“I always tell them ‘when you hear shots don’t look around to see where it’s coming from – just get down… I never thought I’d be coming out here for my child.” These are Chris “Quest” Rainey’s words from a short film by Jonathan Olshefski that was screened on Saturday night at Circle of Hope Broad and Washington. 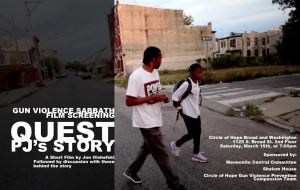 About 20 people gathered to watch the premier/rough draft screening of “Quest: PJ’s Story” PJ is Quest’s daughter who was shot in the eye by a stray bullet in June, 2013. The story itself is enough to make you cry, but especially so because Jonathan told it in a quiet, unadorned way that brought each person’s humanity and dignity to the forefront and held it there gently with honor. Tiny details in focus as the bigger story unfolded. His filmmaking freed the audience to connect with the characters on a deeper level than the sensational surface- a beautiful girl caught in the cross fire in “mean North Philly.”

Those gathered learned afterward in a Q&A session with the Rainey family that this intimacy on screen has its source in the intimacy off screen. Quest was telling stories of Jon and his friendship over the past 8 years. Quest welcomed Jon into his world, an underground hip-hop recording studio, and Jon invited Quest into his world, including a wild time at warped tour a few years back when Jon left Quest stranded in New Jersey because Jon left the show in an ambulance to go and get some stitches for his mosh pit injuries. I was moved by their friendship and hopeful about what God will do in our future. 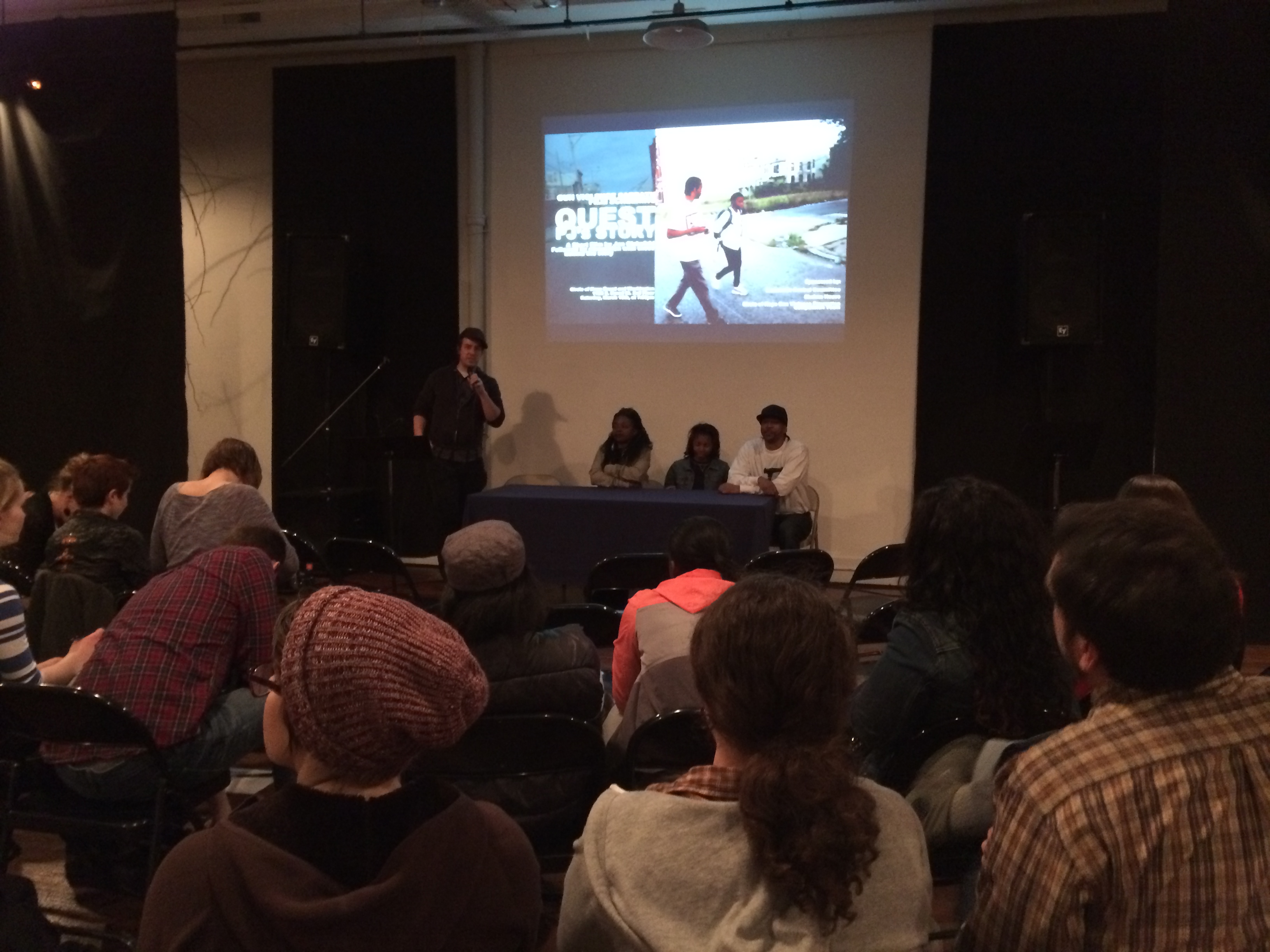 I put together this film screening with Jon because I had to do something personally to respond to gun violence in our city. I am torn up about the prevalence of our gun culture and the casual violence it precipitates. It was a good timing too because Mennonite Central Committee, our international advocacy and development organization, was getting us involved with the Gun Violence Prevention Sabbath Weekend – a time to focus communities of faith across the country on our increasing culture of violence.

The forming Circle of Hope Gun Violence Prevention Compassion Team hosted the event and I am hopeful that as this group takes shape we will find more ways to share the human stories that stem from easily accessible guns and our country’s idolatrous fascination with firearms. In the process Circle of Hope will be known for the people of compassion who follow the source of Compassion, Jesus the Christ. And that is what I am all about.

2 Replies to “Gun Violence and Compassion”