It was one of those decades where life just seemed infinitely more fun, especially for a 20-something hopelessly addicted to pop culture. We knew Jenny McCarthy as the smoking hot co-host of Singled Out, long before she became co-host of The View (oh Jenny, why?) We witnessed the birth of the modern reality show genre with The Real World. We rocked out to The Wallflowers, Nirvana and Third Eye Blind. We owned thousands upon thousands of pogs that absolutely none of us knew how to play, but we just had to have them because they were there. We tried for weeks to teach our furby to say curse words, to absolutely no avail. You’re fooling yourself if you think you can look back on any of those things without even the slightest pang of nostalgia. 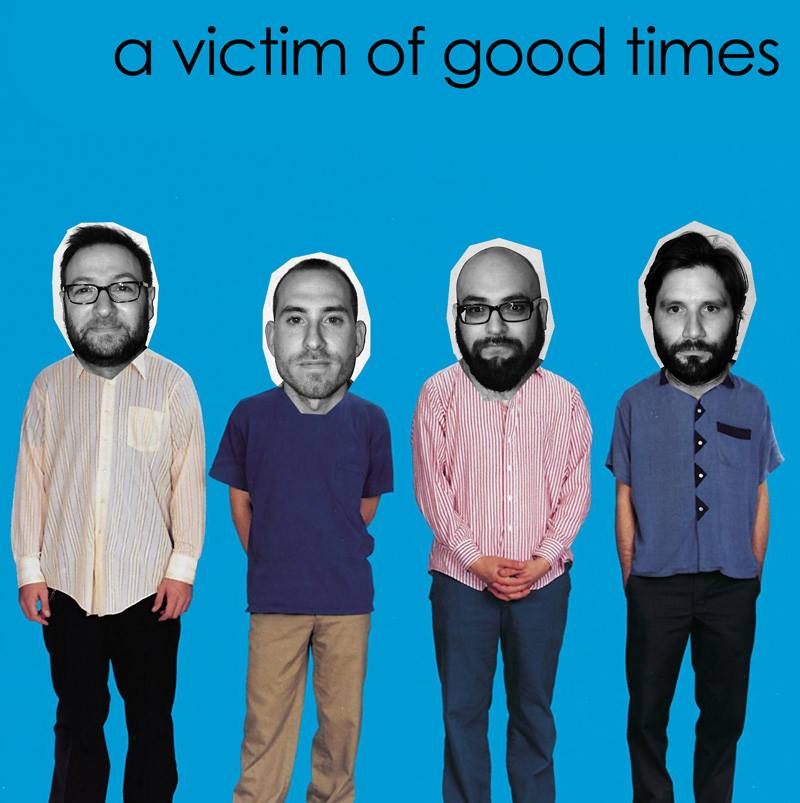 When The Full Catastrophe, the debut full-length album from A Victim of Good Times, arrived in my inbox, I was intrigued by its blurb, which brazenly described the overall sound as having “[drawn] on 90s indie rock mainstays Dinosaur Jr, Pixies, Modest Mouse and Sunny Day Real Estate.” That, as some of you might’ve guessed, was very much my scene at the time, and I was skeptical that these guys could pull it off. I’m happy to say, I was actually wrong about that.

The moment that “Cool With Me”, the breezy and enjoyable opening track, began to play, I felt as though I was transported back to 1997. For the next 35 minutes, A Victim of Good Times effortlessly emulates everything that made 90s indie rock such an enjoyable genre, with barely restrained intensity of “Rash”, the melancholy introspection of “Loyalton” and the infinitely catchy “Balloons.”

There isn’t a weak track in this entire collection. I mean it – even the songs that didn’t appeal to me at first, such as “Evening Fires” and “Theme to an 80s Movie”, began to grow on me with every subsequent listen. I think the key is the solid, entertaining way in which they are delivered. The craftsmanship of this record is to be admired; it is clear these guys know what they are doing, and that they also have a great time while they’re doing it. It’s a versatile set of tunes as well. You could plug this in for a road trip, or you could use it as the background of a low-key get together with friends. With clever lyrics and melodies that instantly remind you of a more carefree time, The Full Catastrophe will prove to be a worthy addition to any listener’s collection, especially those that long for the days when the most complicated quandary in your life was whether to watch WCW or WWF.

For more info about the band, tour dates and to stream The Full Catastrophe, check out avictimofgoodtimes.com.