The following review was written for thepaintedman.com a few years back when this was a new-ish album… since that time Jello and this all star punk rock outfit released another album, which is equally awesome. So, check this review out, then go download this album, as well as the latest, White People and the Damage Done.

There aren’t many metal infused punk rock albums I’ve returned to over and over. Enhanced Methods of Questioning, the sophomore release from Jello Biafra and the Guantanamo School of Medicine, keeps me coming back for more leftist sarcasm, crunchy guitar, and soaring solos. This album simply rocks your face off and reminds you why you fell in love with Jello Biafra’s unique vocal personality in the first place. This is Jello at his best: wailing into the mic with all the anger he can muster at a society that revolts him. His revulsion is our pleasure in this fun and experimental punk album.

The experience of veterans Biafra, bassist Billy Gould (Faith No More), and the rest is clear in this solidly tight album that delivers straight forward punk tunes such as “Invasion of the Mind Snatchers” and “Victory Stinks” right alongside experiments like “Metamorphosis Exploration on Deviant Street Jam”. How many EP’s come packed with an 18+ minute song right smack in the middle? Only a punk rock super-group from San Fransisco could off this fusion of stoner jam music and metal so well.

After hanging on for 18 minutes of a slow building jam session, “Dot Com Monte Carlo” comes in as a breath of punk rock fresh air, with fast paced rhythm and biting commentary on the band’s San Fransisco hometown. Jello’s voice carries the catchy melody that is my high point of this album. 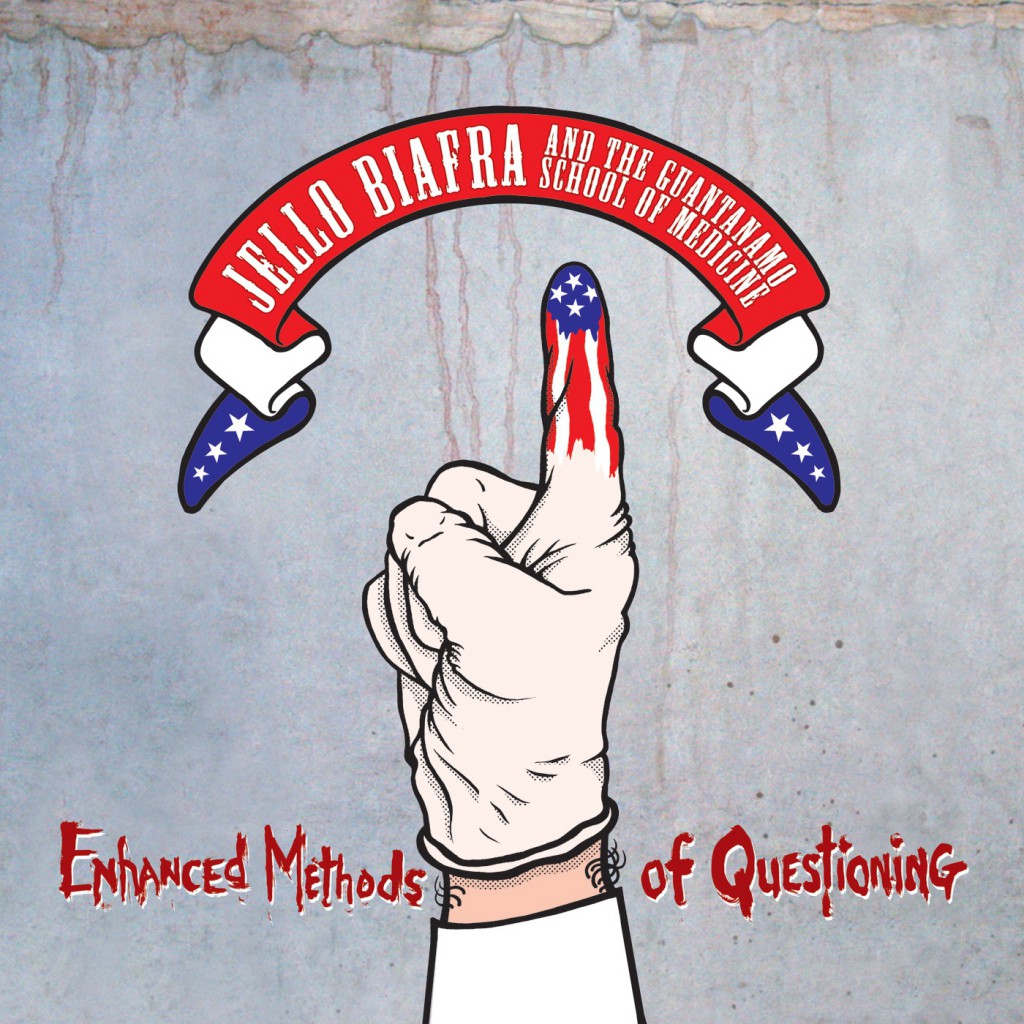 The guitar work on this album does more than fill in the gaps and provide the energy backdrop for Biafra’s vocals. Tracks like “Miracle Penis Highway” showcase the guitar talent that the band is offering. If you can listen through your laughter at Biafra’s hoots of “hip hip hooray” you’ll catch seasoned guitar talent exploring a more energetic version of the fusion found in track “Metamorphosis.” This is not your parent’s San Fransisco punk album.

Like anything punk rock, this album compresses tons of energy into one fast, face smashing package. The only thing wrong with this album is that it ends too quickly. Biafra’s addictingly interesting vocals in this mix of catchy punk tunes and thrashing metal guitar solos could have carried me for several more tracks. They say leave your audience wanting more, and this album does just that. As a second release, Enhanced Methods of Questioning gives all the best that their first album the Audacity of Hype had to offer but proves the band is ready to have some fun and explore what having such a talented mix can offer.

10 out of 10 Green Party Nominations

2 Replies to “Jello is More Punk Rock Than You”