Mega Ran is awesome. We all already know this, right? But, do you know about The Lo-Classics? Probably not, but you should!

But to take it to the next level, Ran and the Lo-Classics have been working together for live shows the last few years. For example, they rocked (along with K. Murdock) at PAX last year.

And, most recently, Ran and the crew took a documentary crew on a mini-tour and put together a killer documentary. Fun, interesting, and full of good music, this 34 minute doc is a must see. But, you don’t have to take my word for it because Ran is giving away a copy here on The Farsighted.

What do you have to do to win? Well, it’s simple. One of the biggest themes of the documentary is friendship. So, the theme of the contest is friendship.

First, pick a friend who you think would dig some video game inspired hip hop.

Next, play them a track by Ran.

Then, let us know via Twitter what your friend thought with the hashtag “#MegaRanIsMyFriend”
(For example, “I played ‘Dream Master’ for @thepaintedman and he couldn’t stop dancing #MegaRanIsMyFriend http://bit.ly/1vCxcww”)

And for every tweet between now and Thursday October 9th at 11:59 PM EST you get an entry!

Awesome right? Just like the Mega-Lo-Mania is! Although short, you get to see the behind the scenes of their mini-tour, the history of how they started working together, a bit about Ran’s history, and you get to watch them perform live. It won’t necessarily fulfill your every desire, but it will definitely serve as an awesome gateway into the world of Mega Ran, the Lo-Classics, and the world of nerd rap. 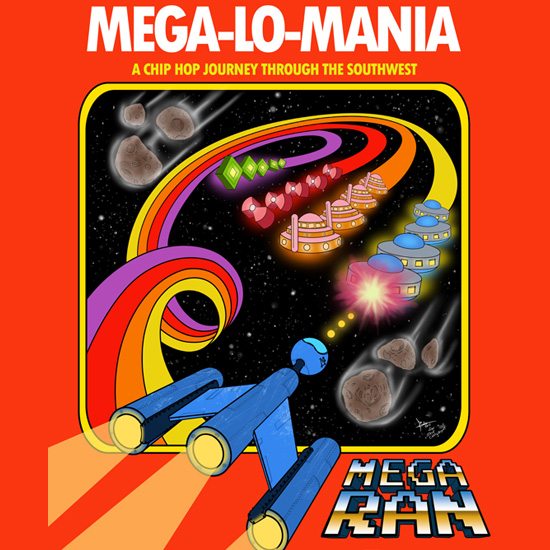