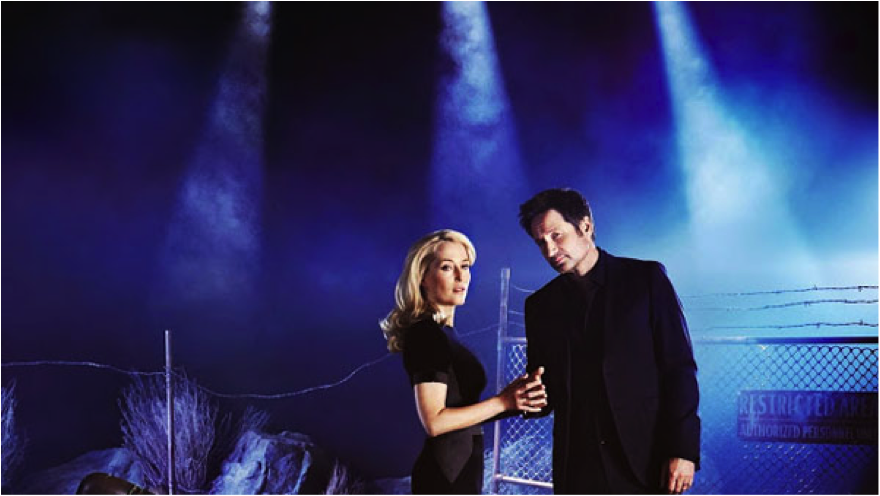 Let’s get this out of the way: I’m an X-Phile, through and through.

As the name would suggest, X-Philes are a rare breed of entertainment consumers who swear allegiance to the TV show The X-Files. With 201 episodes, we have spent at least 201 hours of our lives watching Mulder and Scully ask the big questions and chase the big, scary monsters. Personally, I’ve seen the original series three-times through, with favorite episodes re-watched here or there, and of course, multiple viewings of the two movies. Realistically, let’s call it 700 hours of my life dedicated to finding Mulder’s stupid sister. Let us not mention The Philosophy of The X-Files book, or the Season 10 comic book series. I also bought the IDM board game.

There’s a simpler word for what I am. It’s called a nerd, and I understand that.

The truth… is that we X-Philes absorbed any and all X-Files we could get, because when the series ended in 2001, the show was over. That was it. Gone. Dunzo. Poof. Like the proof Mulder could never quite attain, The X-Files disappeared, almost as if it were never really there. And remember, TV shows didn’t come back from the dead back then. When they ended, they ended. When they were cancelled, they cancelled. So, we X-Philes became our special class of nerds, quietly holding onto the spooky, nostalgic memories of something that would never exist again.

Until it existed again.

And The X-Files came back. And now my board game, comics and books look less like collector’s items, and more like an obvious case of dork. But I’ll take it! 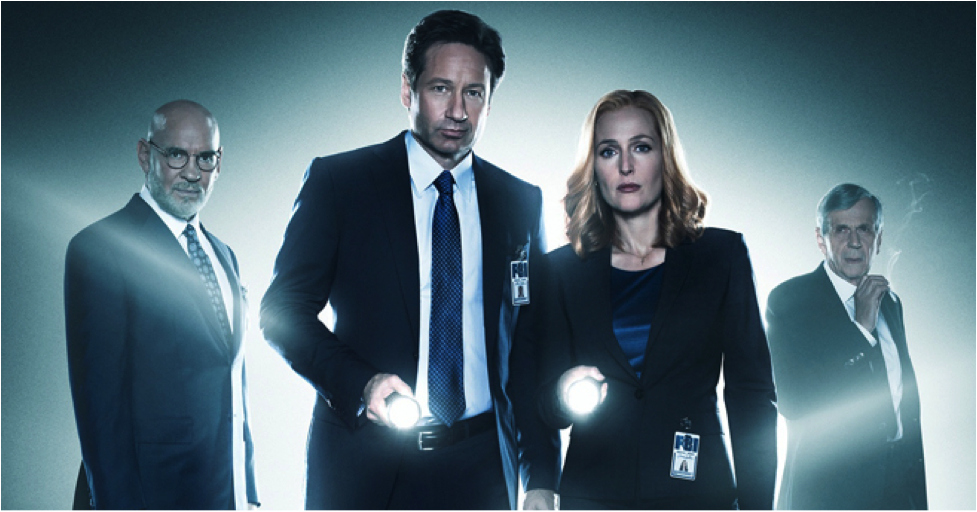 When the 6-episode revival was announced in 2015, X-Philes everywhere squealed. Windshields shattered. Dogs on carpets raised their heads.

This sequel squeal of excitement was soon replaced by the heavy breathing of concern. We had been here before, hadn’t we? Expectations raised only to be dashed: the 2001 series finale, and the 2008 film, The X-Files: I Want to Believe. Not altogether awful, but not in any way a satisfying conclusion to the viewer’s journey of finding the Truth.

It’s a concern that makes X-Philes like me especially guarded. I can only relate it to being a Weezer fan (who never quite deliver on that next great album), or what I assume it’s like being a Buffalo Bills fan (due to, of course, the ill plotting of the Cigarette Smoking Man).

Moving forward into this new season, and with the benefit of experience behind me, I did what any rational X-Phile would do: I lowered my expectations.

So to all of the critics who are using high expectations as ammunition against this new series, I say: Put down your guns and pick up your flashlights! (I had to go there and I’m sorry). The X-Files revival isn’t about making a masterpiece, but about engaging viewers with an earned brand of science fiction that only The X-Files can do. It’s sometimes dark, sometimes campy, sometimes heartbreaking, and sometimes flat out awful. Sometimes, it’s also really, really good.

This is what I expected going in, and it’s exactly what I got. 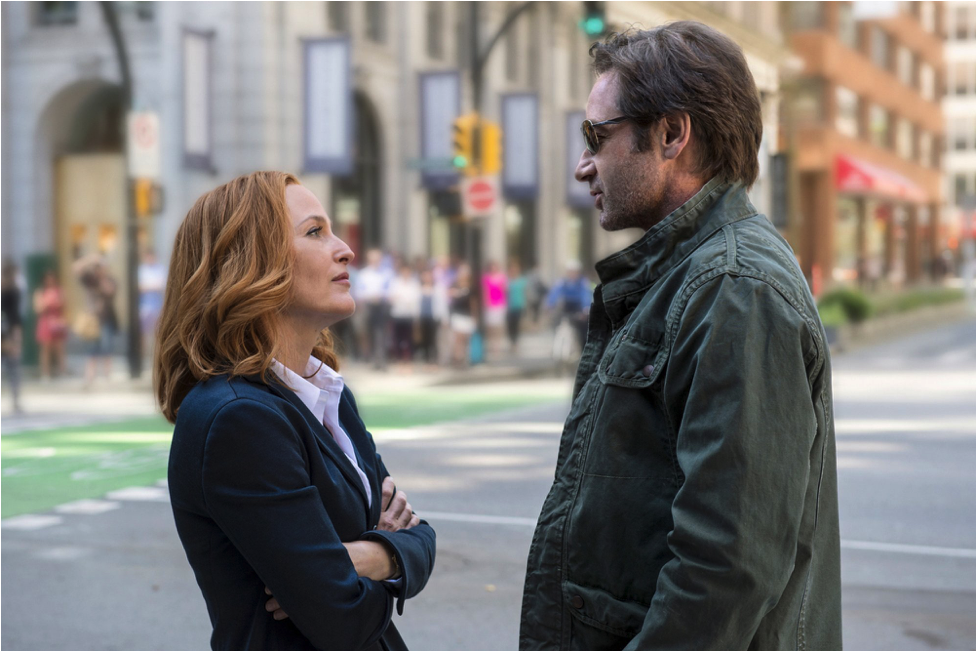 The X-Files has a long, rich history of pushing the bounds of television drama. Their glorious submarine shots and moving train sequences of the early ‘90s prove that they were one of the first shows to make a TV budget look like a film budget. But now that we’re in the Golden Age of Television, and that The X-Files budget is on par with most other big shows, and that anyone with a computer can make semi-decent special effects for half the cost, the opening scene — a CGI-heavy UFO crash — felt like a missed opportunity.

Yes, I get it. FOX wanted to make a big impression to a post-NFC Championship game audience. And sure, they actually built the craft and it looks awesome in the background of other practical shots. The CGI sequence, for me, just doesn’t land.

Later, 15 – 20 minutes into an uneven, busy episode, and X-Philes everywhere collectively slapped their foreheads, saying, “This is what you give your massive NFL audience? This episode?” It’s not that we lost hope. Fans knew the season would get better as it continued, and of course, it did. But come on. This episode? You start here?

What works: The new mythology is actually fairly intriguing. And Joel McHale is great.

What’s flawed: All reunion scenes were underplayed to the extreme. It was as if seeing Mulder and Scully together was no big deal. Even fan favorite A.D. Skinner’s reunion felt like an afterthought. “Oh, throw him in somewhere.” 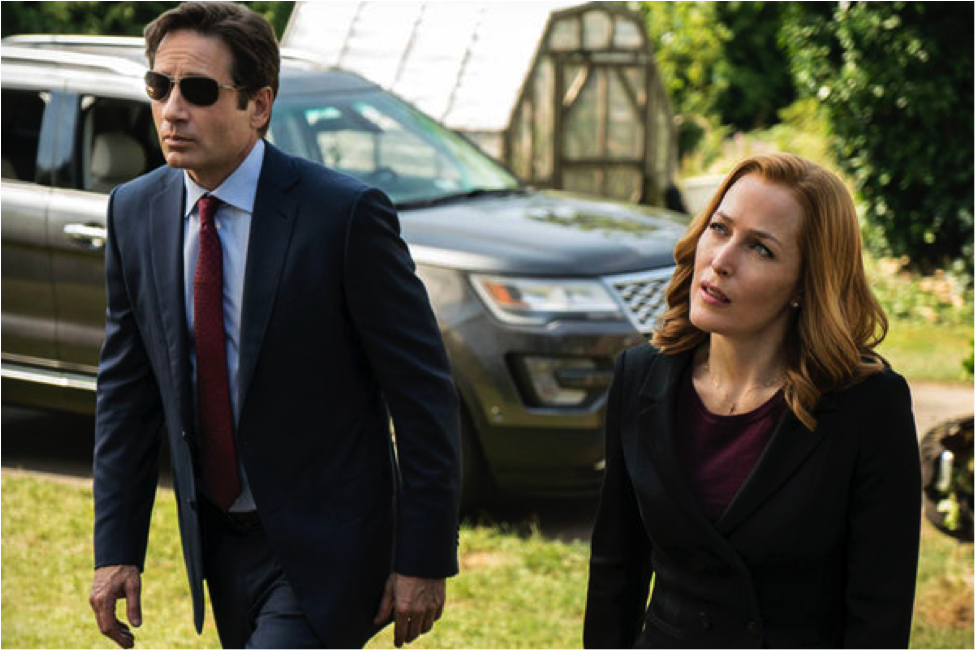 That said, a monster episode is exactly what we needed. The scale of Carter’s mythology is just too large to thrive in a six-episode season. It also helps to have James Wong back. From the cold open to the close, writer/director Wong is dialed in, helming a tight, focused production.

The “monster” plot is obviously so-so. Its main goal is not to terrify, but rather, to set up a discussion about William, the missing love-child-possible-alien-baby of Mulder and Scully. And here is where The X-Files breaks new ground. Before — monster episodes and mythology episodes were as divided as beans and tomatoes in a 7-layer dip. There just wasn’t room.

Ultimately, “Founder’s Mutation” works because the pace slows down and we get that much needed character time, but I’d be remiss not to mention the gross-out time too. That image of the baby poking through the mother’s womb (post car-crash) has stuck with me and I’m not sure when I’ll shake it. It’s disgusting and oh so classic X-Files.

What works: That final shot of Mulder staring at the kitchen table, alone, reflecting on his lost years of fatherhood. It’s a reveal that he, too, suffers the same as Scully. And yet, it’s all unspoken. It’s poignant, beautiful storytelling.

What’s flawed: A.D. Skinner! Can we please give him more than 2 minutes of screen time? 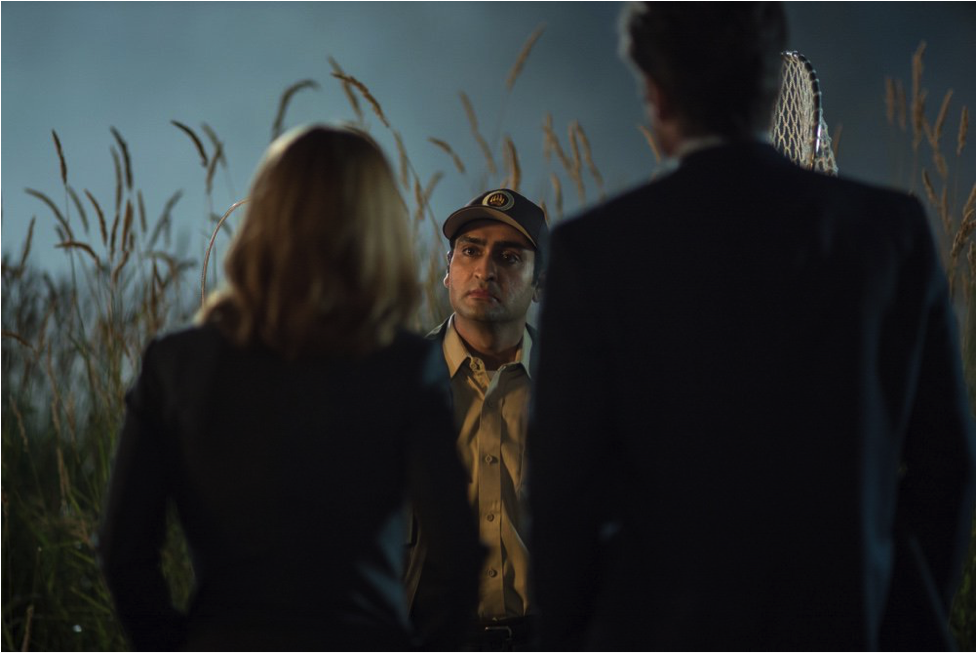 If you’ve read this far into my review, then I can only assume that you’re a dedicated X-Phile who knows who Darin Morgan is. If by chance you’re not, then let’s briefly explain:

Darin Morgan wrote some of the best and quirkiest episodes of the entire series (I still believe Vince Gilligan pushed and elevated The X-Files more than any other monster writer, but that’s a debate for another time). Fan favorites like “Jose Chung’s From Outer Space” and “Clyde Bruckman’s Final Repose” were Darin’s culturally subversive babies. Darin was also in makeup as fan-favorite monster, The Flukeman (as his default IMDB profile picture will confirm). Then he left and went and did other stuff that wasn’t as cool and no one heard from him ever again.

If Chris Carter did anything right this season, it was his decision to dedicate one whole episode of his short, six-episode season to Darin.

News of “Were-Monster” also made buzz for the casting of stand-up comedian, Silicon Valley actor, and fellow X-Phile Kumail Najiani. His podcast, The X-Files Files, was instrumental in catalyzing widespread interest for the series’ return. Kumail is a big fan of Darin’s work, so it was extra special to see him cast in this episode. *Kumail’s voice* It was, like, you know, seeing that your dreams could come true, or something.

Unlike the previous episode, “Were-Monster” doesn’t pull a thread from the overarching storyline and weave it into the plot. Themes from the season, however, certainly arise, most prominently Mulder’s middle age, explored here with farce and satire.

“Were-Monster” also gives us one of the best TV science fiction plot twists I’ve seen in quite some time. The monster, in this case, is not the amiable lizard man, but rather a human who attacked the lizard man, infecting him with the disease of humanity:

“All I could think about was how much I hated my job. But I was too overcome with human fear to quit. How would I pay my bills? Without a job, I’d… I’d never get a loan and start a mortgage, whatever that is. Already I was terrified I wasn’t saving enough for my retirement. And what else was I supposed to do?” Guy Mann (Lizard Man)

There’s a lot to be said here about what it means to be human in the 21st Century, and it’s interesting that Guy is speaking to Mulder. We’ve never known Mulder to care about the every day pressures of human existence, but now we wonder if he does.

It’s a fantastic episode that deserves to be better unraveled. Funny. Charming. Subversive. But it’s also not without missed opportunities. What’s missing, for me, is Darin’s ability to frighten us in the midst of his slapstick. “Were-Monster” is 100% comedy and the episode suffers from it.

What’s flawed: The ending. Kumail’s last scene was funny, but I wanted more of a climax. Instead we get more laughs. That was the point, I know. But still. I wanted something more.

Extra Point: Should be called, “Mulder and Scully Solve a Case,” because that never happens!

Come back next week for the 2nd half of my X-Files revival review. Hopefully we’ll get something remotely satisfying.

Kevin Carr is a blogger, journalist and (aspiring) short-fiction writer. Raised by The Simpsons, fascinated by 90's horror, and tirelessly addicted to IMDb, Kevin is hoping to some day win an Olympic gold medal in the category of "Scene It." He lives with his wife in the Pacific Northwest, and you can find his blog at TheNumberKevin.com and on Twitter