When it comes to Broadway, it’s hard to argue with Andrew Lloyd Webber, especially when bringing a little bit rock n’ roll to the stage. And we already know that Webber can bring his music to children (yours truly was Simeon’s wife in her high school production of Joseph and the Amazing Technicolor Dreamcoat, after all). So it makes sense that he was called upon to adapt the Jack Black-fronted film School of Rock to the Great White Way.

And say what you want about the story—the music is good.

The musical, with lyrics penned by Glenn Slater and book by Julian Fellowes, is a fun listen. Highlights include many of the songs lead by Dewey Finn (played by Alex Brightman), such as show opener “When I Climb to the Top of Mount Rock” and “You’re in the Band.” Brightman plays his very best Jack Black, and you can hear it in the songs. Brightman brings a strong voice and enough goofiness to play to his young audience. 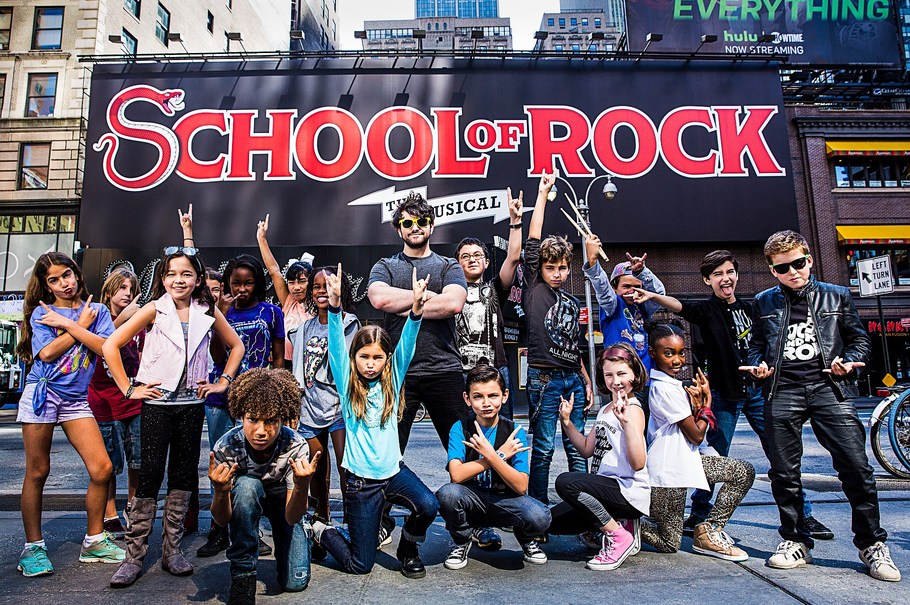 Which brings us to the other highlight—the children get a lot of voice in the musical. Though you can tell all the characters have a lot of heart, it’s the children who really tug at your heartstrings. “If Only You Would Listen” is a ballad-like song that really makes you feel the loneliness there is to being a kid sometimes: adults want you to succeed, but don’t let you have a say in what success looks like to you. And the kids are very talented. Their voices blend nicely and they really touch your heart.

Other numbers are catchy, but don’t hit as well. Girlfriend to the real Ned Schneebly (played by Spencer Moses) and girl fiend to Dewey Patty Di Marco (played by Mamie Parris) sings “Give Up Your Dreams,” which has a point (everyone has to grow up!) but is perhaps a little harsh, and in fact, didn’t make the final cut of the show. “I’m Too Hot for You,” performed by Dewey’s (former) band No Vacancy is believable as a bar band number but doesn’t add much to the story. More focus on the lives of the children would have added to the experience. On the other hand, Rosalie Mullins (played by Sierra Boggess) is a delight to listen to, particularly in her number, “Where Did the Rock Go?” She also displays her excellent and classical voice in “Queen of the Night,” showing that classical musical is still a contender with rock. 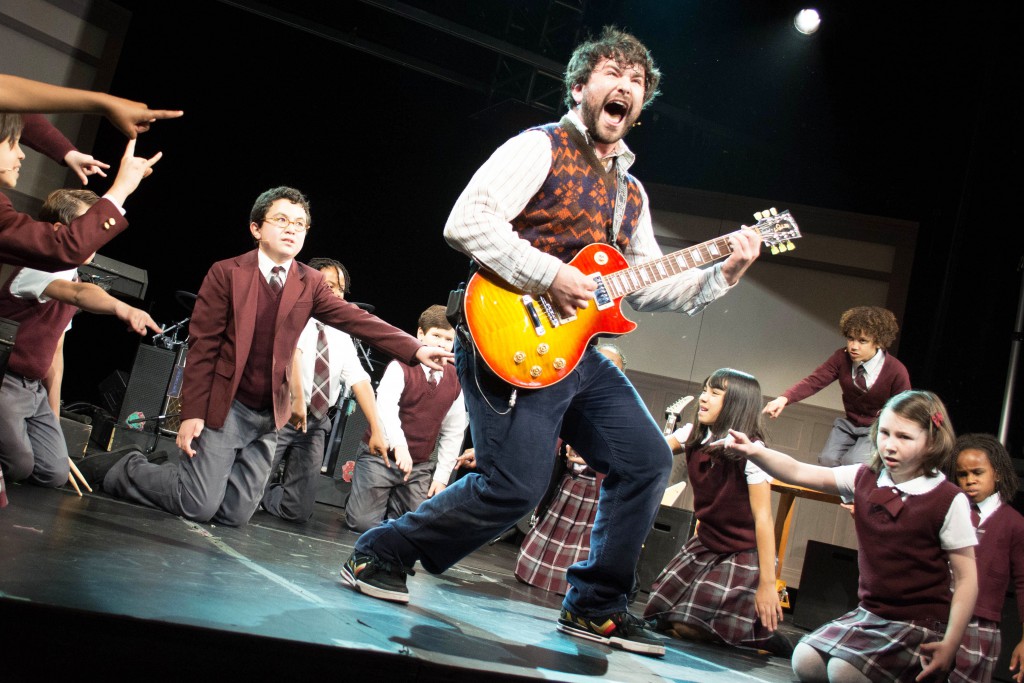 The only real complaint I have about the recording is the finale. The resolution comes quickly and is not overwhelmingly satisfying, though this likely has more to do with the original screenplay than it does with the musical. Finales for musicals should be one of the bigger and louder numbers in the show, in my opinion. You want to leave the audience singing, especially in such a feel-good musical like this one. However, it’s possible that seeing the finale in person would add to the experience. It’s hard to judge these things completely when you’re only listening.

Overall, if you liked the movie, you’re going to like the musical. The cast recording includes three Jack Black originals from the film: “The Legend of the Rent,” “The Math Song,” and “Teacher’s Pet,” so those familiar with the movie will recognize them. The story stays true to the movie and would make a fun family trip. So all you rockers out there trying to raise your kids right, check out School of Rock!