“Giallo” (or the plural “gialli”) is the Italian word for yellow and is used as a descriptor for the subgenre of Italian murder mystery films. It is so named after the yellow spines that identified Italian thriller novels on the shelves. Gialli are the predecessors to the slasher films of the 80s and 90s. Notable directors in the subgenre include Dario Argento, Lucio Fulci, and Mario Bava.

AND, luckily for us, The Grindhouse Channel has a nice selection of lesser known gialli, including the two films we’re looking out today. 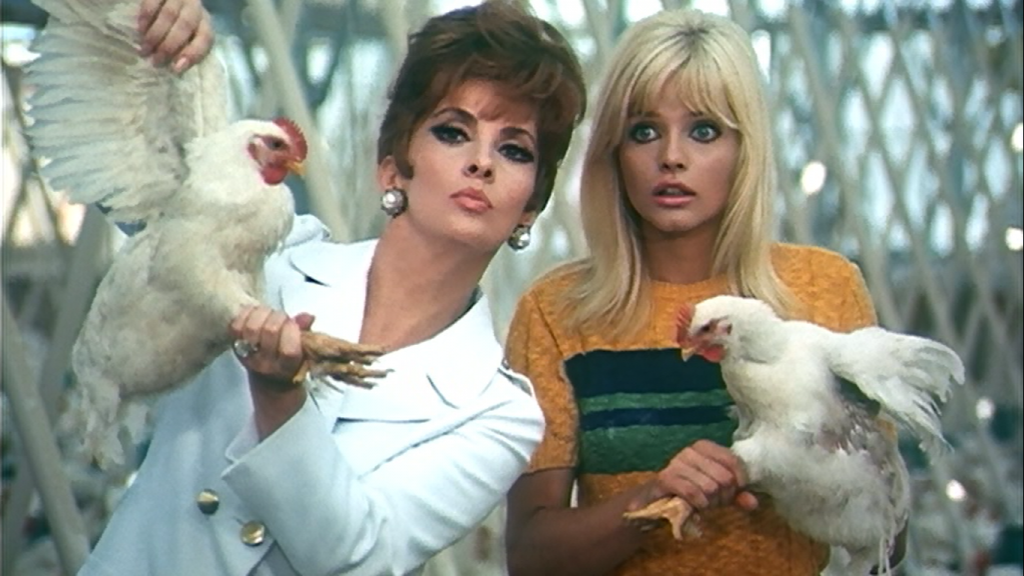 Death Laid an Egg is a film that I began watching on a whim today while laying in bed awaiting a phone call. I found myself really enjoying the 1968 Giulio Questi slasher. In addition to the giallo pre-reqs, it had interesting drug influences and a sci-fi bent. As it was my first Giulio Questi film, I can’t speak to his breadth of work, but the story here has some really interesting twists and turns that make it a great example of what good gialli are supposed to be.

While Death Laid an Egg was an early contribution to the subgenre, The House of the Yellow Carpet comes from closer to the tail end of the giallo movement, 1983 (therefore, I was actually alive when this film was released). Director Carlo Lizzani was another new name to me when I stumbled onto this film. Looking at his filmography, it seems that his body of work is broad with very few entries into horror/thriller genre films. He has a few notable crime drama entries that are extremely intriguing to me and perhaps I’ll get to discuss on this site (maybe even in this column) one day.

These aren’t exactly shallow cuts in the giallo movement, as there are many more notable directors and films, but that’s the beauty of diving into these films. When we go deeper than the well known titles in a genre or subgenre, we can often find some true gems.

Whether yellow or something darker, remember to keep grindin’.