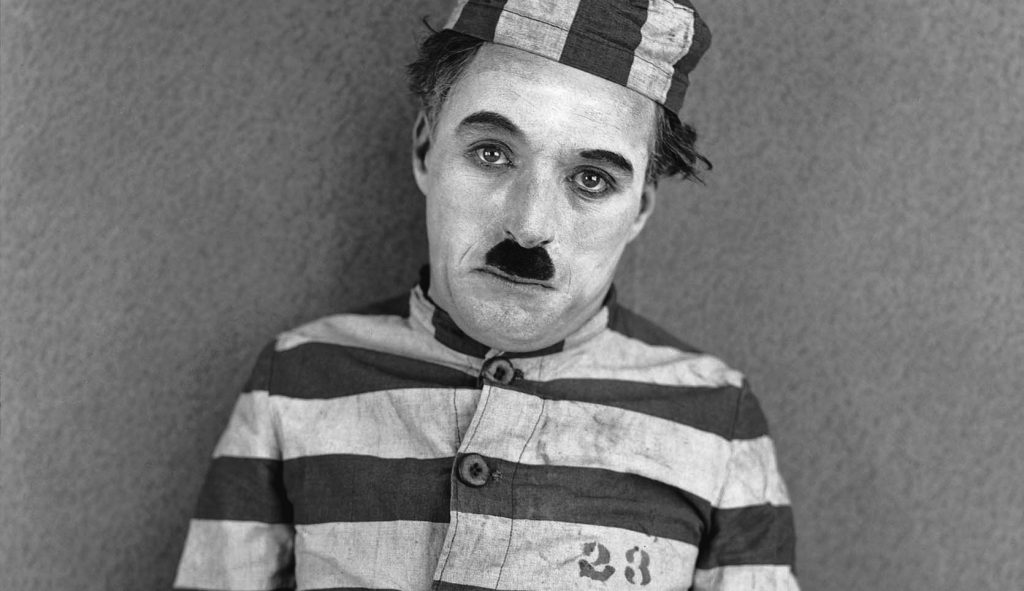 Yesterday the Pew Charitable Trusts Public Safety Performance Project released a report entitled “The Punishment Rate.” It is an excellent piece that offers a fresh new way of looking at the scale of imprisonment in America. Traditionally, analysts have tended to focus in on the prison population as a rate per capita (i.e., the number of those in prison per 100,000 residents). But intuitively, I think, the average citizen cares more about the size of the prison population in relation to the volume of crime that occurs rather than in relation to the number of residents. The basic question is whether our use of imprisonment is proportionate to the volume of crime that occurs? 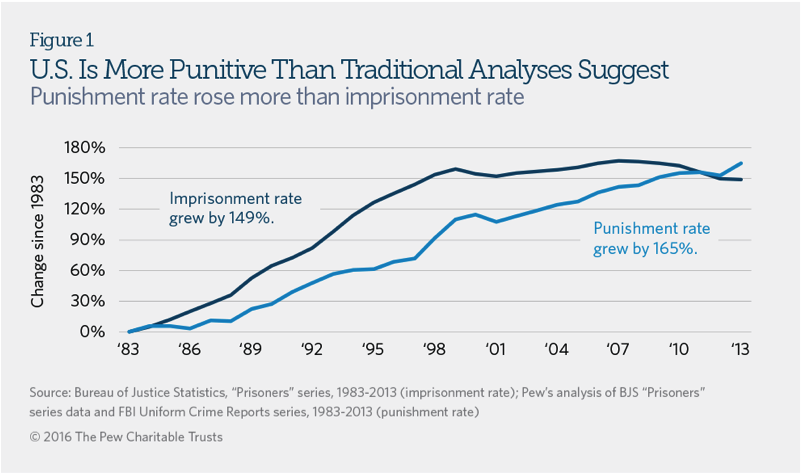 Second, the time series in Figure 1 is as much important for what it doesn’t show as for what it does show. This figure no doubt would looks significantly different if the starting point was 1960 rather than 1983. Several folks, including myself, John Pfaff (Fordham University) and Mark Kleiman (New York University), have calculated unpublished versions similar to the “punishment rate” measure developed for this report, but have indexed the starting point for our analysis in 1960. What we find is that the punishment rate is actually lower than the 1960 level in every year between 1960 and roughly 1993. From roughly 1993 and thereafter it rises steadily upwards as is illustrated in Figure 1 of the Pew report. What does this mean? Well, to me, this means that one could justify our level (and growth) of imprisonment in America from between 1960 and roughly the mid-1990s on the basis that it was a proportionate response to a high, growing crime rate. After about 1993, one can no longer make this argument. In other words, since 1993 it is very difficult to justify our collective increase in the use of imprisonment on the basis of the amount of crime that happens in America. When using 1960 as a reference point, we should’ve stopped our prison build-up in the mid-1990s if we were primarily concerned with building our prison system to respond to crime.

An extension of the above observation is that this type of analysis might be useful in helping us to figure out how to “right-size” our prison population. In other words, the question is “by what size should we aim to reduce the U.S. prison population?” This is a very multi-dimensional and value-laden question that one measure alone is not going to answer, but it may help to provide one objective measure in trying to answer this. The question is a valid one to ask of those in the business of pushing prison reform. Most avoid answering this question. Some have set a goal. For example the group #Cut50 has set a goal of reducing the prison population by 50% over the next 10 years. My guess is that we could safely reduce the total state prison population in the U.S. by rough 30% and not realize a significant crime increase. Reducing the total prison population by 30% would put us back to the 1994 level, which, as I previously noted, is the point where the punishment rate started to grow above the 1960 level. The early 1960s and preceding decades was a time of mostly stable (and lower) crime and imprisonment rates, so this seems to be a good reference point to aim for. What would a 30% cut in the total state prison population look like in terms of less inmates? It would mean approximately 392,000 less inmates than we have today.

I think Pennsylvania could be cut by even more than 30%. Recall that Pennsylvania’s punishment rate is 11th highest in the nation according to the new Pew report. To bring us back to the 1994 level, Pennsylvania would need to reduce its prison population by approximately 45%. This translates into nearly 22,700 less inmates, which would be the equivalent of emptying roughly eight prisons full of inmates.

The Pew report is an important report that will surely generate much discussion and make a significant contribution to the national conversation on prison reform. It would be wonderful to see more of this kind of analysis. It is crucial to remember what our goal should be, and that is to have less crime AND less punishment! 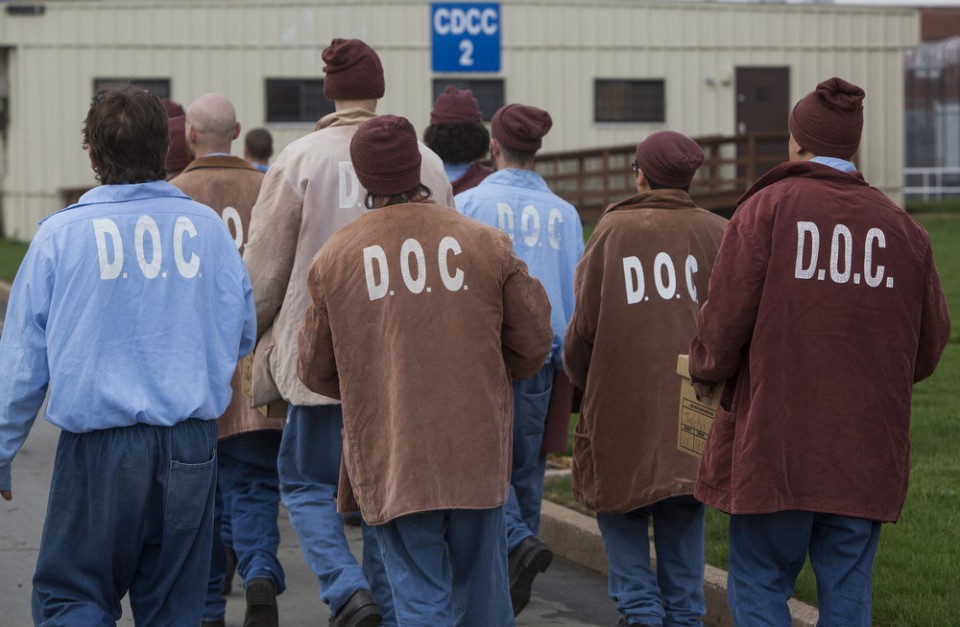