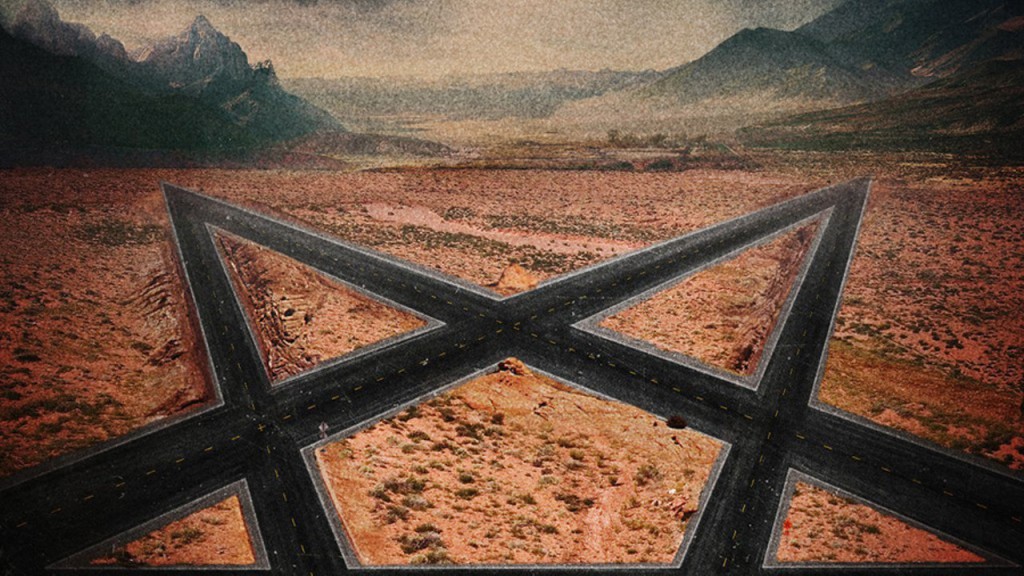 Southbound is a horror anthology without that dose not resort to an overall framing device beyond it’s locations along the same lonely stretch of highway. By avoiding these overt framing like the VHS tapes in V/H/S, a previous film by these folks, each story is free to dovetail into the next in a way that provides more connective tissue between bit than your average anthology.

The first story, Radio Silence‘s segment “The Way In” hits on some of my favorite horror tropes of the moment: an impossible space represented here in a stretch of road and gas station, unthinkable monsters sitting on the edge of perception and the rust and dust of human neglect that slams them together.

The second, Roxanne Benjamin’s “Siren” is a typical friends in distress story. Focusing on a broken down touring band that is saved from their plight on the deserted desert road by some mid-century relics of a couple that are creepy from word one. This is that bit that seemed like it was building to a better payoff than it did and given more time I imagine it could have. Giving this story ten minutes more and I think it could have risen to be one the best segment of the flick as it laid the most interesting groundwork.

The next story, David Bruckner’s “The Accident” a tale of a freak highway accident, was by far my favorite. This was a morality play plunged into the guts of a visceral piece of body horror that stays grounded in the mundane horrors that exist around us. The director of this segment’s mom was an ER nurse and you can see how those stories effected the creator’s sense of dread in the material. I think cobbling together the scraps of childhood fears that emerge from where we are connected unready to the adult world around us can create the most lasting and full-bodied horrors.

The fourth story Patrick Horvath’s (the only creator in the roster who wasn’t involved with V/H/S) “Jailbreak” the bit with the best performances overall by it’s cast is about a sleepy bar (the on-the-nose named “The Trap”) full of secrets that come out during a hold-up that is about more than it seems. A little bit Nightbreed spread over a man-on-a-mission structure. Like “Siren”, it could have used a few more moments to unpack the plight of the characters, particularly how this segment connected to the others (as it was the most interesting connection of the anthology). 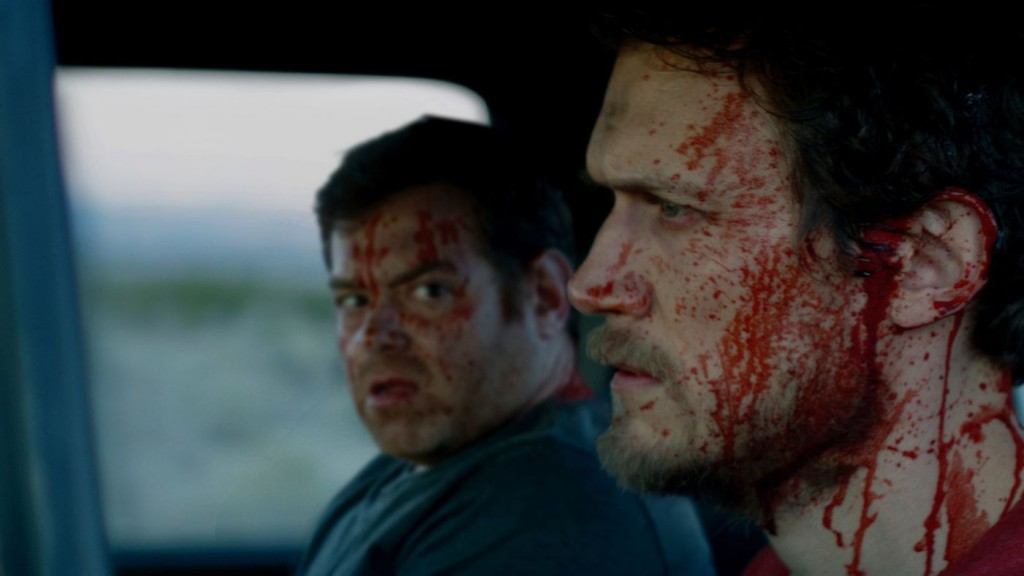 The final story ties it all together in the midst of a home invasion horror of a family on their last pre-empty nest hurrah before their teenage daughter leaves for college. Their vacation home becomes their prison as they attempt to piece together why they have been targeted by their masked intruders.

So as not to spoil the film I’ll tread carefully, but this is one of those unfortunate movies that require you to do a little research outside of the film before it moves from good to great. With a few blink and you’ll miss it clues and background material that would demand repeated viewings, an overarching story better than the sum of it’s parts emerges for the film. If you just throw the flick on and watch un-carefully you end up missing out. Heck, even watching it how you thought was plenty careful like I did and you’ll still need some help from Wikipedia afterwards. A casual viewing is a good horror experience, but an in-depth view brings out a much more interesting experience.

Between Southbound and V/H/S this cohort has proved to be on the edge of good, mainstream horror of the moment and every piece created by these creators should be anticipated and enjoyed. 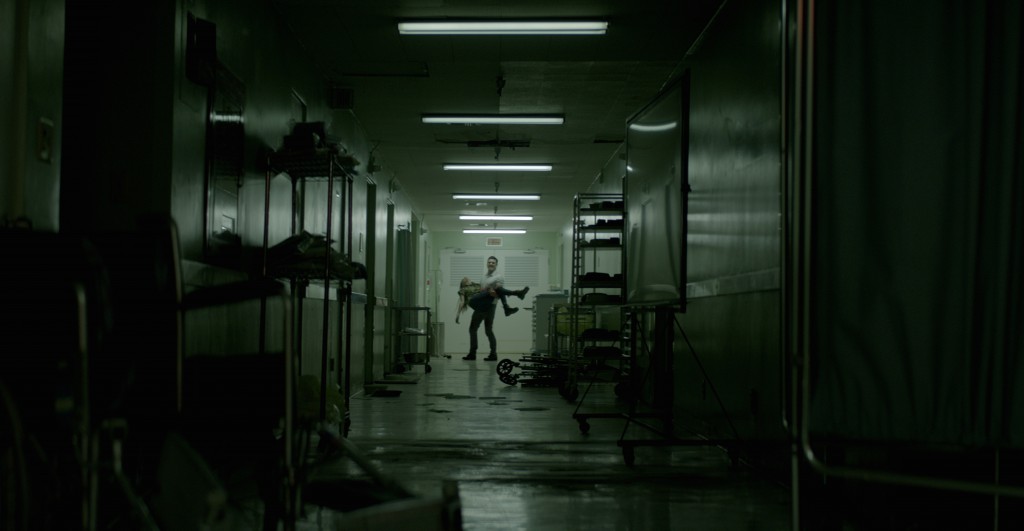