[Editor’s Note: Welcome another great addition to the team with his brand new column Bloodstained and Hard Boiled: Dispatches from World Crime Cinema. This is a journey that I am very excited to embark on with you all. Professor Royal is here to teach us some film history.]

Let’s start this column off of a little bit of controversy.

What people think of as Giallo, is not entirely giallo.

While the Giallo has it’s ties within gothic literature dynamics and therefore a part of the horror landscape, it is, of its bare essence a mystery sub genre. Right down to the yellow book binding that bears its name. Sure we start of with monsters and psycho killers, but in the end of the day, the masks are pulled of, the riddles are solved and we all live happily ever after.

And horror fans are none the wiser for it.

Seriously, you mention Giallo and horror fans will start firing off the big names… Argento, Fulci and maybe one or both members of la famiglia Bava. You ask them to name a gialli from each director however, they’ll name possibly the least giallo ever. From Zombi 2, to Demoni (Demons), to even  Tre Maters (The Three Mothers), these movies are the least gialli and are more pure horror. And I don’t blame horror fans for this slight one bit. Drive-In marketing and later on with VHS marketing didn’t know how to sell the subgenre, so they heavily relied on the special effects of the movies and sold them as “gory effects and tits” films, undermining the whole mystery angle. It also left behind a lot of good directors who did real Giallo. Thanks to disc media however, these masters will now be unearthed.

Arrow Video’s latest release, Killer Dames, covers the giallo movies of Emilio Miraglia. Now, there’s not much about Miraglia. He’s a workman director who only has a handful of movies to his name mostly in the eurocrime (politzi) genre. But the pinnacle of his career is in these two movies, La notte che Evelyn usci dalla tomba (The Night Evelyn Came Out of The Grave) and La Dama Rossa uccide sette volte(The Red Queen Kills Seven Times). Two of the most real giallos of it’s time.

Evelyn was Miraglia’s first gialli. Co-written with Massimo Felisatti (Strip Nude For Your Killer) and Fabio Pittoru (The Weekend Murders), the movie follows Lord Alan Cunningham (Athony Steffen, A ton of Django films), a man so haunted with the death of his wife, he picks up redheaded prostitutes and beats them against their will in his S&M dungeon. After beating a woman who too closely resembled his wife (Erika Blanc, The Red Headed Corpse) Alan wants to quit his silly fetish. His psychiatrist (Giacomo Rosi Stuart, The Weekend Murders) recommends falling in love with the first person he sees. He takes it one step further and marries Gladys (Martina Malfatti, All The Colors of The Dark), a woman he meet at a party one night. After their marriage however, people start dropping like flies. Has Alan relapsed into something more dangerous? Has Evelyn really risen from her grave?

There are two things that make Evelyn really work. One is taking several Gothic literature tropes and wrapping the modern world around it like a tamale. Yes, it mostly takes place a ruined castle, but we’re eased into this world by a 70’s modern apartment in that castle. We frame a gothic romance with big earrings, nice cars and big collared paisley. The other thing that makes the film great is the cinematographer Gastone di Giovanni (Smiling Maniacs). Before filming the brilliant Death Rides A Horse, his angular camera work and his love of space creates a frightening surrealness to this picture. It can almost be called dreamlike. It is these two things that ultimately caught the eye of American International Pictures for distribution and becoming one of the most popular giallis in the US.

As a sidenote, this wasn’t Stuart and Blanc’s first movie together. They starred and co-starred together in Mario Bava’s Gothic chiller Operazione Paura (Kill, Baby Kill). I highly recommend checking this movie out if you’re interested in checking out the humble beginnings of Italian genre cinema.

La Dama Rossa is by far the better of Miraglia’s gialli. Becoming comfortable with the ins and outs of the genre, Emilio get together again with Pittorru on script and bring a freshman Alfonso Spagnoli (Hercules I and II) as Director of Cinematography. Starring a return Marina Malfatti and powerhouse actress Barbara Bouchet (The French Sex Murders) as cousins Kittie and Fran who are haunted by an ancient curse. Every hundred years, an entity known as The Red Queen appears and murders seven victims. After the death of their grandfather, the Red Queen shows up taking victims. Who is the Red Queen? Why does Kittie seem to know her and can Inspector Taller (Marino Mase, Contamination) get to the bottom to this before Kittie or Fran become the final victims?

Spagnoli with the collaboration of production designer Lorenzo Baraldi are the real MVPs of the movie. Through them, this film becomes a gothic thriller in modern dress. Spagnoli’s camera creates a dreamlike fairy tale that is both beautiful and terrifying at the same time. The apex of collaboration between Spagnoli and Baraldi has to be the dream sequence of the Red Queen running in the newly built Library of Rome. The scene is so haunting, it needs to be seen to believed. On top of that, you have the haunting and catchy soundtrack composed by the Great Bruno Nicola to complete the fairy tale tone of the feature. The music definitely sticks with you. 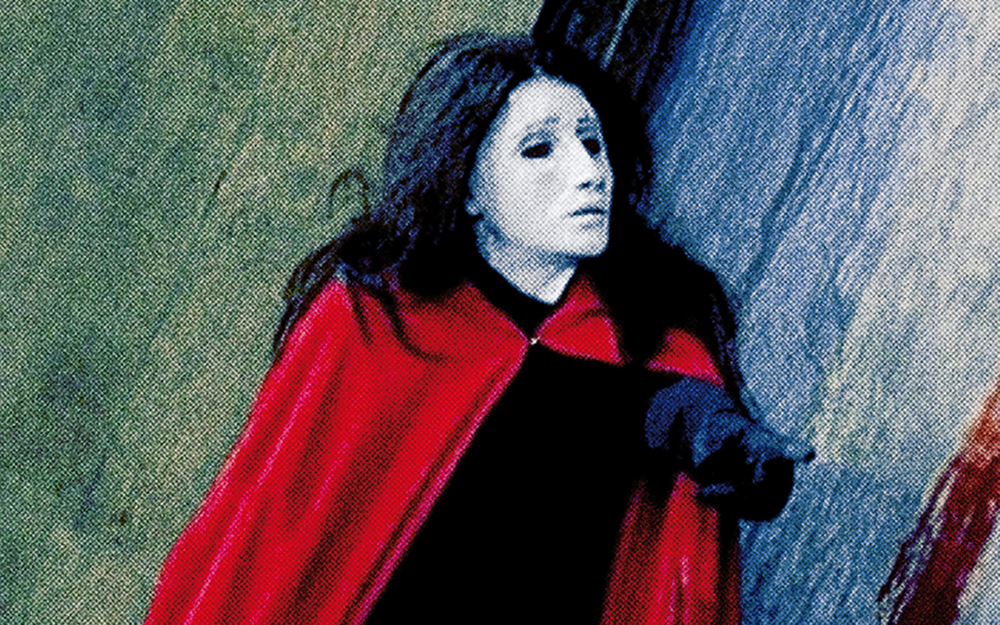 Both films come in an amazing package created by Arrow Video. Not only do you get a Blu and DVD combo for both films, you get a booklet of essays written by specialists like James Blackford, Kat Ellinger, Rachel Nisbet and Leonard Jacobs. In the discs you get interviews with Lorenzo Baraldi, Erika Blanc, Barbara Bouchet and Sybil Danning (The Howling 2 : Stirba) who one of her first starring roles was in in La Dama Rossa. You also get several lectures about films with Stephen Thrower, author of the awesome Nightmare USA. Did I mention the commentary tracks? I did now! Evelyn’s commentary is done by Troy Howarth, author of So Deadly, So Preverse: 50 Years of the Giallo Film and La Dame Rossa’s commentary is a collaborative effort between Dario Argento biographer Alan Jones and Kim Newman, horror film historian and author of Anno Dracula and Nightmare Movies. Add to that both English and Italian cuts of both film with introductions from Erica Blanc and Lorenzo Baraldi, and you have a package that not only is a must have for giallo fans, but also something to loan out to people new to the subgenre.

Get this box set!

….Or I’ll send the Red Queen after you.