You won’t hear many comparisons to other artists in this review of Klank’s album Urban Warfare. That is because Klank is not trying to be anyone else – Klank is just being Klank. The five members: Klank Diolosa – Guitar & Vox, Pat Servedio – guitars, keys & programming, Danny Owsley – guitars, Charlie Parker – Bass, Eric Wilkins – Drums, are a tight unit and prove it by showing their chops on this industrial metal masterpiece. Klank deserves to be right up there with Ministry, Prong, Rammstein, and Fear Factory. They have produced an album that is as good, if not better than, anything the aforementioned bands have done.

After the opening track, the spoken intro “A Call to Arms,” the album gets off to a fast and furious start with the song “Unamused.” Klank Diolosa, as up front in person as he is in his lyrics, makes it clear in this song that he has no time for playing games. “Unamused” has a steady driving beat, and at times, a riff that would fit perfectly in a doom metal song if it were played about twenty times slower.

The title track opens with an air siren and a warning, but slows things down a bit with a steady, but heavy, groove. Here is where the album’s industrial vibe really kicks in. There are some killer samples and sounds thrown into the mix. Whereas many industrial metal bands overuse samples, loops, and sound bites to cover for lack of musicianship or originality, Klank’s guitarist/keyboardist/programmer Pat Servedio uses the techno elements in ways that complement the songs, not take them over. Another thing really distinctive about Urban Warfare is the way Klank Diolosa changes things up vocally throughout the album. On the title track, he switches from the higher register vocal he does on “Unamused” to a lower, guttural, almost death metal vocal.

In the twenty-something years Klank Diolosa has been in the music business, he has been screwed over more than once, both personally and professionally. He addresses this to some extent in the album’s first single (and one of the standout tracks, in my opinion) – the song “Bigger Man.” Lyrically, the song addresses a friendship ended, or at least strained. Rather than be bitter, hold a grudge, or let the pain of betrayal consume him, Klank chooses to be the “Bigger Man” and walk away. This song has a great electronics-heavy instrumental intro, sounding downright danceable, alternating between chunky, groovy metal on the verses and a danceable, sing along worthy melody on the chorus. The guys in Klank do not sacrifice the metal for the dance-ability either. This song is riff heavy! Listen to it a couple of times and just try to get “I try to be the bigger man so I just walk away” out of your head!

The next track, “Alive in Me,” starts with a guitar part that would fit in fine on a Megadeth album. This is a love song, but it’s no ballad. Klank writes to his wife, Laura, “You’re even more than I could have hoped and dreamed / Since the day you said you loved me.” As the band does not sacrifice the heaviness for dance-ability, neither do they sacrifice it for love. This song kicks ass! The percussion, both electronic and acoustic, keeps this song moving. Drummer Eric Wilkins can keep time with the loops and programming like no drummer I’ve ever heard. In fact, Urban Warfare is the first industrial/electronic metal album I’ve ever heard where the live drums really stand out in the mix.

Klank Diolosa was once involved in a few “Christian” bands early in his career. In fact, the first Klank album was labeled “Christian Industrial Metal” and Klank was referred to as the Christian Rob Zombie. None of this was Klank’s doing. (Personally, I don’t get the Rob Zombie comparison.) Anyway, Klank addresses his feelings about religion and pretty much clears up the misunderstandings about the “Christian” label in the song “Save Me,” another standout track for me. He mocks the whole “the end is near” routine in the lyrics:

So now the time has come my friends
Let’s toast unto the very end
It’s after 6, he must be late
As usual it’s just a fake

Klank turns in one of his best vocals on this song, incorporating his “regular voice” and some really low guttural growls layered on top.

In “Built to Survive” Klank sings about the hard knocks he has faced along the way, and proclaims that even though circumstances, and sometimes people, have tried to knock him down, he is still going strong. I take the song as also meaning that Klank the band, despite having yet to experience mainstream success, will keep going because they were made for this. Anyone who knows how this album was made knows that the guys in the band are hardworking regular guys who believe in what they are doing. The band may bear the name of the lead singer/songwriter/guitarist, but they are truly a group, having poured their own resources together to make this album and get it released. It’s also important to mention that all the members: Daren “Klank” Diolosa, Pat Servedio, Eric Wilkins, Charlie Parker and Danny Owsley have a role in the songwriting.

“Sick Is the New Sane” is my favorite track on Urban Warfare. I dig everything about this song: the guitars, the samples, some of the best drumming on the album, and what I consider to be Klank’s best vocal since “Leave” from their first album, “Still Suffering.” This song also has one of my favorite lyrics, too. (And “Leave” is a hard act to follow in my book.)

Heavy groove, vocals that range from sick-as-hell death metal to sing-along vocals: to me, this is Klank at their best. This is the kind of song I expect to hear on a horror movie soundtrack or in a really violent video game. Come to think of it, many of the songs on Urban Warfare could easily lend themselves to soundtracks for movies or video games.

“Stomp You Out,” another fast and even more furious song, gives the warning that while Klank may be a pretty nice guy and decent human being, don’t push him. Klank does not suffer a fool gladly, as he states clearly in the following lyric:

This is the song that also makes me wish I had a really big subwoofer on my stereo!

“Blow It All Away” is second only to “Sick Is the New Sane” in the best song on the album race. This song has the catchiest chorus and is also the only song that comes close to justifying any Rob Zombie comparisons. This song is perfection, having all the right elements in all the right places. This is the song that I would hope is the next single. It’s also the song most likely to be banned or cause controversy. Even Moby and Sublime couldn’t sing about guns without getting edited, so I strongly doubt Klank can avoid being censored by the moral majority on this one anyway. However, this is not a “suicide” song in the traditionally overblown and misinterpreted by the “parental control patrol” way. Klank is simply asking if you’ve ever thought about it and what thoughts and feelings went through your mind.

Have you ever asked yourself these things at night?
Come on and tell me
Have you looked in the mirror and felt the same?

One of the strong points of Klank’s music (and there are many) is the lyrics. “Disdain” has some of the best lyrics of the album and is also in the top three songs vocally. When Klank Diolosa screams,

“God Why Must I Be afflicted with this pain? Insane… DISDAIN…”

It just makes me want to tear some stuff up! This is anger management therapy music, not that new age relaxation crap!

Another strength of Urban Warfare is how the album sounds cohesive, yet manages to change things up song to song. Each song is unmistakably Klank, yet each song sounds different and not cookie cutter. One of my biggest problems with a lot of newer metal is that every song on an album sounds the same: same double bass thumping, same buzz saw guitars, same indistinguishable screaming. You won’t find that on Urban Warfare. For one thing, even when Klank is doing his death metal grunts and growls, you can understand what he is saying. “We’re All Suspect” stands out from the rest simply because it DOES sound somewhat different from the rest of the album.

“Eraser” starts with a killer drum intro and kicks into high gear. It’s the shortest song on the album, yet has the most to say lyrically. “Eraser’s” lyrics come from an experience Klank Diolosa had with an ex-friend turned stalker. Evidently, it was a pretty harrowing experience for him, as seen in the lyrics:

The wreckage of the actions made
In plain sight for all to see
No regret, no consequence
The parasite in you must feed

The final song is “Something About You,” with guest vocalist Dug Pinnick of the band King’s X. This song is straight up rock and roll, with incredibly soulful vocals and another very catchy chorus. Hear this song one time and you will have the chorus stuck in your head, and that’s a good thing! What a way to close an already fantastic album!

To sum it up, the five guys in Klank have managed to pull off a rare feat: an industrial metal album that is completely listenable from beginning to end. There is not a single weak track on the album. On repeated listens, I have not found one track that I feel the urge to skip through. That says a lot. The album has all the elements of a great metal album: memorable tunes, great musicianship, and excellent production values. The engineering and mixing done by Pat Servedio, along with mastering by Maor, make for an album that sounds truly state of the art. If Klank can pull this off on no budget in a home studio, then everyone else is without excuse. The album is not over-produced either. Klank achieves something amazing: making industrial/electronic metal that sounds organic and alive. Urban Warfare is an album that should be in every metal fan’s music collection! 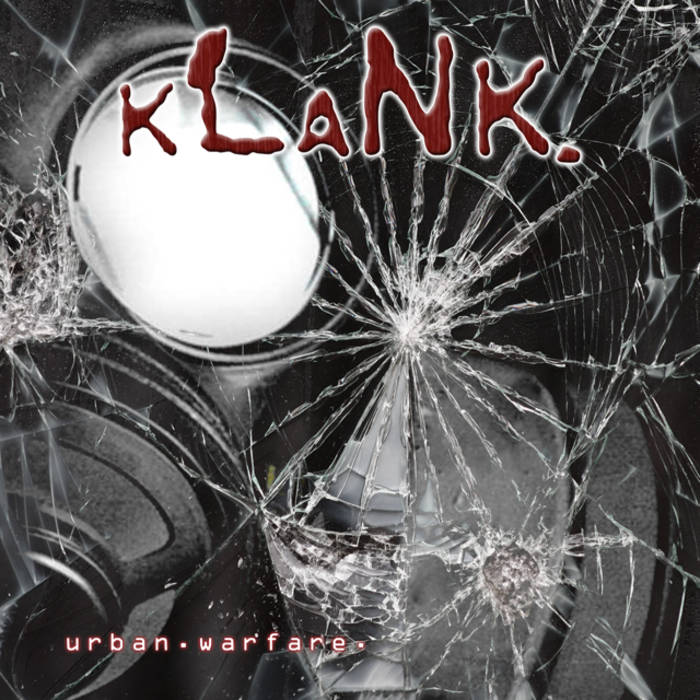