Last month I treated myself to another edition of what has become one of my favorite regular events in Philadelphia – an Exhumed Films movie marathon. Exhumed Films is a collective of film fans local to Philadelphia who do screenings of movies they recover in their original film prints. They often combine them into larger, themed events, and for July 2016 they ran a five picture marathon of horror film’s from Italian filmmakers, specifically from the 1970’s and 80’s. More specifically you could say this was a Giallo marathon, though I’m not sure all the films technically fall under this umbrella. Giallo is actually the Italian word for yellow, and refers to a genre of mystery novels that were popular in Italy at one time, all with yellow covers. It was eventually applied to a genre of film, popular in Italy in the 1970’s, that often featured slasher elements, either presented through the lens of horror or crime, sometimes both, but almost always centered on murder mysteries. 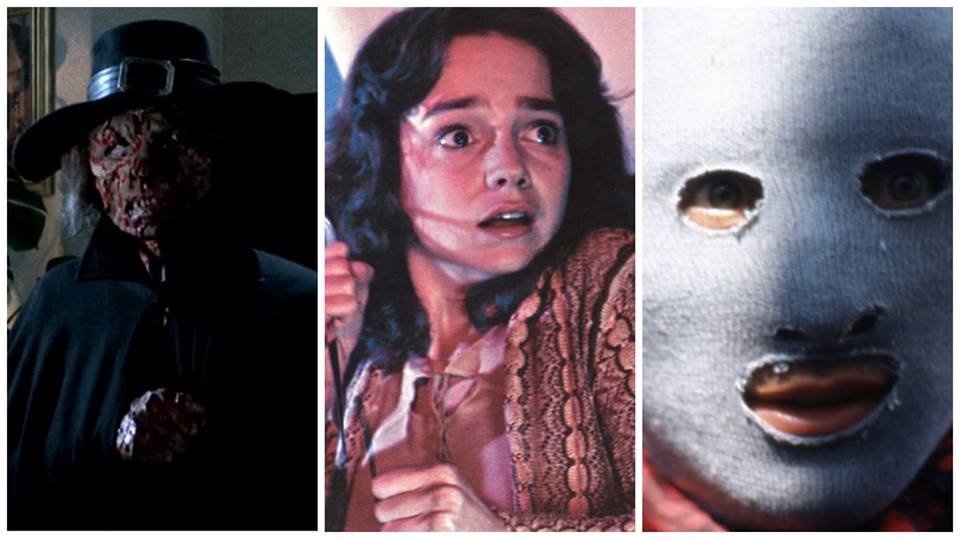 One of the best things about any Exhumed marathon is that it serves as an excellent education in a particular niche of film fandom. Whether you’re new to a genre, as I was in this case, or a veteran to it, there’s something unique about watching multiple filmmakers tackle it, back to back – there is a context this provides that allows you to get inside of the particulars and better observe the peculiars. I am brand new to Giallo, Italian Horror, really any Italian cinema at all, so this was a particular treat for me, especially the inclusion of Dario Argento’s Suspiria, a veritable horror classic. And because Exhumed often includes films from multiple filmmakers, in different decades, of varying qualities, you really do feel like you walk away with a wealth of information and newly formed or reformed opinions to hash out with your nerdiest film-friends.

Per usual, Exhumed hosted a great event – they included trailers for other films by all the featured filmmakers, their prints were mostly of high quality (especially where it mattered, like Suspiria), and their audience was attentive and responsive in just the right amounts, in just the right ways. However, this event will live on in my memory due to an exhibition error – the middle three reels of Lucio Fulci’s The Black Cat were played out of order, rendering what seemed to already be a narratively loose film into a nearly incomprehensible one. But allow me to argue that this is actually a feature of Exhumed marathons, not a failure – this is a rare experience to have as a modern movie fan. We rarely get to see movies played on actual film reel’s today, and this is one of the mistakes that can be made when displaying a film in this format. It is utterly unique to the particular format that Exhumed displays their films in, and I got to participate in said unique experience. All the better that in this modern age of movies I could watch The Black Cat at my leisure, in its intended reel order, anytime I please via the magic of streaming and home video – this was an exception that will make this film live on in my memory for years to come. 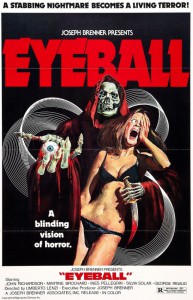 The marathon included Umberto Lenzi’s Eyeball, which was a crowd pleaser and seemed to be most of the audience’s favorite of the day, and Mario Bava’s Baron Blood, a film full of gorgeous cinematography but little intrigue. My favorites of the day were the aforementioned Suspiria, which should absolutely be seen on the big screen as it’s a fully immersive experience that was extremely effective in this presentation, and Sergio Martino’s Torso, perhaps the most “Giallo” of the bunch, and a clear predecessor to the slasher genre, specifically Carpenter’s work on Halloween. Torso features almost all of the tropes that the genre became known for, including the first person POV of the killer, the final girl, and the psycho-sexual motivations for the murders.

Any Exhumed event is a real treat, whether you’ve seen the featured films before or not. Due to the inclusion of 3 to 4 trailers before each film, all of which fit into the theme of the day, you go home with either a newfound or newly renewed love for a genre, as well as a list of other films to seek out. I was particularly interested in the trailers for Inferno (part of Argento’s The Three Mothers trilogy, of which Suspiria is the first), Conquest (Fulci’s fantasy film about laser-wielding barbarians – seriously check out the trailer), Beyond The Door (an insane looking Exorcist rip-off), Two Evil Eyes (a joint project between Dario Argento and George Romero), and Cemetery Man (I think this is a Dylan Dog adaptation, and was easily the best trailer of the day). The trailers are also presented in 35mm, so they’re full of delightful little treats like title cards warning you of how grotesque the motion picture they’re about to preview for you is. And if you simply can’t wait to check some of the titles out, they usually have some of them for sale via a few local vendors that sell t-shirts and blu-rays at their events.

Some of Exhumed’s upcoming events include The HG Lewis Gore-A-Thon, with the man himself HG Lewis in attendance, Camp Blood Part 2 at the Mahoning Drive-In, a 2-night camping event featuring six camp-themed slasher movies, and their annual 24-hour Horror-thon, of which it’s their 10th anniversary (and this year the theme is 1980’s horror – tickets will go so fast they might already be gone by the time you ready this). I can’t recommend these events enough – it’s a great place to meet other horror and cult film fans, as well as enjoy the weird-ass movies you love most with an equally enthusiastic crowd.

Be sure to check out my Letterboxd list for this marathon to see a full list of the trailers that were shown, and read my individual reviews of all five of the movies that were screened.