Full disclosure before I start this – I have been a blink-182 fan for over 15 years, since 1997 when I saw Mark, Tom and Scott perform “Dammit” on the MTV Sports and Musical Festival. I consider that live performance a huge game changer in my life for a number of reasons. It opened up a whole new world of music to me (despite blink becoming mainstream over the next 3-5 years, it still allowed me to discover less mainstream bands, i.e.: Rancid, Bad Religion), it molded my early teenage years and became the soundtrack of my youth. The music of that time influenced my early guitar playing and bands I played with, you weren’t cool unless you were covering blink songs (at least in my mind).

[Editor’s Note: blink didn’t open a whole new world of music for Mike, I DID… I kid, I kid. But Mike was one of my little buddies when I was a senior in high school and he was a sophomore. Welcome him to The Farsighted with this Throwback Thursday review, where nostalgia meets modern day.] 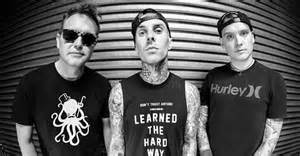 Fast forward 18 years later, and blink is releasing their 8th studio LP with a completely different set of players, but the song remains the same. Band member shake ups are not an uncommon occurrence in todays music landscape, and blink-182 is no exception. Mark Hoppus remains the sole original member but many – myself included, consider Travis Barker a life long member despite his joining 3 albums in. I will probably get a lot of flack for saying that and don’t get me wrong – Scott Raynor was one hell of a drummer, but its hard to disagree that blink wouldn’t be the band they are today if not for the insane drum skills and musicianship that Travis brings. I could write for hours about the most recent shake ups and departure (again) of founding member, Tom DeLonge but that would be a disservice to the purpose of this piece: reviewing California, blink’s latest album with newest addition, Alkaline Trio’s Matt Skiba.

It’s hard to deny the raw energy and excitement that Skiba brings to the table. While listening to California, I felt as if I was listening to a band’s rebirth, a fresh start. I haven’t been lucky enough to catch a live show on their latest tour in support of the album, but from many reviews across the internet, the unanimous sentiment has been that blink has had high energy performances that have been lacking in the last 5 years. That energy and excitement shines through in the vast majority of the songs on California. John Feldman (of Goldfinger fame) has done a great job with pushing the new blink to create what is ultimately a typical blink album: fun, catchy and not afraid to take some risks. The lead single, “Bored to Death” is a catchy radio friendly hit with chord progressions reminiscent of classic blink, but forgettable once you get your hands on the rest of the album. I’m always a huge fan of a great album opener, and blink truly hits the ground running on California with “Cynical”. Hard hitting power chords, Travis’s lightning fast drum rolls and frustration screams kept in with the recording get the album off to a fast start. Fun fact: Travis typically records his drum parts for any album he does in one take, hence the frustration scream when he messes up the opening drum roll, a brilliant move on Feldman’s part to keep that in. “Cynical” sets the stage perfectly for what’s to come: an in your face introduction to a new era of blink-182 and a first listen to a familiar voice in an unfamiliar place. Matt Skiba has such distinct vocals that will probably make you reach for your copy of Good Mourning, but not before you get through the rest of California. From that point forward, you forget that Matt was never a part of blink, and instead you get lost in what sounds like a blink album that could of came out 10 years ago and had hit videos on TRL. Mark, Travis, and Matt even remember how to have fun again on records with two 30 second parody songs, that are classic blink: catchy, ridiculous lyrics with a hook that makes you wish the songs lasted another 2 minutes. And then there’s that elephant in the room song – the one you know Mark had to write about recent events surrounding the band, “San Diego”. Titled for the city from which blink originally was born almost 24 years ago – the lyrics obviously written for the on again/off again and now seemingly permanent off again relationship with Tom DeLonge. It becomes a little uncomfortable at times – especially when Skiba sings lines about “learning how deep these cuts on you go”, but in the end it’s a necessary song for an album that pushes blink into a new era. 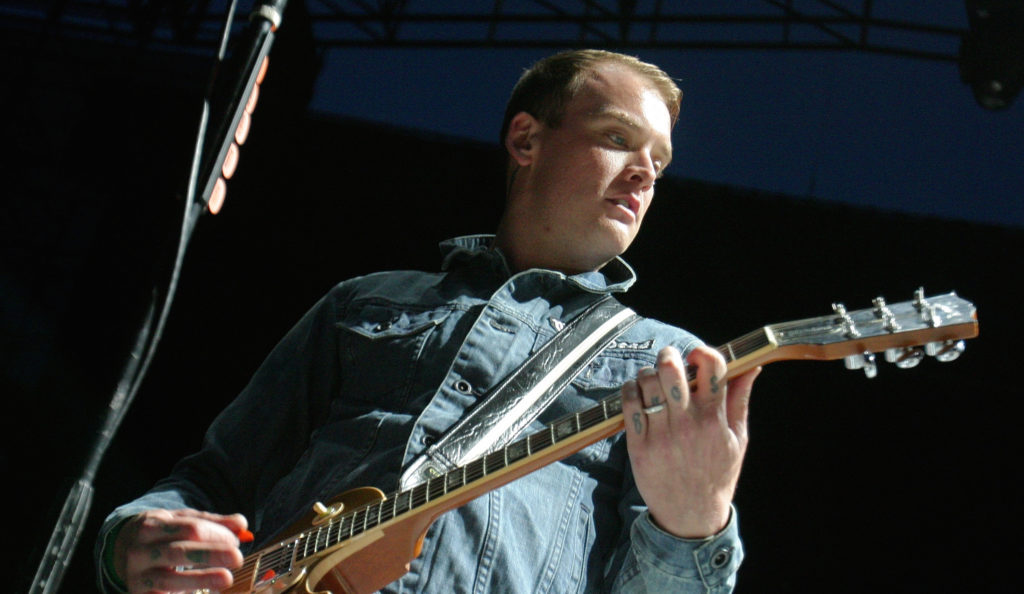 Back in 2001, Matt Skiba was interviewed about supporting blink on their latest tour and was asked about the blink-182 fan base, he responded: “Blink’s audience is not punk-rock kids at all, it’s like preppy frat boys and little girls and shit. But it was interesting, and the people were nice to us.” Here we are 15 years later, and Skiba is playing to that crowd, who is welcoming him with open arms. That quote wasn’t misplaced at the time – but now blink’s fan base has grown up and so have Mark, Travis, and Matt. California is a new direction and a fresh start for a band that needed a spark, and in this case, Skiba saves.

Stand out tracks: “Cynical”, “No Future”, “Kings of the Weekend”