What is it to feel disturbed? This series will ask that question over and over, attempting to find answers within a wide variety of cinema. Sometimes the films will be violent, other times they will disturb in the way they present uncomfortable topics. This journey will take us through some well known films, while also diving into the murky realms that exist on the fringes of extreme filmmaking. Welcome to an exploration of extreme cinema… The Disturbing, the Demented, and the Depraved. 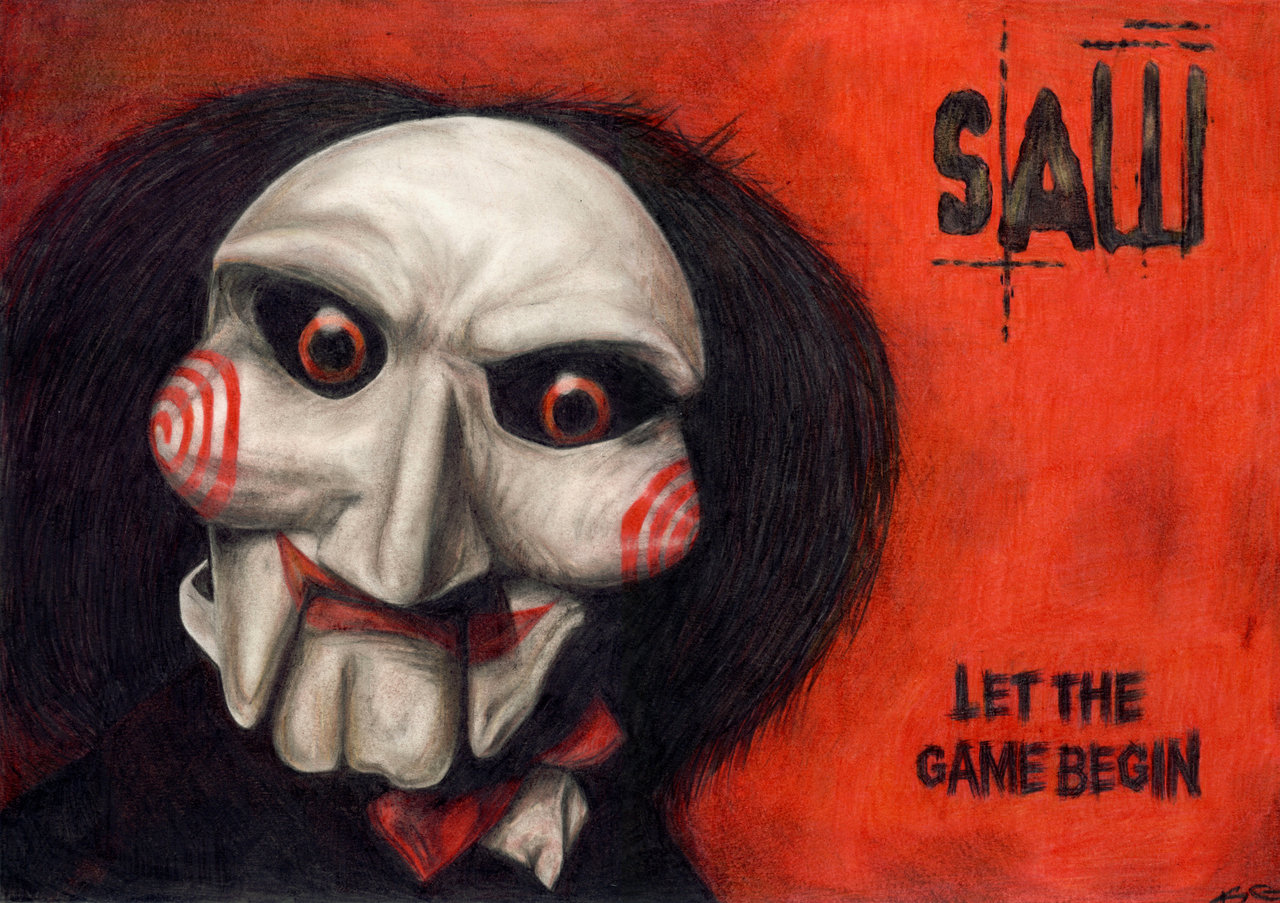 So it’s amusing to revisit Saw and realize how quaint the first installment actually is.

Two men wake up in a grime-encrusted warehouse room. Flickering fluorescents, rubble, paint flaking off walls: you know the drill. They’re chained on opposite sides of the room, a bloody body between them, and presented with mysterious cassette tapes that offer them salvation in the form of a riddle.

Saw’s violence is limited to short bursts and mostly implied; even the penultimate scene of a man desperately hacking his foot off with a handsaw is offscreen, with only the first few hacks at his ankle shown to start the mental image. From there the camera cuts to his pained face, the sound effects leading us to feel like we saw the whole thing.

The lasting impact isn’t so much the violence, it’s about the mindset behind the violence.

The Saw films give us a serial killer named Jigsaw. He places his victims in traps–”games”, if you will–designed to force them into a choice: pain or death. Can they override their sense of self preservation in order to save their life? Can they sacrifice a body part for the sake of the whole? These traps are often symbolic of a failing within the way the victim has lived or acted.

Sacrifice the body part that caused the sin, the immorality. Cut it off. Maim it. Gouge it. 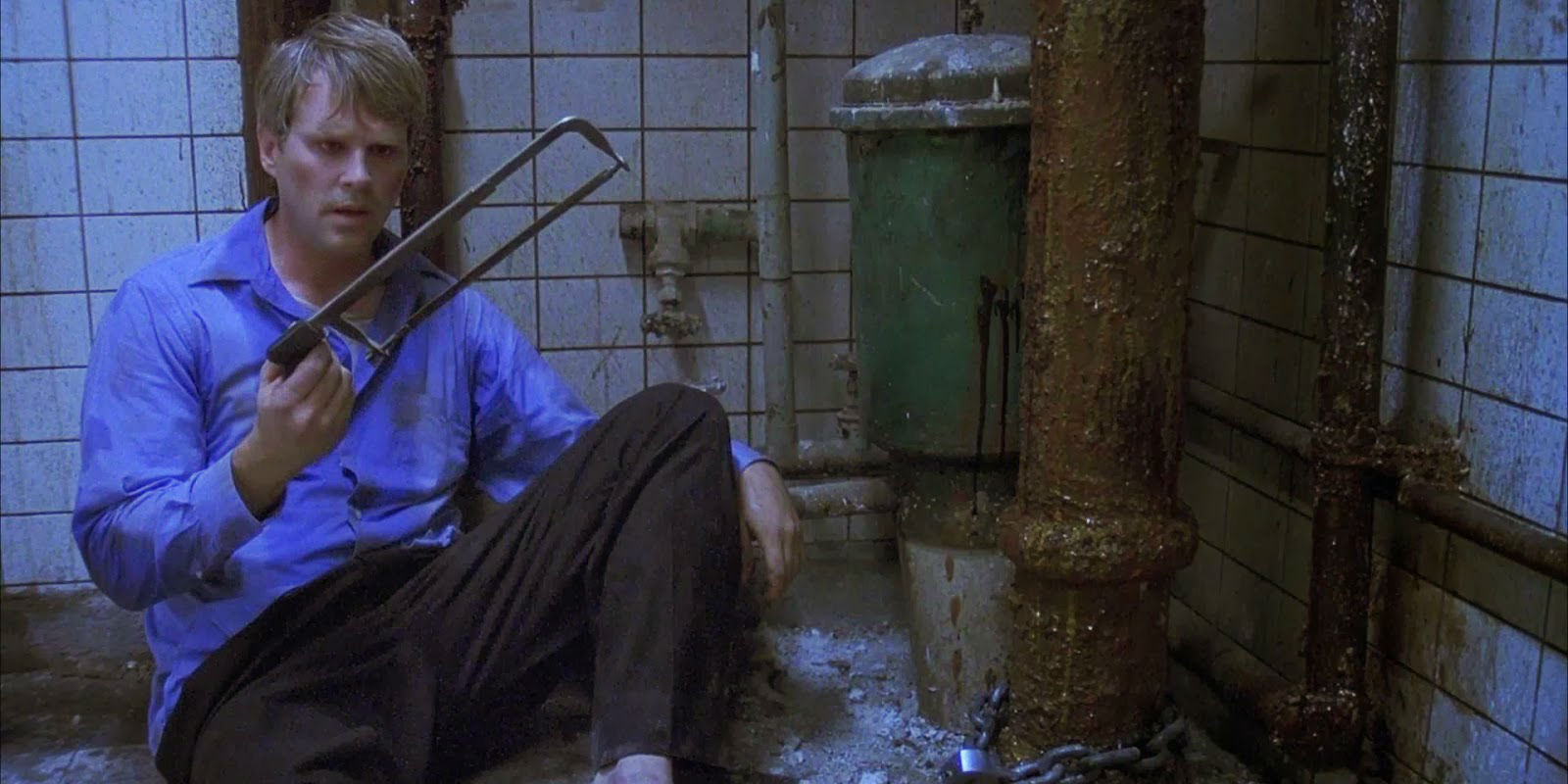 Things take on something of a religious hue as people who survive his traps transcend their humanistic failings and begin to live for a higher cause. Now, granted, that cause isn’t about feeding the hungry and clothing the poor–no, no, they become Jigsaw’s little helpers: elves scrambling about delivering a world of hurt to the next person Jigsaw deems it necessary to save.

There’s an appealing angle to Jigsaw’s philosophy during those first few films. It becomes easy to buy into his vision: take the street scum and give them one chance at a radical transformation. Is the approach extreme? Absolutely. But there’s something satisfying about watching someone receive justice that the legal system can’t serve. Vigilantism cloaked behind a creepy doll on a tricycle.

But as the series progresses and the violence amps up, the shine wears off and the holes within Jigsaw’s philosophy become evident. He is shown to be anything but impartial in how he picks his victims, favoring people that did him a personal injustice. His thirst for revenge colors every aspect of his ideas, showing him to be nothing more than an equally flawed human with a god complex. As Jigsaw’s philosophy becomes more and more fractured the violence is the primary reason to watch; the viewer is pushed into a purely voyeuristic role.

Watching through the Saw films is to dive into the dark corners of your own self. The people on screen struggle to make the decisions that would bring about the survival of themselves or other people, but as a viewer you are constantly thinking about the ideas Jigsaw is espousing–at times becoming a co-conspirator to his games, at other points repulsed by the whole thing. This is what makes the Saw films effective. This is what causes the turning clench of horror within your stomach while watching them. This is what makes the violence linger in the back of your mind long after the credits have rolled. It’s a series that demands viewer participation in the ideas and this, more than anything, is what makes the entire Saw saga disturbing. 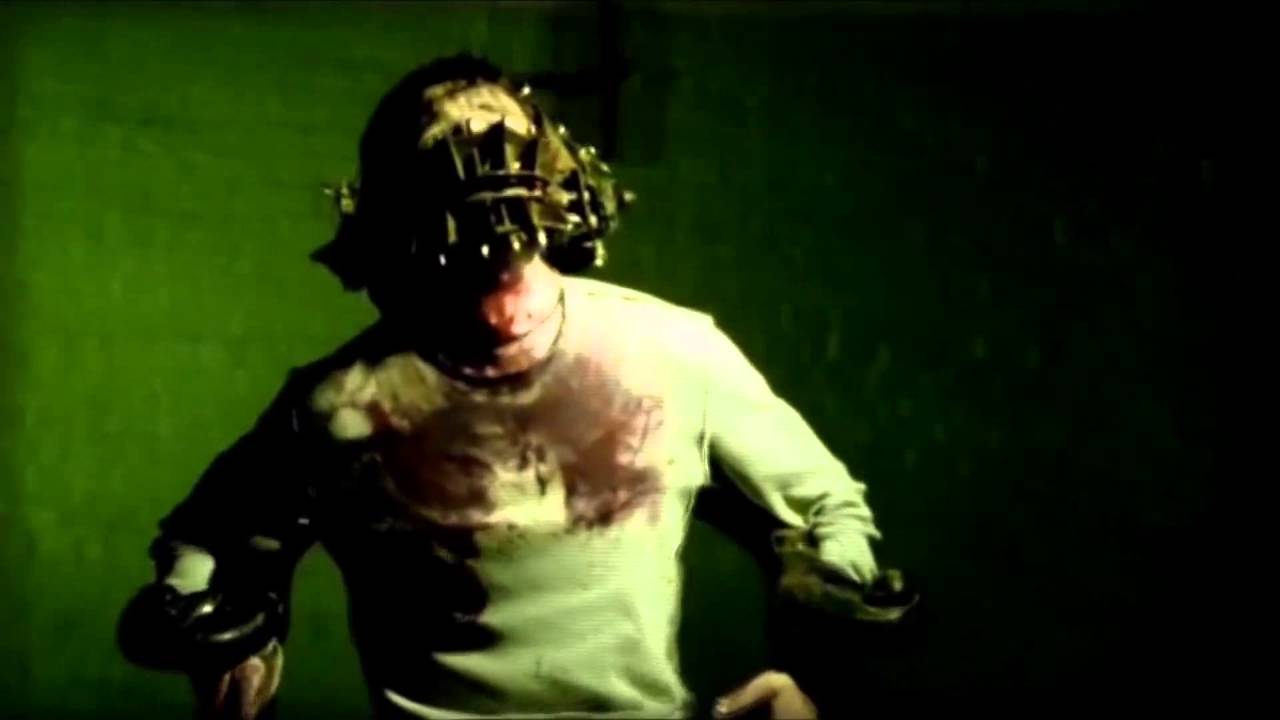