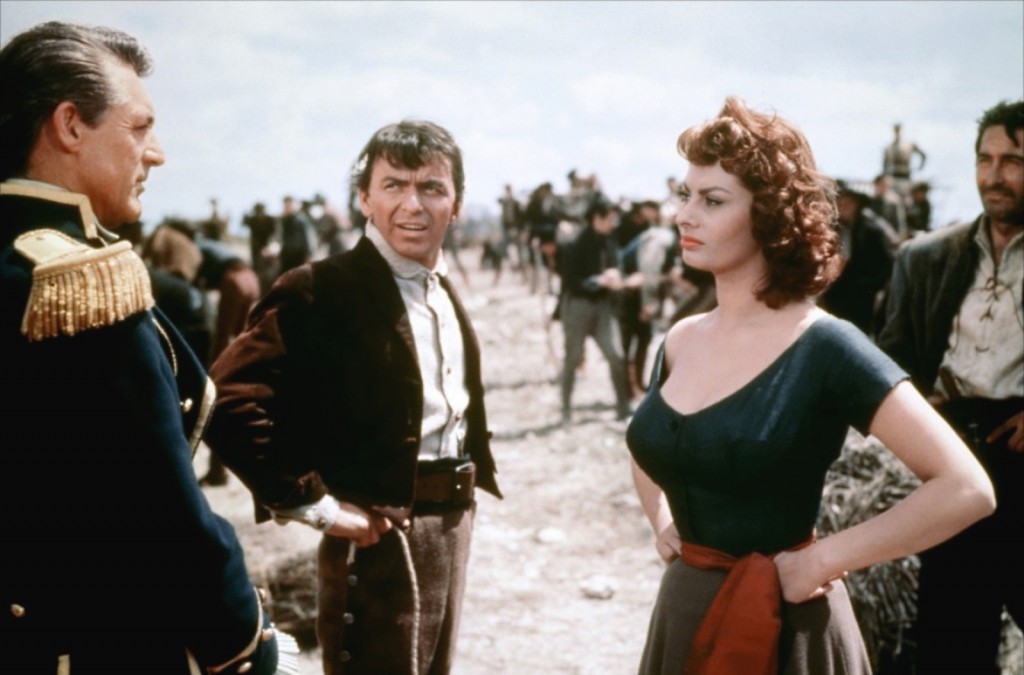 The film industry loves romance. Love infiltrates every genre. It’s in big budget action and in small budget horror. It’s in comedies of all shapes and sizes (not just the ones with a “rom” tacked on front). The near-universal applicability of this tango between two people isn’t surprising, or even a bad thing, as it’s key to most of our real life lives. The absence of love in fictional narratives would be to deny the emotional bonds that spin us through our own day-to-day existence.

Yet this presents filmmakers with a problem: How do you communicate a believable, relatable romance in a medium that almost never eclipses three hours?

As viewers we’ve become pretty good at accepting the Cliff’s Notes shorthand version of a process that would normally take a couple of humans months, years, or a whole lifetime to see to completion. We won’t bat an eye when Disney pairs a bunny and a fox (Zootopia), when a teenager follows his crush into the untamed plains of America (Slow West), or when a vampire comes to terms with becoming a part of the love story of a regular dude (A Girl Walks Home Alone at Night). Our ability to suspend disbelief with cinematic relationships has made it easy to become lazy: simply present people to the screen, have them be together.

Some films fail to even present so much as a half-hearted formula for the relationship to follow, for the viewers to grasp onto and the more central this relationship is to the plot, the more onerous this inability to pass a relationship as believable.

The Pride and the Passion has the pedigree to be a phenomenal film: Director Stanley Kramer at the helm with Cary Grant, Frank Sinatra, and Sophia Loren starring. It’s not a mistake that the three actors form a triangle on the cover of Olive Film rerelease. They are our focus during the 132min runtime, not to mention the centrifuge for the relational drama that crops up. 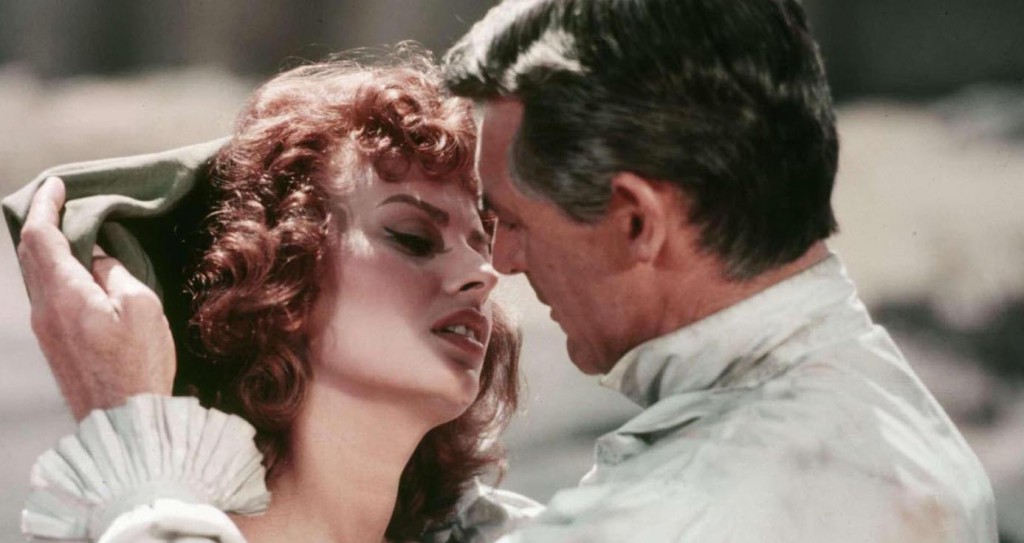 The core of the narrative finds Anthony Trumbull (Grant) on a reclamation project: find and deliver an abandoned Spanish cannon to the British army. It’s hard to imagine the importance of a single cannon, at least with 2016 eyes where wars aren’t even fought with cannons anymore, but apparently in the early 1800s they were still game-changer weapons. In his path is Miguel (Sinatra), who fancies himself the rightful heir to the cannon. Miguel wants to take the cannon and blow the invading French back to, you know, France.

With two goals and one cannon an uneasy truce forms: If Trumbull can help Miguel use the cannon to drive the French out of Avila, he can then deliver the cannon to the British per his charge. But in waltzes Juana (Loren), who proves to be something of a distraction.

Miguel and Juana are already involved in some kind of tête-à-tête, though there’s no sort of commitment or anything. And when Trumbull bursts onto the scene, well, that lack of commitment becomes something of a sticking point for Miguel, who suddenly finds himself on the outside looking in.

On the one hand you’ve got the barely built up thing between Juana and Miguel. It gets zero texture on its own–it becomes defined by Juana’s disinclination towards taking it seriously and Miguel’s eventual mopiness when he realizes that he’s getting shoved aside. He failed to make his move, content to let it continue on without any sort of official definition; she’s never a girlfriend or wife. When Trumbull comes into the picture, then, Juana is both free as a human and free from any moral obligations to Miguel.

While we get this from a plot standpoint, the film never bothers to convince us about any of the emotions in play. About the only thing that comes across is Juana’s disinterest in Miguel, because as far as I can tell they’re all pretty disinterested in each other. When Trumbull and Juana kiss for the first time, it’s like, “Wow, where did that come from?” I mean, I was expecting the relationship dynamic because I have watched movies before, but without the narrative clues it just felt like the kiss was there because that’s when the plot needs relational competition between Trumbull and Miguel.

What isn’t a cardboard love is the passion Miguel feels towards his country and the importance of the cannon in liberating it from the grasp of the French. It’s a quiet passion–he’s not shouting it from every corner of the land. It burns with intensity as we see his actions and decisions revolve around this passion. He has to convince his fellow citizens that Italy is worth fighting for and, more importantly, that he’s the man to lead them. It’s not some big, Gladiator-esque rah-rah chant but, instead, simple pleas to put patriotism into action.

It almost feels crass to interrupt such a noble goal with a comparatively petty love triangle and it’s to Miguel’s credit that he understands his priorities. While he cares that the girl he loves is getting successfully wooed by a man he detests, what is a girl compared to all of Italy? Why does he live except to liberate? If this be the way fate flies, so be it.

Unfortunately, while it would be tempting to shove aside The Pride and the Passion’s failure to present the love story, those emotions are key to the ending few scenes. Without really having a pulse on how Juana feels about Trumbull, or how Trumbull feels about Juana, or how Juana feels about Miguel, the decisions that result from this messy tango lack the proper punch. As a viewer I should be feeling strong things about how the battle goes, about the choices made, but I felt nothing. There was no payoff to any the romance, despite the script presenting some pretty weighty moments that rely on them. 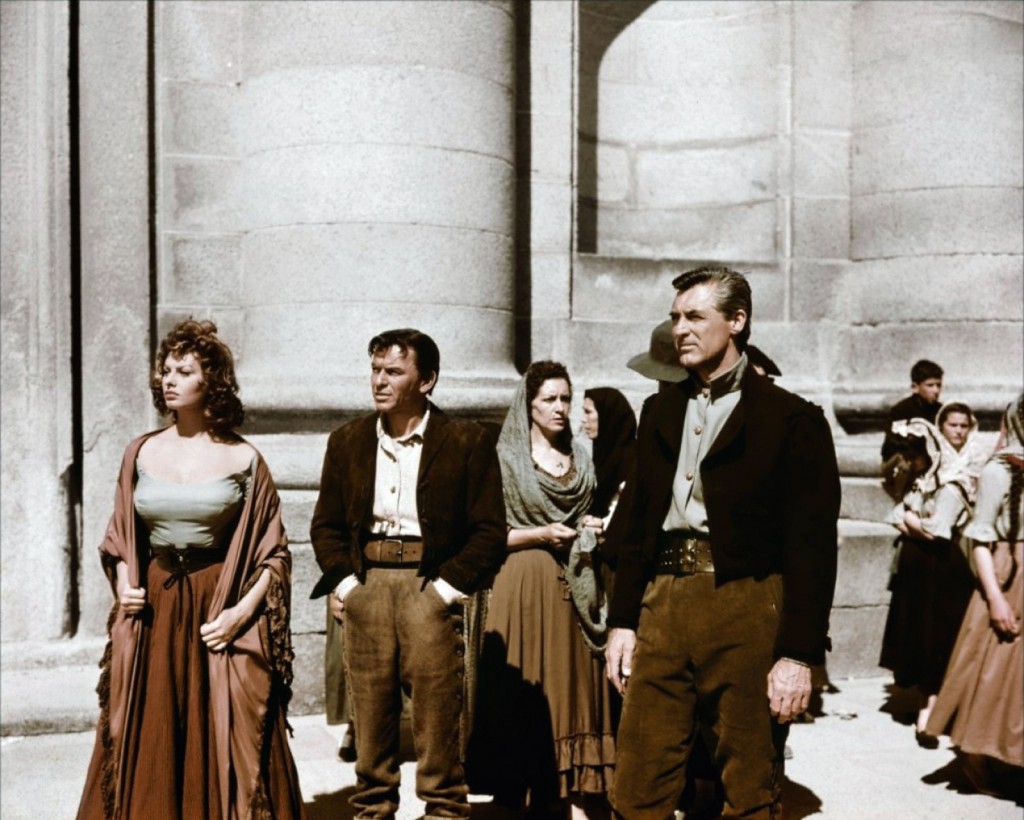 Luckily those aren’t the only moments; the film pays off Miguel’s revolution in spades even though I never found myself caring one iota about the cannon. It’s the struggles to move a cannon the size of several row homes that give The Pride and the Passion its engaging quality.

I could see The Pride and the Passion appealing to classic movie fans even with its romance problem. While these problems keep it from being an upper tier classic, it does enough on its own terms to be endearing.