When you name your kid after Johnny Cash and Jimi Hendrix, it kind of goes without saying that he’s going to like music… a lot. In fact, his younger brother, also named after musicians (Eisley’s Weston Dupree and Say Anything’s Max Bemis), may even be more music obsessed than him. Thus, as someone who writes about music and film, it was only a matter of time before they became part of the reviews. With that, welcome to the first installment of The Kid in Black Recommends, an 8 year old’s guide to the best kindie music and family friendly tunes. As time goes on, he’ll take the reigns more and more, but today I’ll do the writing while he interjects his thoughts on the brand new release Junie B. Jones: The Musical Cast Album. 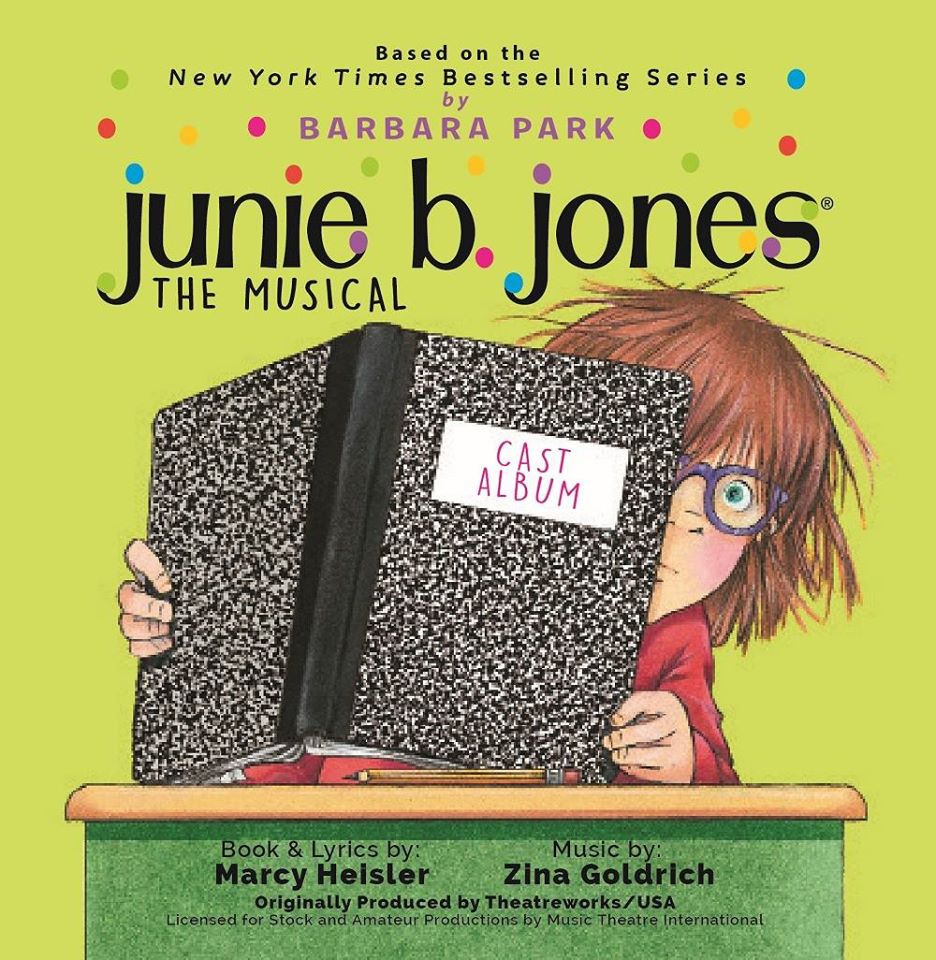 When it arrived, Cash immediately said (kind of yelled, actually), “Oooh! Junie B. Jones! I read her books at school.” Thus, excitement over a musical was quickly built up within my little man. So, we grabbed the disc and hopped in the car to do some errands. After once through, both he and his brother Weston were singing along. After another couple times, nearly all of the lyrics were memorized.

I asked Cash to give me some thoughts on it. He said he liked it, so I asked him for specifics. His first specific comment followed.

“That’s not how I thought Junie would sound,” he said.

“So, her voice works then?”

“Yeah! It was just different than the voice in my head,” he responded, already wise beyond his years. We’ve all experienced this with film and stage adaptations of our favorite books, so it makes sense that Cash would also experience this. I personally found this pretty neat, as a parent.

So I continued, “What other thoughts do you have on it?”

After a minute of seriously introspective looks and funny pondering faces, he replied, “I mostly just like it.” Then, he chuckled at the 5th or 6th time we’d heard them sing about Junie needing glasses and he told me that Junie hated glasses.

So, Cash thinks you should listen to the new album using the YouTube playlist above AND then go grab your copy at Amazon.

One Reply to “The Kid in Black Recommends: THE JUNIE B. JONES CAST ALBUM”