One of the pleasures of Noah Baumbach’s work is how rooted it is in in character. Films such as Greenberg and Frances Ha are about flawed, often selfish individuals, but Baumbach doesn’t glorify their shortcomings or hold them in contempt. Instead, he acts as an observer and doesn’t try to keep his audience at a distance when it comes time for his characters to grow up (even if just a little bit).

While We’re Young won’t receive any Oscar buzz or anything like that, but that is not why Baumbach made this movie. It was for artistic pleasure. So it’s disappointing and alarming just how little character seems to matter in While We’re Young, Baumbach’s film from last year that’s a character study in which the character is modern society and the study is one-sided with a conclusion written in advance.

The film stars Ben Stiller and Naomi Watts as Josh and Cornelia Schrebnick, a married couple living in New York. Stiller, a documentary filmmaker whose latest project has stalled after years in production, meets a young married couple, played by Adam Driver and Amanda Seyfried, with a zest for life and ambition that he embraces before truths and anxieties start to unravel.

The theme of the film is universal. There is always going to be uncertainty and fear about the youth as one gets older, particularly with being intimidated by the potential they have that seems to have passed you by. Stiller conveys this well, and you understand why he’s drawn to Driver at one moment and resentful of him at the next.

However, Baumbach doesn’t keep his film focused and as a result, it meanders to the point of becoming irritating. There is a good deal of plot movement, but it never feels like it’s actually contributing to character development. The only development that happens is that characters become progressively angrier at each other, but the only thing that seems to be at stake are their egos. A film such as Frances Ha might have seemed aimless and meandering to some, but it was also rich with personality and subtleties that were unraveled beautifully. You left the film feeling like you knew Frances inside and out; I don’t know anyone in While We’re Young, nor do I want to.

The film has several themes that it tries to juggle, rather unsuccessfully. The first is growing older and experiencing not only physical pains such as arthritis but also emotional pains of not having children. The second is the divide between technology across generations in unexpected ways, emphasized in a montage where Stiller and Watts work with laptops and tablets while Driver and Seyfried enjoy vinyl records and VHS tapes. The final one, which dominates much of the last third, is about authenticity and integrity in documentary filmmaking. It doesn’t provide much in terms of cohesion or narrative satisfaction. 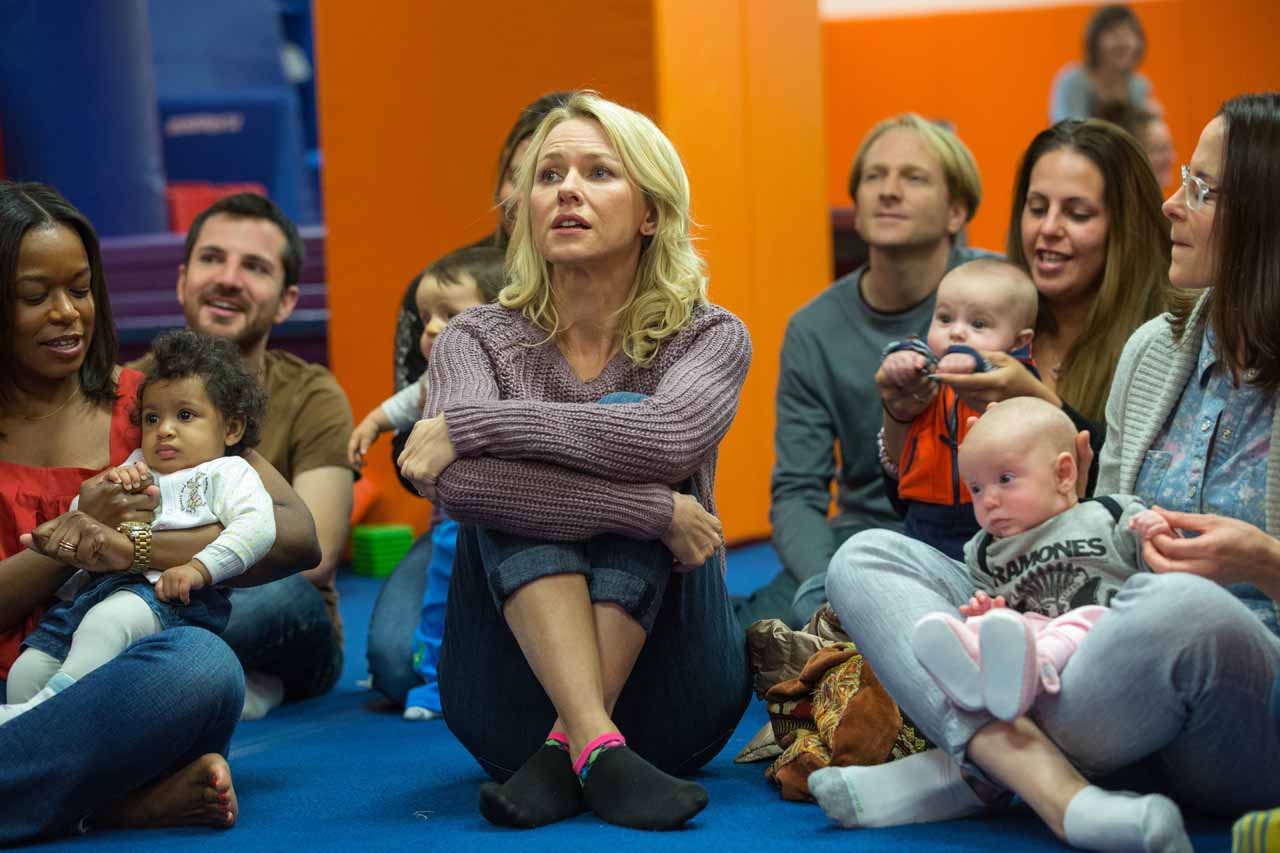 The disappointment of While We’re Young stems from Baumbach telling a story more concerned about tackling a bunch of themes and ideas than actually doing it in an interesting manner. It feels like a cut and paste job from a filmmaker who knows better. It might not lack ambition, but it certainly needs some cohesion.

Movie Buff / Marketing Guru
Kevin hails from New York City where he is a marketing associate by day and movie fanatic/blogger by night. He graduated from the University of Michigan in 2014 with a degree in marketing and communications. When Kevin isn't glued to a computer or tv screen you can find him upstate snowboarding or attempting to play the guitar.