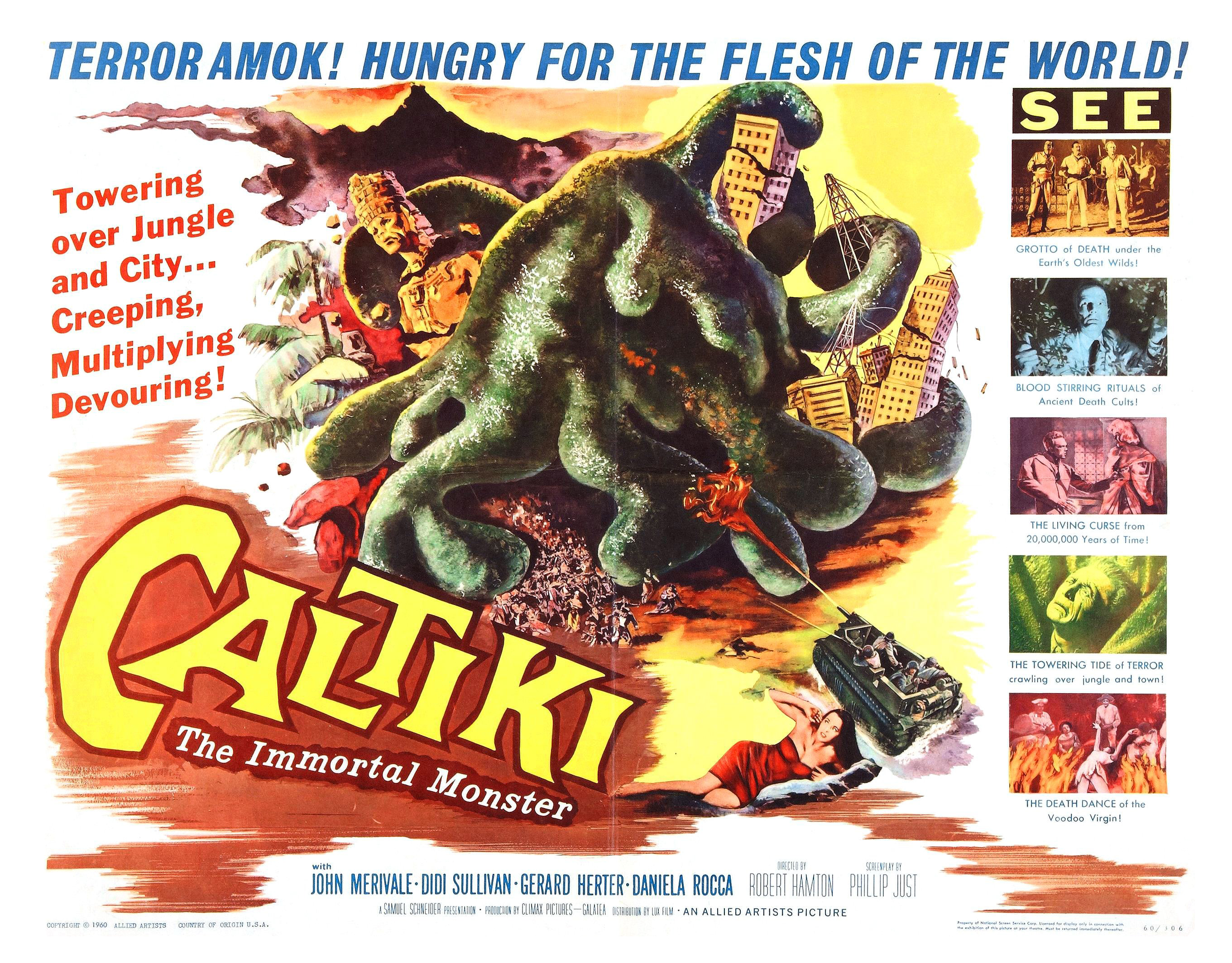 What if I told you that there was a movie co-directed by Mario Bava in 1959 that boldly ripped off both The Blob and The Quartermass Experiment? That would be pretty cool, right? You better believe it is! I am not sure how many Italian sci-fi movies were made during this time, but Caltiki the Immortal Monster has set me off on a mission to find more. Low budget monster movies were a staple of the 50s, but this film takes from multiple genres and could not have been made during any other era. There are Mayan folk tales, shades of The Mummy and even sexy dances performed by (very Italian looking) Mexican locals for (seemingly) no reason.

Arrow Video gives consumers so much that we want, but it is under seen releases like this one that make me really appreciate what they do. I am sure that this film is available somewhere, but their stamp of approval and packaging demands my attention. If this doesn’t already sound great, let me give a quick rundown on what the film is actually about.

A group of archeologists are exploring a Mayan cavern somewhere in Mexico for unexplained reasons. When one of the explorers stumbles back to camp, mumbling about monsters, the group quickly goes to check it out. Once they are there, they find cursed gold and awaken an ancient monster that has existed since the dawn of time. The monstrous blob called Caltiki descends on the group and sets off a series of events that threatens the lives of everyone involved…maybe the world (duh… duh… DUHHHHHH). 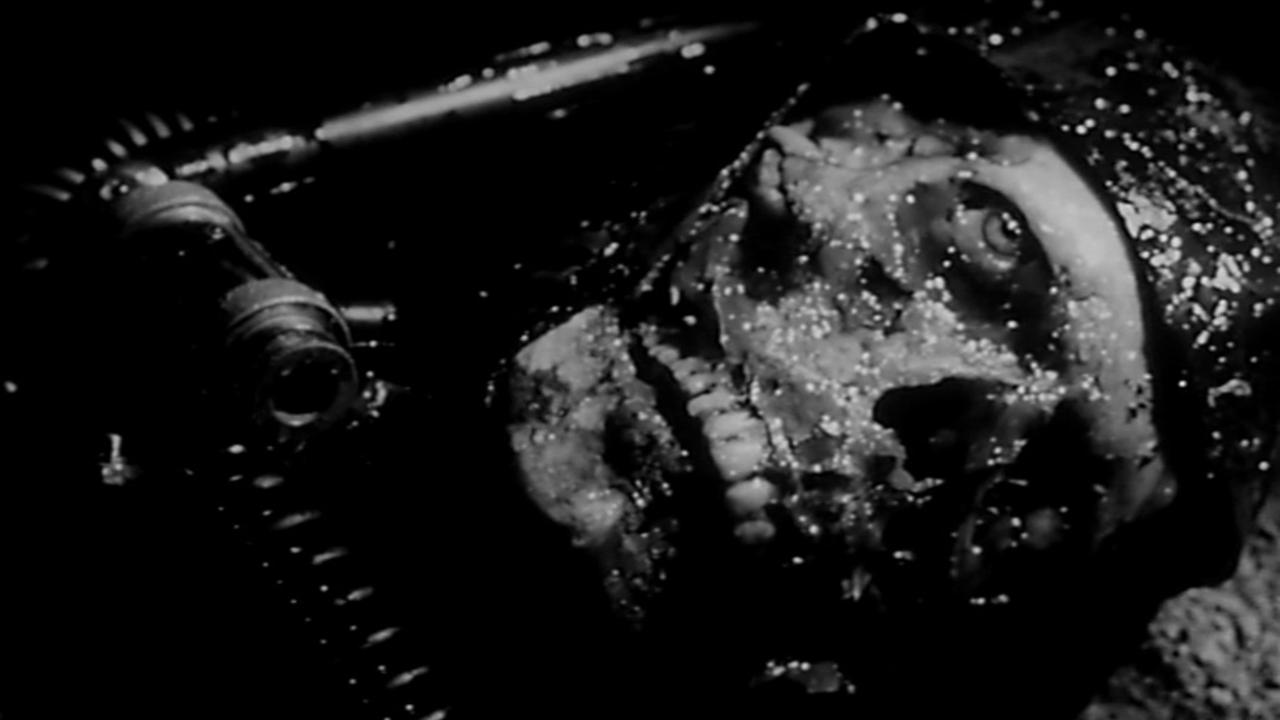 While this is not a particularly original film, this is the rare time where the “ripoff” stands up well against the source material it is “biting” from. It takes from so many places that it eventually warps into a strange fever dream of everything popular during this era of genre movies. I felt like I was drifting to sleep during a movie marathon, waking up to something different every hour or so.

This strange narrative works well during the action, but there is a touch of dullness during the film’s second act. Don’t fret, the good stuff is right around the corner and it gets good and gooey by the end. The FX are surprisingly gross and the gore is pretty jarring in the few scenes that call for it. The acting is on par with the genre, but the little flourishes here and there really make the movie. The set dressing and lighting is amazing and really looks far better than its contemporaries. The late 50s were an interesting time for genre films and think this is something worth owning and tossing on when you are in the mood for something strange, but wonderful.