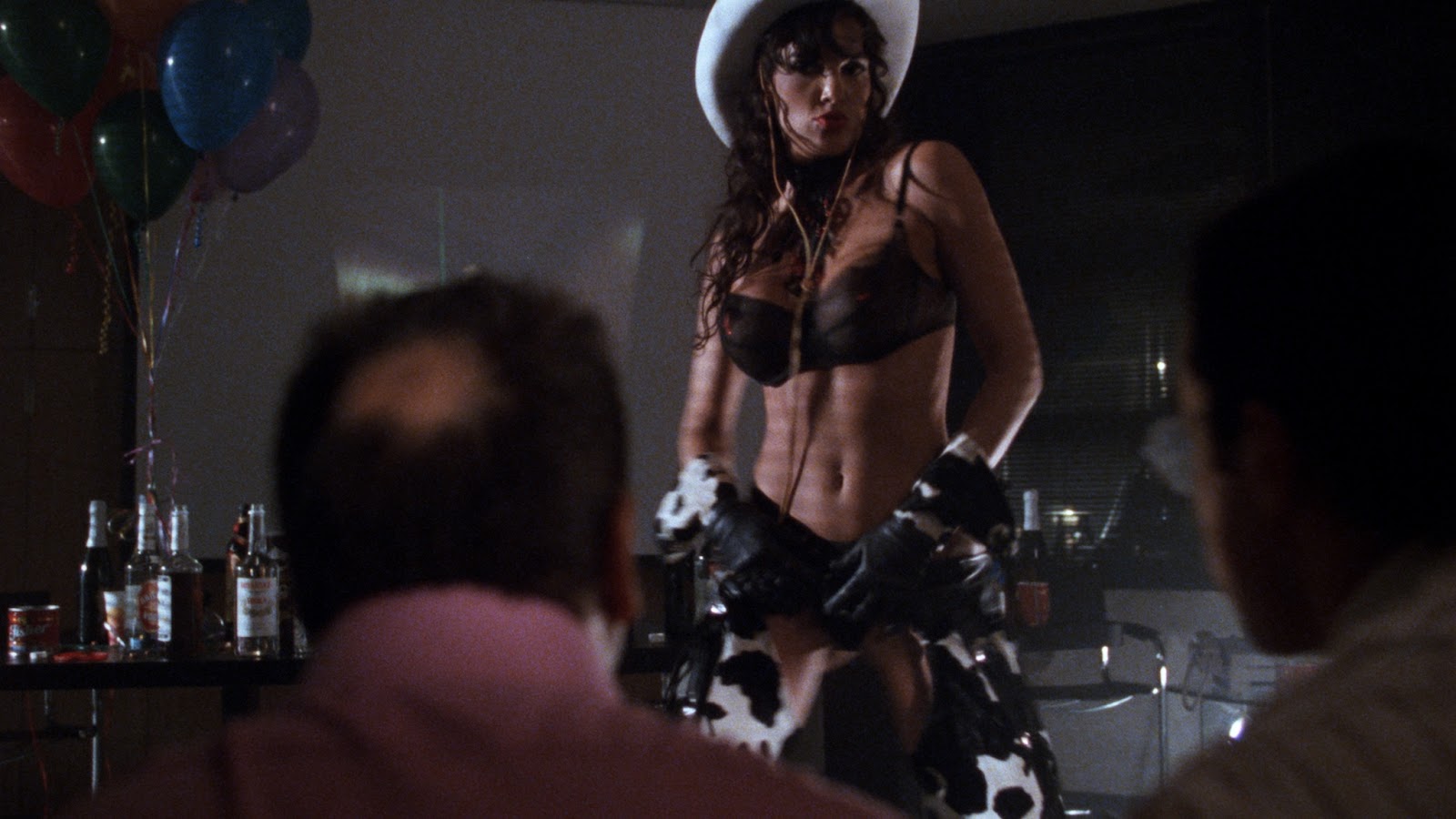 I’ve never seen the first Psycho Cop movie. All I ever heard was that it was pretty forgettable and wasn’t worth the time. These same people would immediately follow up by saying “but the sequel…”. After that statement they would light up and start trying to describe a movie that was too crazy to be real. A movie where a cop drives around in patrol car full of heads, pushing bimbos off of buildings. I can say with complete certainty that these descriptions are real and just as bonkers as you’ve heard. From the first frame you know that things are about to get real goofy, but in the best way possible. Gory deaths, corny one liners, and half naked babes make up the meat-and-potatoes of this movie and may be my favorite release of 2017.

Officer Joe Vickers (our titular Psycho Cop) is a serial killer fueled by the power of Satan. When he overhears two douchebags planning a party at their work, he decides that they will make the perfect sacrifice. He follows the two to their office building and begins picking them off… one by one.

The movie is more of a comedy than a serious horror movie and Adam Rifkin kills it as the director. His understanding of broad comedy and subversive violence makes this the film that it is. Without the wit and abilities that Rifkin brings, it would have been just another shitty slasher flick. The script is bananas and the punchlines are hard to even believe. I hit rewind multiple times to see if I really heard lines like “You have the right to remain dead. Anything you say can and will be considered very strange because you’re dead.”. If that kind of silly shit tickles you, then shell out twenty bucks and pick up Vinegar Syndrome’s recent Blu-ray release.