Private Dick, Steve Ford (Bruce Willis) is a payday to payday, making end meet investigator who enjoys the company of beautiful women, is tough as nails, and is a man of his word. His partner, the films’s narrator, is John (Thomas Middleditch), an awkward and young apprentice, who seems to often be more lucky than good. When Steve’s dog is taken by a pair of junkies who rob his sister and niece’s home, Steve goes on full tilt. But, this isn’t John Wick, Steve is tough, but he takes his lumps; Steve’s perseverance is far more developed than his fighting skills. Throw in Steve’s recently divorced and broke friend Dave (John Goodman) and the team must embark on a case that has them pissing off just about everyone in their way.

With a cast boasting not only the old school comic badass Willis, the national treasure Goodman, and popular HBO star Middleditch, but also Aquaman himself Jason Momoa, Transparent‘s Emily Robinson, the always impressive Famke Janssen, funnyman Adam Goldberg, and rap superstar Tyga, it’s hard to believe this film got so little push upon it’s release. In fact, prior to hearing about the Blu-ray release, I’d not even heard of the film at all. The few reviews I was able to find seemed mostly lukewarm, so I wondered if this film was buried by the studio due to being far less than the sum of its parts. However, I found myself having a blast from the opening credits through the closing. This film is a ton of fun.

The tone of the film is hard for me to pin down. There’s a frenetic energy in parts, more subtle and subdued humor in others; but the laugh out loud moments keep it nice and light, while the action keeps it moving. There are some loving nods to old noir, a good deal of So-Cal-centric parody in the characters, some great moments of John Goodman being John Goodman, and even a few gorgeous ladies that are less than full clothed. Fans of the Coen films Big Lebowski, Burn After Reading, and/or Fargo should find something to like here, as well as folks who enjoy films like last year’s sensational action comedy The Nice Guys. This may not be the greatest film you’ll see all year, but it could be one of the most fun, for sure. 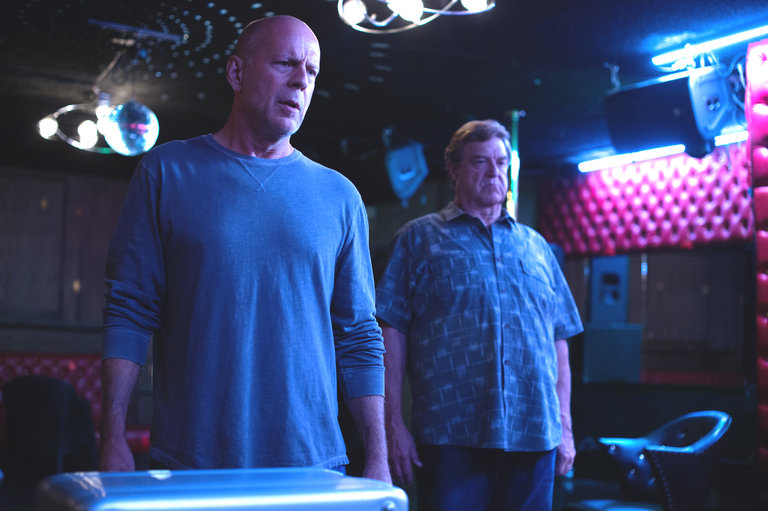 Releasing on DVD and Blu-ray tomorrow, you can also grab it on most VOD platforms. At least give it a rental, as far as I’m concerned, because it is a good way to kill an hour and a half. Goodman’s performance alone should have you smiling.