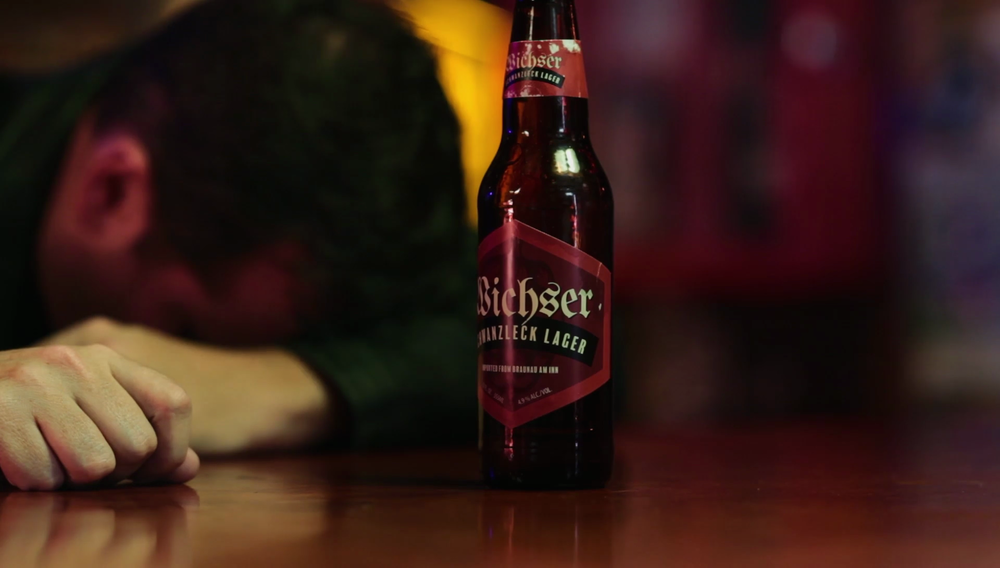 It could be that Stull is trying to poke fun at fascists and white supremacists – after all, there’s a Nazi talking about blowing black guys. And a sign on a bar wall advertising He’Brew the Chosen Beer. Like another short film I reviewed, Rigor Mortis, The Jerry Show feels like an old Tales from the Crypt episode: heavier on humor than horror.

It’s hard to like a film that centers on a totally unlikable character, and the title character is unlikable as they get – not because he’s a jerk, but because he’s such a whiny, wimpy, chubby loser. I can’t even bring myself to sympathize with him when he pukes up a penis; and normally, I’d feel really bad for a guy who coughs up a dick. Honestly, the film did make me laugh a couple of times, but ultimately, I didn’t find it to be an enjoyable film. It could have been, if Stull had left the porn out, went a little darker, and given the film a more satisfying ending.

Rosalita is the second in a trilogy of short films directed by Luciano Azevedo, the first one being Cabrito. What Azevedo is trying to do with these films is make a statement about religious fanaticism and its negative effect on people. He uses religious symbolism to great effect, and keeps the sets swathed in shades of brown and grey so that it is hard to distinguish blood from other kinds of filth decorating the main character’s home. The main character in both Cabrito and Rosalita is a nameless man whose mind is shattered under the weight of his mother’s preoccupation with a fringe religion. The opening scene of Rosalita shows him laying half naked in bed next to his mother’s rotting corpse. Later in the film, he brings a female victim into the bed and asks his mother for blessings.

Overall, Rosalita is an incoherent mess that jumps around in time for no apparent reason, makes no sense, and has no cohesive narrative. Maybe if I had seen the first installment, Cabrito, this film would have been less bewildering to me. On the other hand, perhaps the lack of cohesiveness and linear story-telling is Azevedo’s way of getting the viewer inside the man’s obviously mentally ill mind. Azevedo shows a lot of promise in his directing style, but could use some help from a more seasoned director, or script writer, to develop a more coherent story. Most great trilogies are comprised of films that can still stand on their own as individual entities. What Rosalita lacks in coherency, it more than makes up for in its visually stunning style, especially in its gorier scenes.

This Brazilian movie is somewhat derivative of other horror movies -there is a mixture of occult themes with a serial killer who has mommy issues. And someone wearing a pig’s head. Nothing that hasn’t been done before, and done better. Here’s hoping that the third and final film, as well as the planned full-length feature, ties everything together to create a less confusing story, because Azevedo’s style of filming, and his ability to create an atmosphere you can feel, points toward a writer/director to watch in the years to come.