RLJ Entertainment has been knocking it out of the park lately. Literally every film they pick up for distribution has been stellar. They have locked down the upcoming releases of films like Zahler’s Brawl on Cell Block 99 and Lynch’s Mayhem, of course; however, it has been RLJ’s releases of some lesser known films that have really blown me away. Over the past few months, they’ve released The Limehouse Golem, Bushwick, and Pilgrimage (among others); and, I truly enjoyed each one of these. RLJ seems to really have an eye for putting out strong releases of great, often lesser known, films.

Science Fiction Volume One: The Osiris Child is no different; like these others, it may not be a film there’s been a ton of talk about, but it’s pretty damn great.

I’ll start with the criticism, which sounds like a big one. I didn’t always understand what was going on. The storytelling is often a bit loose and it doesn’t always connect in logical ways. Make no mistake, I’m not saying that this is a non-narrative, non-linear type of film; I’m saying this is a narrative and mostly linear story – with some flashbacks and time jumping, but still generally standard in most ways – that doesn’t always make easy sense of what is going on. This sounds like a damning critique and would be for most films, but it isn’t here. In fact, it really doesn’t hurt the film much at all. Perhaps the tonal shifts and overall journey are somehow even strengthened by the “poor” storytelling.

On the other hand, this film had a modest budget and looks as good as a 100 million dollar Marvel or Star Wars film. The effects are done so well and there was obvious great care in establish the look and feel of the film. In other words, this is a gorgeous science fiction film with no awful CGI or hideous cinematography for the viewer to have to simply accept as a byproduct of the limited budget. Instead, it looks like a big budget blockbuster, complete with a few tentpole film type set pieces. I’ve read numerous numbers on the budget and every one of them is shockingly low when considering how this film looks and feels. From the big gun battles and explosions to the well choreographed prison fights to the awesome monsters to the intimate moments, the aesthetic is pitch perfect. 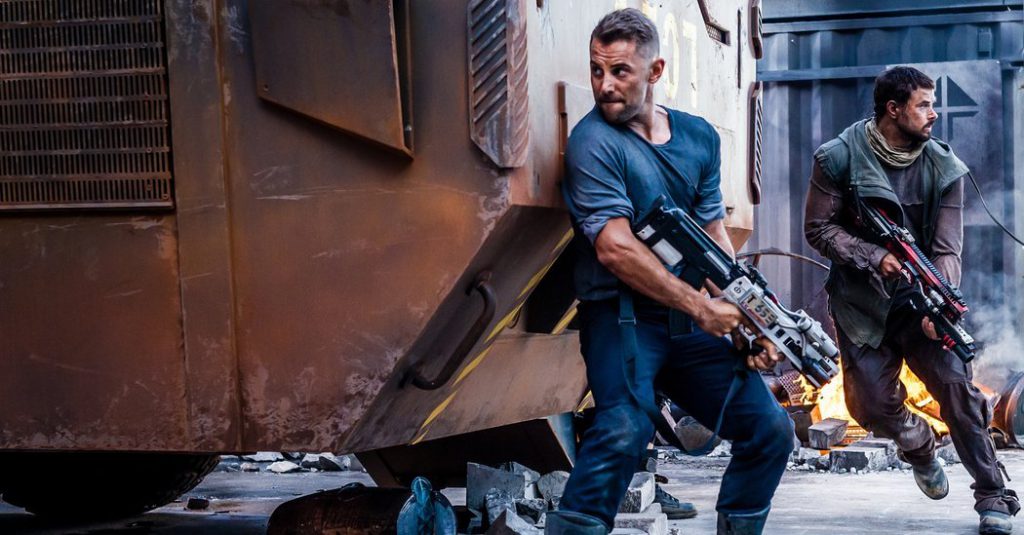 The long and the short of it is that Osiris Child deserves a spot on every sci-fi fan’s shelf. Released just in time to stuff in that special someone’s stocking, this is a great film that any genre cinephile will appreciate. The acting, the effects, and the total package make this a film that is sure not to disappoint. As long as RLJ keeps putting these out, I’ll keep checking them out… because someone over there surely has an eye for up-and-coming genre gems!