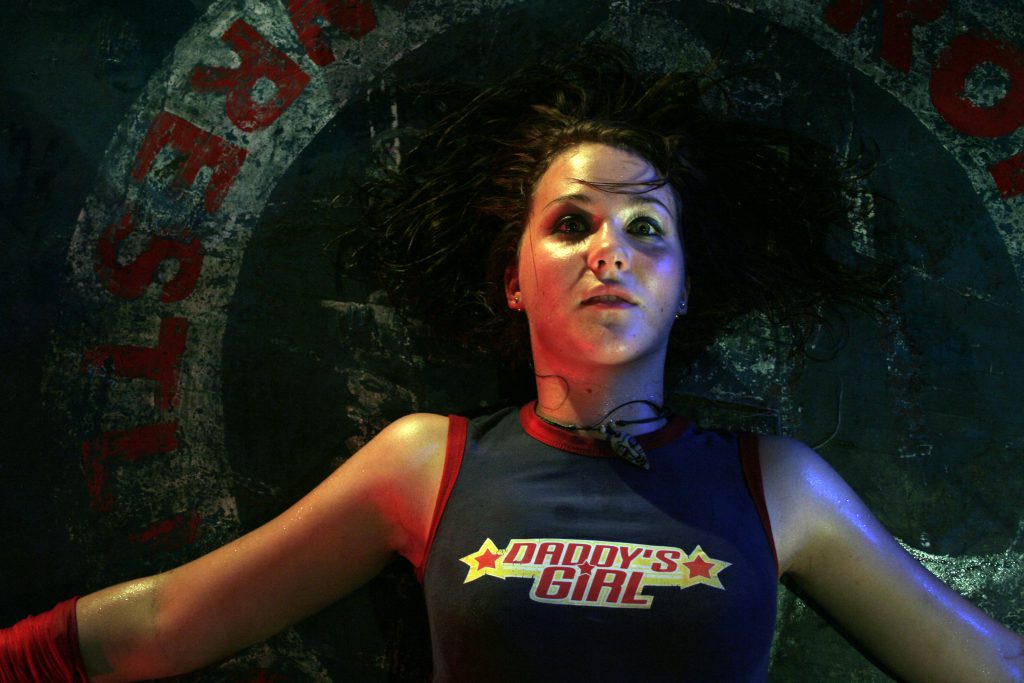 After watching her popular wrestler father die in the ring, a young woman named Charlie decides to honor her father’s memory by becoming a wrestler as well. She faces troubles in her path by a disapproving boyfriend and her boss from hell at her high demanding job. She also has to face the results of the same job’s secret project runs amok creating a zombie invasion. Will she be able to pile drive her problems and achieve the ultimate glory of fulfilling her dreams?

I’ve got to thank thepaintedman for giving me the chance to write a review for this movie since it hits on a few of my favorite hobbies: gory zombie films and pro wrestling! Yet, somewhere tucked in the middle of all the blood and bodyslams is a story about a young lady who decides to go all in on making her dreams a reality, all the while trying to stop the world from ending. That should be enough to break anyone, but our heroine Charlie rises to the challenge and gets herself a new man in the process.

My only complaint is the editing, as there were a few scenes that could have been removed. These few scenes didn’t help the movie’s pacing, actually bogging it down a bit. Outside of that minor flaw, the humor worked well, the gore was passable at its worst, and the action scenes were over the top but highly entertaining. The wrestling scenes were very believable (this could be due to several wrestlers from PCW appear in the movie).

Overall, this is a good movie to check out with something for everyone in it. Definitely recommended!

You can pick up a copy of this ozploitation gem on Amazon, but it’s half the price and twice the awesome to grab it direct from Alternative Cinema/Camp Motion Pictures.