With the news that Torment has been picked up for US distribution, it is time to finally put my thoughts on this dark revenge film on paper. Having watched the film two months ago, one may think that I’ve been putting this task off due to laziness or being too busy; while there is some validity to these thoughts, there is a deeper reason. This film plays on one of my deepest fears and anxieties.

Before I get there, let me start with an word or two on the filmmaker and on the thematic content of this great thriller. I reviewed director Jason Figgis’s last film, Don’t You Recognise Me? (which he also wrote), in mid 2017 and have since been very interested in what he would do next. That film is a display of raw emotion and realism, proof of what a strong filmmaker can do whether or not they have much of a budget:

…the strength of the film is on a cornerstone of grit and emotion. You feel the emotional pain of the characters and when it finally gets to its darkest moments, the film feels somewhat cathartic. Even touching on deep topics like the mistreatment and misunderstanding of mental illness, the film isn’t just a simple revenge film. Yet, that’s exactly what it is.

Fast forward a few months and I was able to take in Figgis’s new project, which I’ve now watched twice more and have thought about countless times. Once again a revenge film, this time Figgis tackles someone else’s script; but the realism and emotion still feel of that brand that hooked me on Figgis to begin with. From the early moments of the film, we know this is a story of a man getting what he deserves… but we don’t know who is holding him accountable or what he did.

The film will reveal these things in due time, but not before I watch my darkest fears lived out on screen. You see, for me, the worst way to die would undoubtedly be to be asphyxiated, notably by being buried alive. Drowning or choking or an asthma attack, all fall within the category, but the worst of them all is the slow, awful feeling of knowing you’re underground and you’re there until it all goes black. Perhaps I’m wrong – I mean, I’ve never been buried alive – but it has always been my greatest fear.

Well, Torment plays on my greatest fear and it does so with vigor. In other words, this movie fucks my shit up. With Torment, Figgis once again proves that you don’t need a lavish budget to make a true horror show. The formula is simple, telling a story built on raw emotion is the name of the game. The technical aspects are mostly on point, but it’s the pain, anguish, anxiety, and terror that make the film so effective. 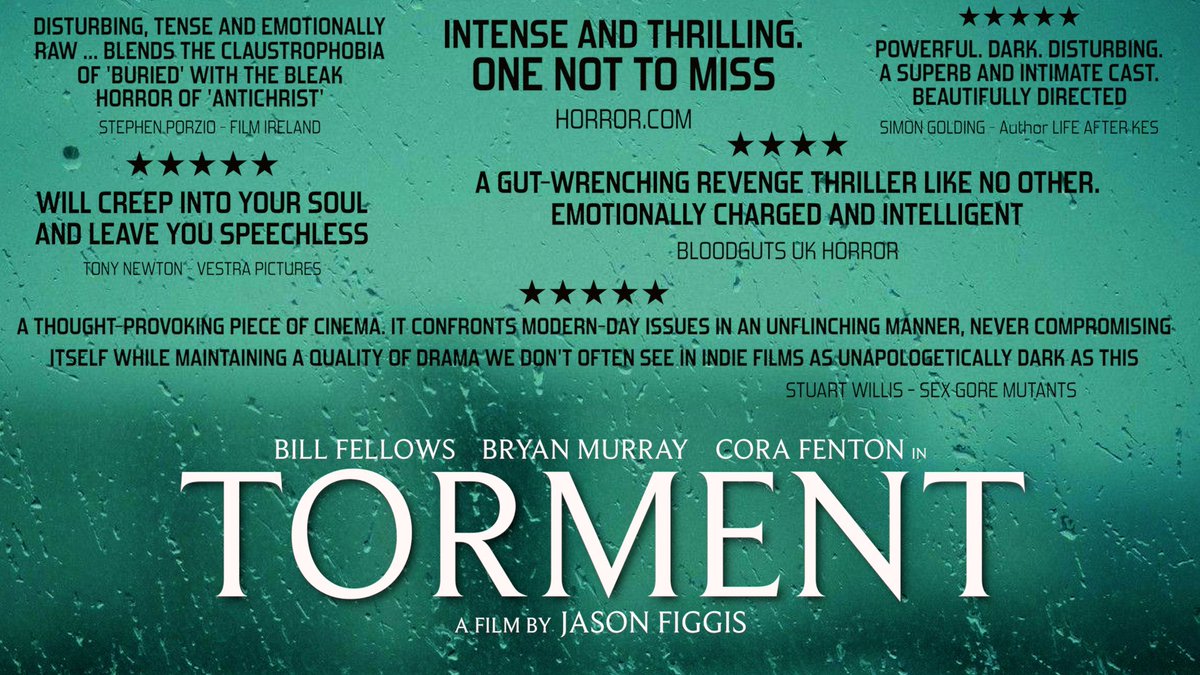 So, the US better get ready, because this film is coming stateside and its relentless psychological torment will be front and center. It won’t take long before you get how appropriate a title Torment really is.