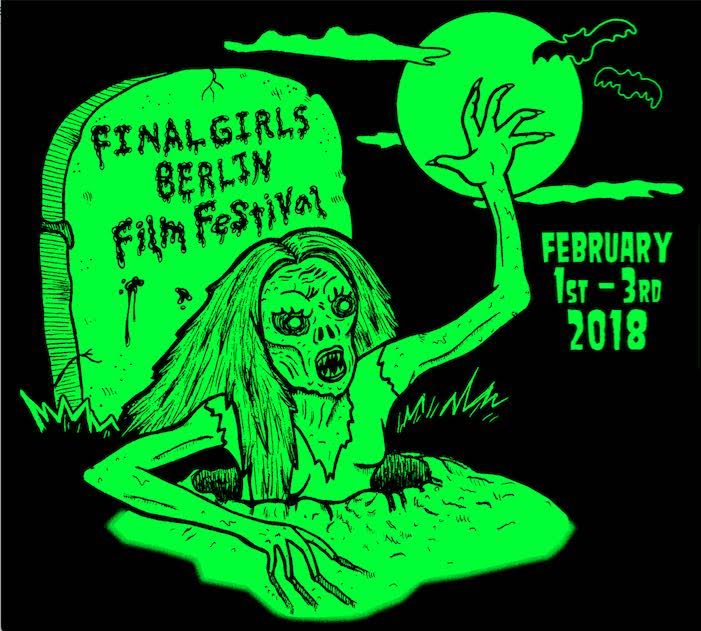 On Saturday night, the festival included a series of short films called Serial Killers. Here are a few of the great films that played during this block.

Don’t Ever Change takes a look at how far obsessed fans of infamous killers will go with their obsessions. Seemingly inspired by the Manson family and their fans, the ten-minute film shows a daughter helping the newly freed mother she barely knows adjust to life after forty-five years in prison for some murders she committed with some other young girlfriends. The mother, Karen, played wonderfully by Cyndi Williams, is nervous because a journalist is coming to interview her. I won’t give away the twist in this film except to say that the journalist, played in perfect hilarity by Frank Mosley, has a very unusual request for her. I also must mention that the daughter is played by Heather Kafka, who had a memorable role in the 2003 Texas Chainsaw Massacre remake.

Don’t Ever Change tackles so much in its brief time and does so incredibly well. It tackles themes of how difficult it can be to fight our base desires, as well as the danger that accompanies fanatical fascination with people who have committed evil deeds.

The acting is just superb and writer/director Don Swaymos has managed to create a truly cohesive story with a clear narrative in just short ten minutes. “Don’t Ever Change” is horror comedy at its finest. I couldn’t help but think that these characters and the premise of this story would make a hell of a horror-comedy television series along the lines of Netflix’s Santa Clarita Diet. It’s that good!

Fry Day takes place during the night of Ted Bundy’s execution, as people are gathering outside the prison to celebrate. Jordyn DiNatale plays Lauryn, a teenage girl who has decided to capitalize on the execution by taking Polaroid pictures of people wearing their “Burn Bundy” t-shirts and selling them to them for two bucks a piece.

Fry Day has an authenticity about it, managing to recreate 1989 Florida, using real footage from news reports about Bundy’s execution.

Lauryn meets a boy from her high school and he talks her into going with him and some of his friends. Being a plain, unpopular girl, she takes him up on his offer. It is in this next part of the film that we find out that sometimes the biggest monsters are everyday people and not necessarily serial killers. It’s almost hard to watch what happens to Lauryn through the remainder of the film, possibly because she is so relatable and sympathetic. DiNatale does a great job playing a character who is invisible to most people, and yet manages to make it impossible for the viewer to take their eyes off her.

The irony of this story is that while a monster is being executed inside the prison walls, there are multiple monsters running free outside the prison walls. My only problem with the movie is that there seems to be no resolution and the ending is either ambiguous or tragic, depending on what you take away from it. Despite this one flaw, the film is so well done it is forgivable. The acting, the cinematography and direction are top notch. Again, its strength is how it manages to capture a very specific time and place in such a realistic way.

Little girl, played by Milly Walton, seems to be running or hiding from someone, perhaps an abusive father, as she hastily comes into a hobby shop. She hears music and looks through an opening in the wall to see the proprietor of the shop performing a marionette show for apparently no one.

The film takes a sharp turn toward terror when the little girls ends up in a dark basement with a human marionette, yes human marionette, that seems to want something from her. The human marionette is muttering something in a sing-song voice, but I couldn’t make out what she was saying. I wish I could have, because I really didn’t understand the point of this film. It felt choppy and incomplete.
What it lacks in cohesiveness and clarity, it more than makes up for in true horror movie atmosphere. Hobby Shop has the creepiest vibe of the five short films I viewed from this festival.

I would like to see this story fleshed out with a clearer narrative. I’m still not sure what the ending was about. Hobby Shop has highly professional cinematography and directing, as well as a great set and makeup effects. For a young actress, Milly Walton does a great job carrying the film. The human marionette is so creepy, but I would like to know the story behind her – how and why she ended up that way. Is she the monster and the hobby shop owner the guardian so to speak? Or is he the monster and she the victim.