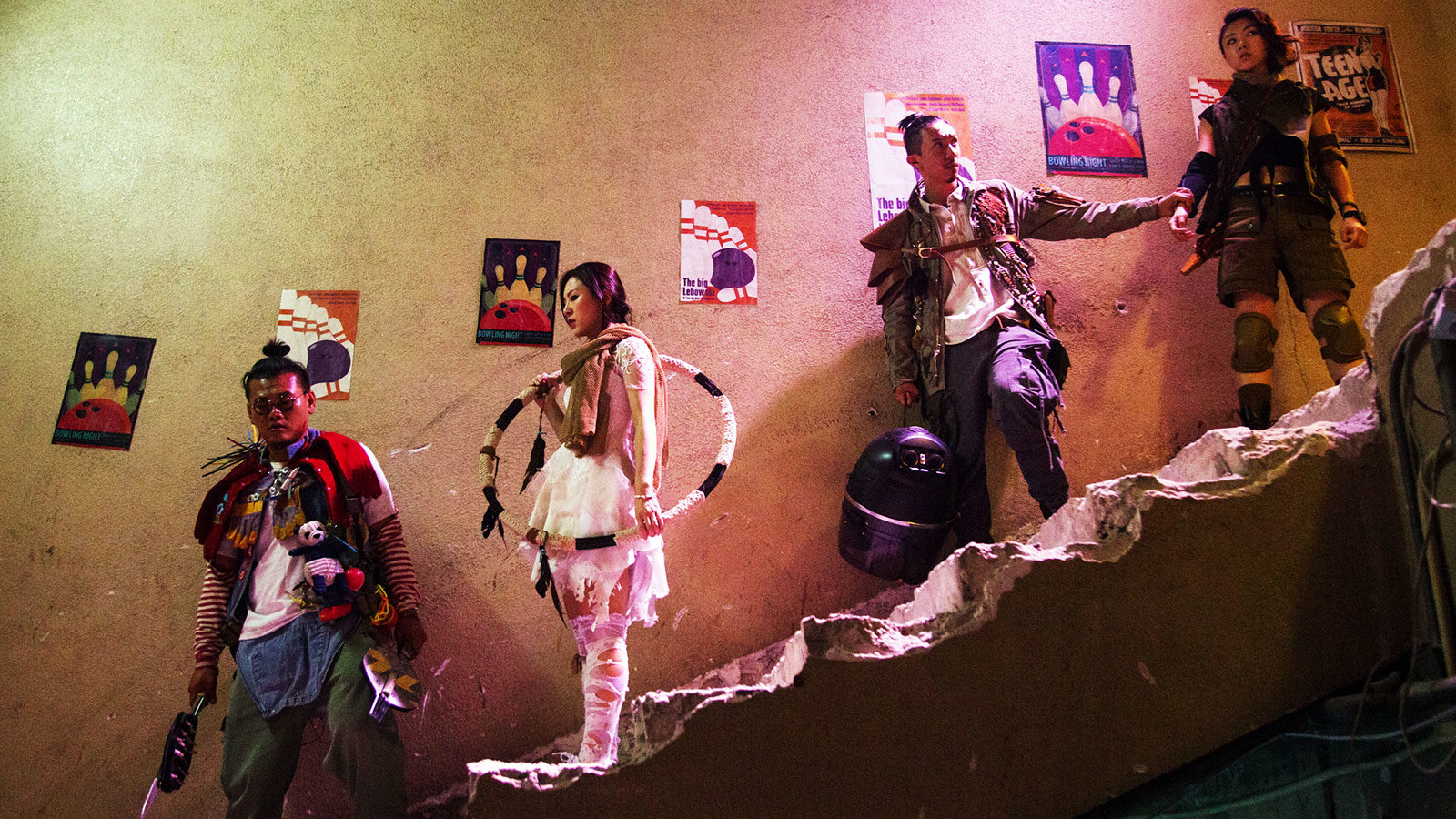 Zombiology: Enjoy Yourself Tonight is 2017 zombie comedy made in Hong Kong and China. It’s running time is 1 hour 46 min tunes. It’s directed by Alan Lo and is his first full length movie.

Two young slackers find their life altered when a zombie outbreak happens in the area they live in. They are faced with the task of running away or fighting for what they hold dear.

Usually I prefer my zombie films straight with as little humor as possible but I may have change that after watching Zombiology: Enjoy Yourself Tonight. This mixture of coming of age story/zombie attack film hits all the right notes in its scripting, acting, effects as it balances its comedy of errors in dealing with the main charters’ interaction with his family and the area he lives in while the zombie attack story line bubbles underneath. And when the zombie survival story kicks into gear you will not see it coming in which adds a nice note of comedy and surprise.

One thing I have noticed with this 2nd wave of Asian Horror cinema is that it’s not afraid to take American horror tropes and bend them into testaments of Asian culture and traditions and make something fresh and exciting for both their home and international markets. Examples of this can be found in Stacy, Train to Busan, Psycho Shark, Zombie Ass: Toilet of the Dead (yes, that is an actual Asian horror film I can discuss at another time). Oh, did I mention a few anime scenes to help move the movie along and fit right in?

So if you are looking for a different type of zombie film, I would seek this out and get ready to enjoy the ride it takes you on!