A fifteen-second horror film, involving a pregnant woman, covered in blood and kneeling next to the dead body of a man. Based on the line of dialogue she has and her final action, I would assume, and hope, that there is a full-length feature being planned. There is definitely potential for a bigger story in this very short film. The fact that RJ Wilson gets you to ask questions and want more, after seeing fifteen seconds of film, says a lot about this film. More, please. 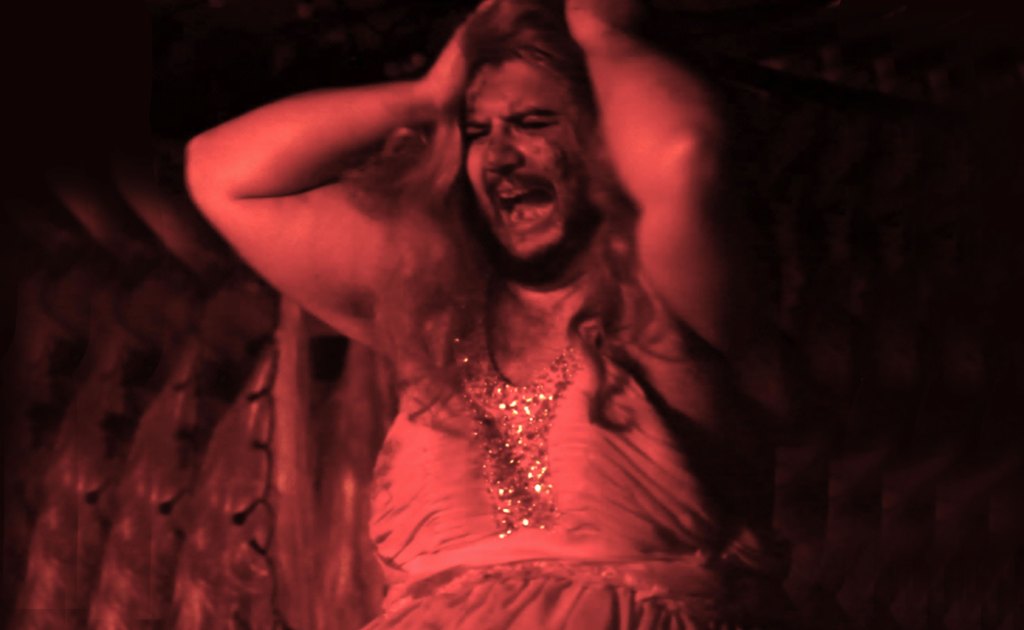 An obese man in a wig and little girl’s dress dancing maniacally… Christmas lights hanging everywhere, and dolls – lots of dolls – and a woman slumped over in a chair. That’s what my eyes took in just in the first few seconds of this four-minute film. Then Shirley Temple and little girls crying over broken toys. The man dressed like a little girl is a captivating character, even though he never speaks a word. This is a short film that begs to be made into a longer film – not necessarily a full-length feature, but at least part of a horror anthology. There’s obviously a lot that has happened to get this man to become a babbling idiot dressed like a little girl. And I’d like to know more about the woman in the chair and how she got there. 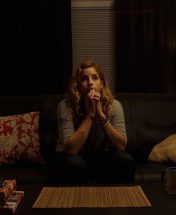 The Misplaced opens with a couple arguing over a drain trap that has gone missing. The man is being pretty paranoid about it even though the woman assures him she has had things disappear lately too. Upset about his father’s ring disappearing, the man takes off, leaving the woman alone in the house. In less than four minutes, Divincenzo and Frizzi mange to create a moody, atmospheric horror film with a creepy and unsettling ending.

I Want You to Know
Dir. Silvia Graziano

A moody and quiet film narrated by a woman as she does mundane things like shower, prepare fish for dinner, and kill a couple of guys tied up down in her basement. I cannot verify this, but I wonder if writer/director Silvia Graziano is the same Silvia Graziano who appeared in the great short film Rites of Vengeance last year. The narrator is speaking, or perhaps writing, to an unknown person, as if she knows she is going to get caught eventually and just wants this unseen person to know she had her reasons for what she did. There are unanswered questions in this four-minute film, but that is okay. One very important question is answered if you look very closely at the laptop screen at about 1:10 into the film. As often happens with short films, I am left wanting more. Maybe this is just a precursor to a fuller, longer story Graziano wants to tell. 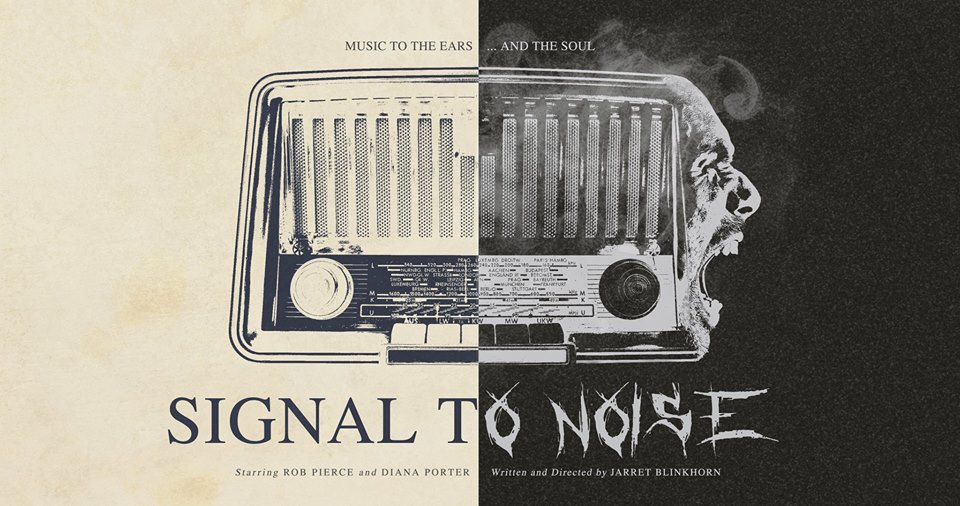 A guy is working alone in a garage or barn when he hears some strange noise on his radio. Clocking in at three minutes, this film gives a first-person view of the end of the world. A quietly disturbing and effective film. Turn off your radios.