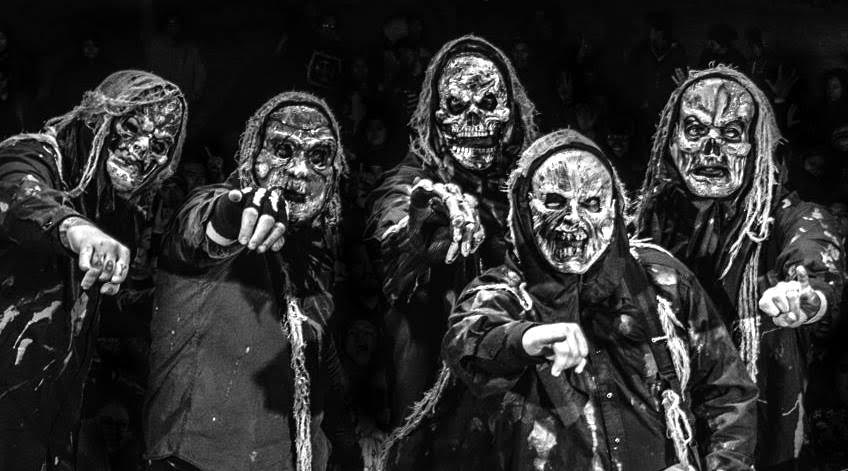 After a seven-year wait, horror punk band Grave Robber is back with Escaping the Grave, their first album since 2011’s You’re All Going to Die.

Grave Robber tend to get their song titles from the names of Horror Movies, and when performing dead (I mean live), they appear as risen-from-the-dead-ghouls. But there’s nothing dead about their music. This is high octane punk rock!

The album opens with a short track, a horror movie score that lets you know you’re about to hear some horror punk but gives you no indication of the speed and ferocity of the songs you are about to hear.

The songs on Escaping the Grave have incredible energy! Grave Robber play a style similar to Misfits and Ramones, crafting fast and furious songs that get straight to the point. Despite the comparisons, Grave Robber are definitely a band with their own unique approach to punk rock.

Lead singer Wretched’s vocals are so strong on this album, as if Glenn Danzig and Dave Vanian of The Damned (pre-goth era) had a baby and fed it steroids for the next 18 years. The guitars form a battering ram wall of sound that assaults the senses, focusing on fast and loud rhythm, with little to no lead solos. Jim Chaffin (The Crucified, Deliverance), with his pedigree in punk, hardcore, and metal, uses his drum skills to propel the music along at breakneck speed, while managing to throw in some flourishes.

Escaping the Grave is mixed perfectly, especially for an album belonging to a genre that has a history of subpar musicianship and amateur mixing. Every instrument, every vocal is mixed at just the right level for you to hear everything that is going on.

One thing about the punk genre, especially early punk, is that eps were usually stronger than long players, because so many punk albums had a ratio of one standout track to three throwaways. But the songs on Escaping the Grave are all killer no filler. In true punk fashion, some of the songs clock in at under two minutes, but some venture out past the three-minute mark. Not only are the songs fast and heavy, they are incredibly catchy and melodic. There is virtually no space between the songs – one song flows right into the next, denying the listener any chance to catch their breath. 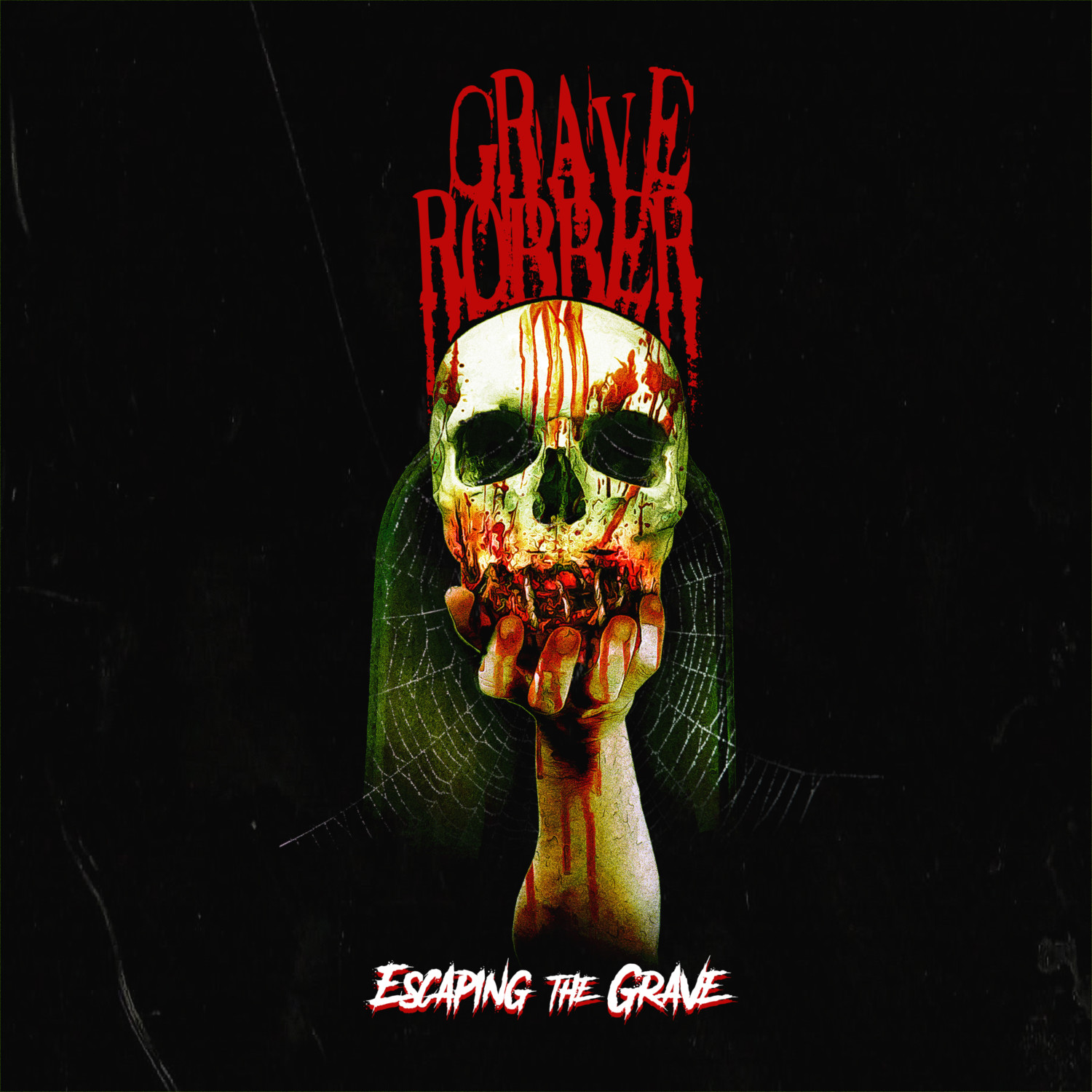 On a record that is consistently great, there are a few songs that stood out to me most. “Into the Pit” makes me want to mosh REALLY BAD, which makes me wonder if that is why it is called “Into the Pit”. I’m sure it will be a perfect song for them to open their shows with.

“Zombieland” is a great showcase for Jim Chaffin’s drum skills and has some old school gang vocals and a tune you can sing along to.

“The Conjuring” opens with a riff worthy of the Ramones and leads into the next track “The Swarm,” which I can just imagine the crowd screaming the chorus to when they play it live.

“The Night Evelyn Came Out of the Grave” is a great track, with an epic quality, telling a story with one of the album’s best lyrics.

[Editor’s Note: The film that this song is based on is discussed in two of the site’s old columns, both of which are still up for anyone interested in reading.]

The guitars are amazing on “The Beast Within”, a high energy punk song, bordering on old school hardcore.

The title track closes the album with a style reminiscent of Social Distortion, making Escaping the Grave go out on a strong note.

“Jet Black Tears”, a cover of a song by goth band Leper is a welcome departure from the standard Grave Robber sound, giving a showcase to both Jim Chaffin’s excellent drumming and what is one of Wretched’s best vocal performances.
Escaping the Grave is such a strong album, and such a perfectly made horror punk album, that I hope we don’t have to wait seven years for the next one.

2 Replies to “Horror Punk is Still Alive and Well… or, perhaps, Undead and Well”