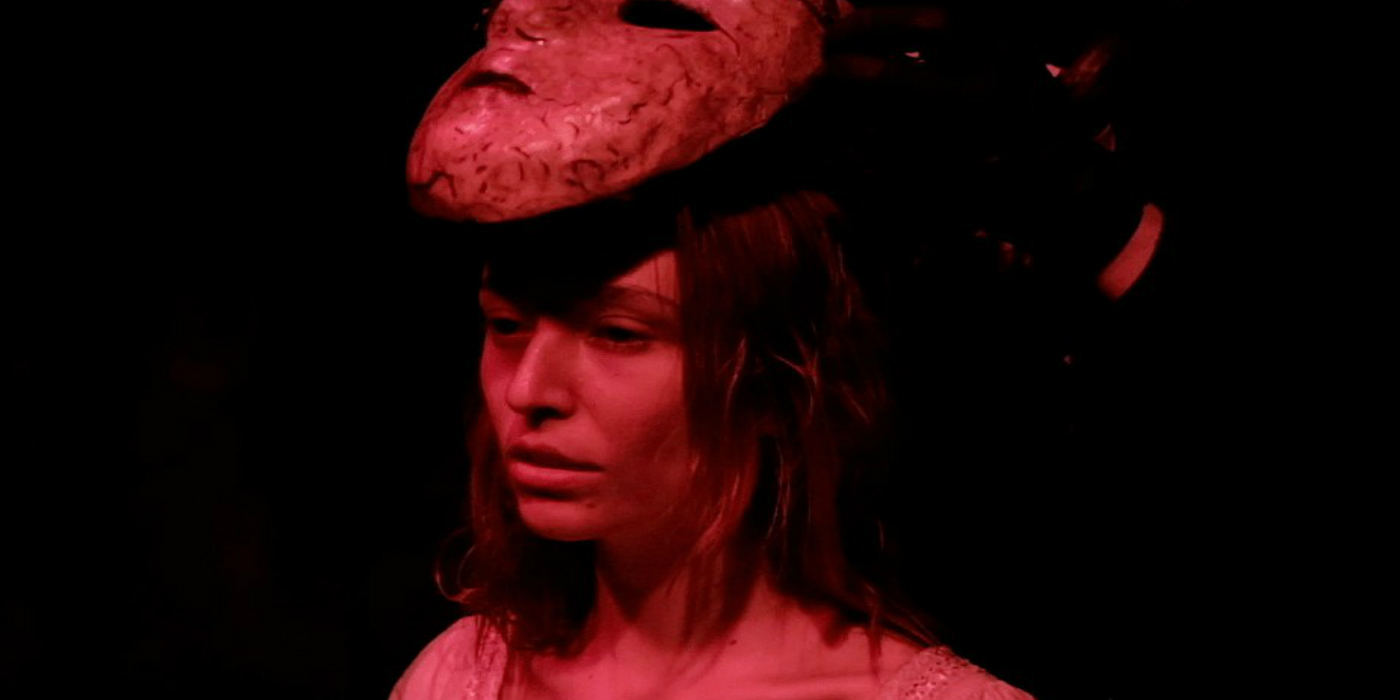 The Devil’s Well, written and directed by Kurtis Spieler is a film about the conflict between belief and unbelief, as in belief in the paranormal vs. not believing in the paranormal. Unfortunately, the film never effectively picks a side. In fact, the movie doesn’t seem to know what it is supposed to be.

The first thirty minutes of the film are done like a documentary – in fact, it took me a while to figure out that I wasn’t watching a real documentary. To that effect, the acting is good – better than you find in most found footage films. The actors inhabit their “every-day, average citizen” roles convincingly.

The premise of the film is that, one year ago, paranormal investigators Bryan and Karla Marx had visited a location called the Devil’s Well, rumored to be the site of many paranormal disturbances. While there, Karla disappeared, and Bryan cannot convince anyone that paranormal activity of some kind was responsible for her disappearance. His in-laws believe he killed their daughter, but police haven’t been able to find any evidence that he did. In true crime show style, the first thirty minutes consist of interviews with Bryan, Karla’s parents, police and other people close to the story. It is an incredibly boring and long set-up to what the movie is about, which is a group of paranormal investigators who accompany Bryan back to the Devil’s Well to investigate and hopefully clear his name.

Here’s a big problem with this movie – if you are going to focus a story on a place, even name the movie after said place, the place better be scary, memorable, impressive. Case in point: the hotel in The Shining. The Devil’s Well is not impressive or memorable. It is a well in some tunnel or underground place and is slightly larger than a five-gallon bucket. Think This is Spinal Tap and the Stonehenge prop.

The tunnels, or whatever they are, serve as an effectively spooky atmosphere for the rest of the film. Another strength of this film is that the camera work is much better than what you get from most found footage films. There’s not a whole lotta shakin’ goin’ on, if you know what I mean.

I get that the initial thirty minutes of faux documentary footage was somewhat necessary to set up the rest of the film, but when you make an audience sit through that much NOTHING, there better be a big pay off coming. But when forty-five minutes has gone by and still nothing has happened, that’s when you’re really going to lose folks.

There are some great shots where the camera zooms in on the darkness emanating from one of the tunnels, the suspense builds, you’re waiting for something to come out of the dark and scare and… nothing. There is so much potential with this story and the filming location to create some real payoff in the scares department, but the payoff never comes. Yes, a mystery is solved to some degree. Certain turns in the plot hint at there being some paranormal activity going on, as well as satanic cult rituals possibly occurring, but The Devil’s Well leaves more questions unanswered than answered. The brief moments of action that occur don’t make up for all the potential moments that were missed. There were so many of those zoom shots into the darkness to build suspense – and I get the old formula of doing that a few times so that when something finally does come out of the dark you are taken by surprise and genuinely scared – but that moment never comes.

The Devil’s Well tops all of this off with an unsatisfactory ending that left me feeling like I had just wasted ninety minutes of my life. Great camera work and above-average acting simply cannot save a movie from a poorly paced and incomplete story. There is still a lot of potential for better things from Kurtis Spieler. I hope he does another film with a stronger, more well-thought-out story; maybe get a co-writer for the screenplay and some directing tips from a seasoned pro.