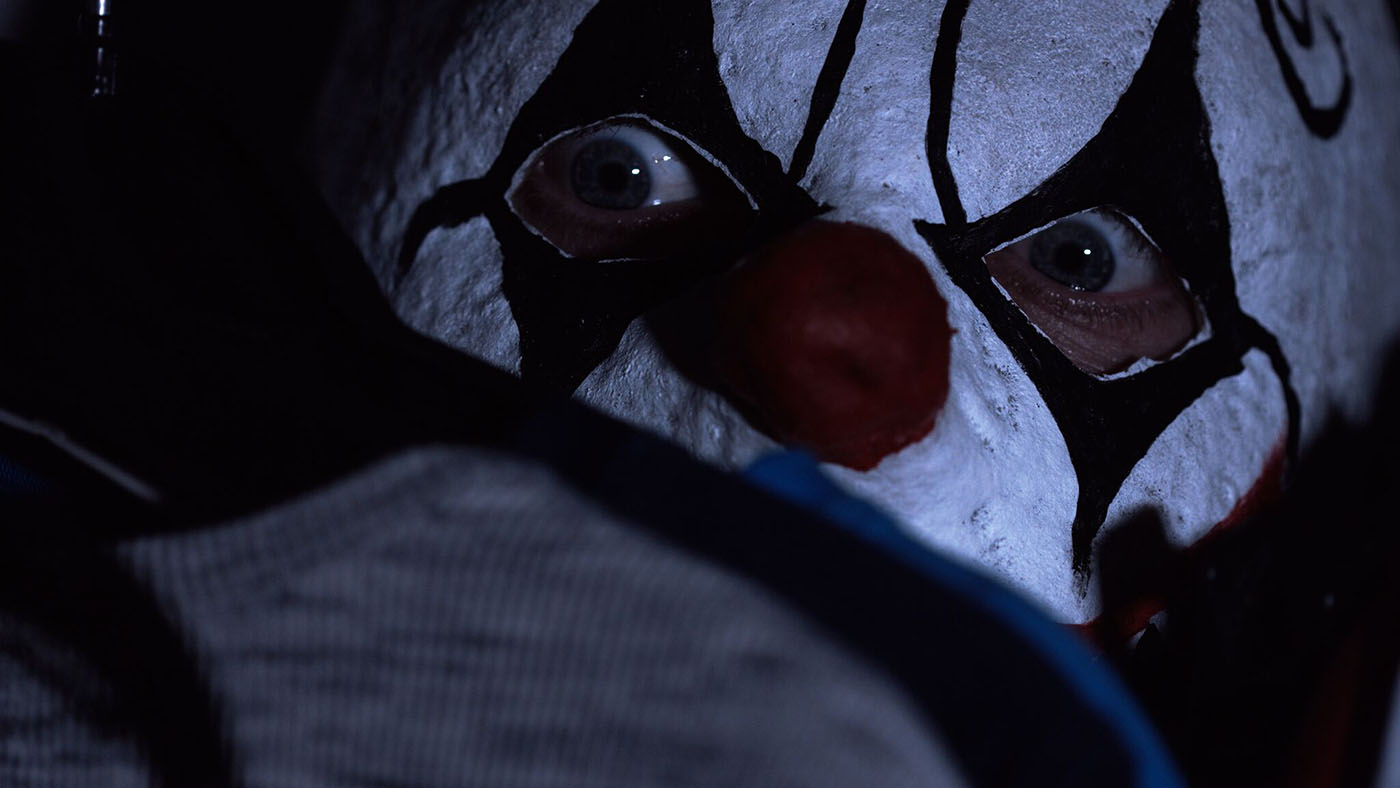 House of Salem, written and directed by James Crow (Curse of the Witching Tree, Nightmare on 34th Street), is a movie that aims high, but falls short due to trying to be too many things all at once. It’s a difficult movie to categorize because it is a mixed bag of horror and non-horror themes all trying to tell a single story. The movie begins with a home invasion by kidnappers in clown masks, abducting a little boy who already suffers from nightmares. The kidnappers take the boy to an old creepy mansion called House of Salem and await orders from the man who hired them.

The cinematography and sound work with the masterful sets to create a feeling of overwhelming spookiness, otherworldliness, and dread. With the clown masks off, the kidnappers aren’t quite as intimidating, and the performances of the different actors are a little uneven, though a couple of actors really stand out – particularly Leslie Mills as Jacob and Dean Maskell as Craig.

When the kidnappers start getting killed off, and the movie takes a supernatural turn, James Crow throws in twists and turns that are unpredictable – but one reason they are unpredictable is that they don’t all make sense. “Satanists” enter the story, but they are portrayed as more of a secret society than a satanic cult.

One of my biggest issues with horror films that deal with the occult or Satanism is that they almost never know what the hell they’re talking about. The occult rites are completely fictional, and their reason for their existence is often ludicrous at best, and it’s no different in House of Salem. The “old group of occultists needs some special kid to complete a ritual” story was done to much greater effect in the 2002 film Darkness, starring Anna Paquin. (Note: I am alone in this opinion. Darkness has a 4% rating on Rotten Tomatoes.)

House of Salem isn’t a bad movie by any stretch – it just tries to be too many things. Kudos to writer/director James Crow for having the imagination and ambition to turn genre films upside down and sideways by taking the home invasion theme and kicking its ass by turning the tables on the invaders (it’s been done before, but not this cleverly). And then adding “devil-worshipers” to the mix, along with the “special child,” and throwing in supernatural elements so that you don’t know whether the real danger is what is seen or what is unseen. Yes, it does feel like someone put too many ingredients into the soup, BUT Crow successfully creates a horror film that makes you think about it long after it’s over. And if nothing else, House of Salem has tons of atmosphere. Not that this film is really anything like The Exorcist in its storytelling, but it does have that unpleasant vibe to it that The Exorcist has – like you’re seeing something you aren’t sure you really want to see, and then afterward, kind of wish you hadn’t.

House of Salem would have been better served by spending more time giving background information that would help the story make sense and less time on character development and long scenes of people arguing. But it’s still a movie worth watching, just for the setting and atmosphere alone.