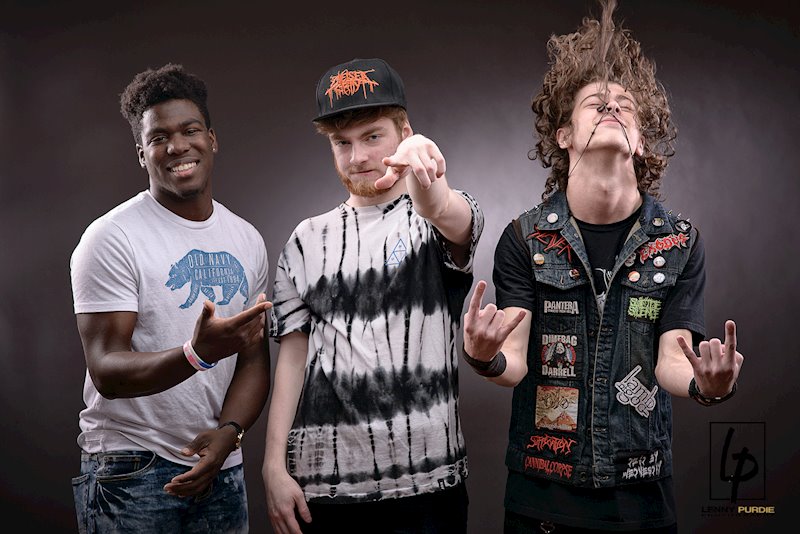 When I listen to American Amnesia, I here my youth. As a 30-something, it’s crazy to hear a band of teen rockers feasting on the rock that dominated 90s airwaves. On their latest album, influences from Guns N’ Roses, Soundgarden, Bush, Pearl Jam, Alice in Chains, and Faith No More are all undeniably present. It’s a weird ride back in time, but with a modern twist that embraces modern punk and dance rock too.

On their new album, Yet Here We Are, the pop sensibilities and hard rock chops truly work hand in hand to create the type of hard edged alternative rock that has resonated with Gen Xers and early millennials since the grunge era took what it loved about hair metal, prog rock, and the indie rock scenes and created its own new brand. In other words, if you like bands as wide ranging as Rush, Poison, Nirvana, and the Killers, you’re bound to enjoy American Amnesia.

The opening track off of the new album is a fantastic place to start. A short acoustic intro bust out into a fast and furious rock anthem with lead singer Patrick Nemaizer’s unique vocals that feel like a blend of Axl Rose, Jerry Cantrell, and Mike Patton. The riffs are tasty, the melody is fantastic, and the song feels like a perfect track for a relaunch of Headbanger’s Ball.