[Editor’s Note: For something less scary or spooky, but still supernaturally themed this month, check out Kenny’s review of this quirky adventure film. Nothing better than shaking up your horror diet with an action comedy that features horror tropes, essentially presenting a live action Scooby Doo, but from South Korea.] 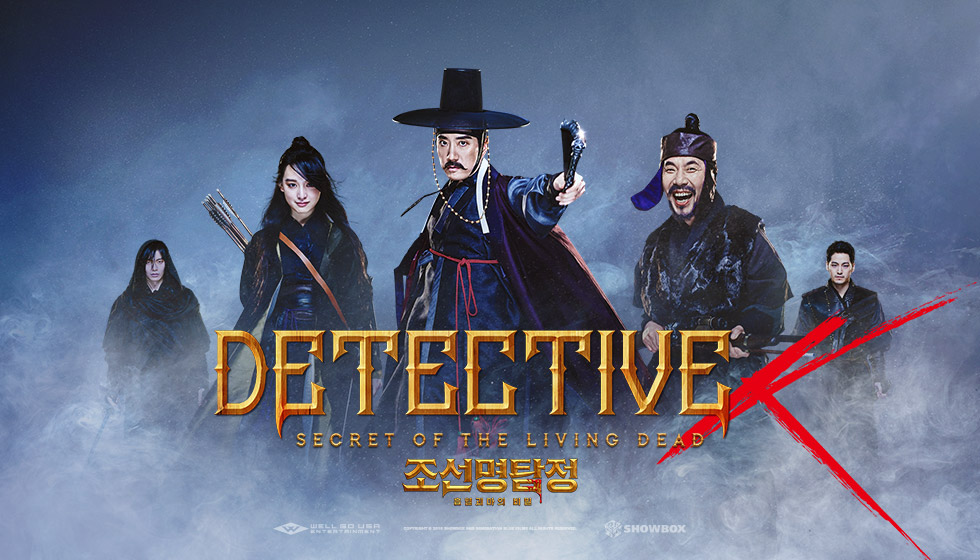 Detective K and his partner team up with a beautiful woman who has amnesia, and they discover vampire bite marks on bodies. As they investigate further, they begin to realize that the woman is somehow closely connected to the deaths.

This is film number three in the popular and successful South Korean Detective K film series that began in 2011 with Detective K: Secret of the Virtuous Woman followed up by Detective K: Secret of the Lost Island. After watching Detective K: Secret of the Living Dead, I can understand why. For those new to the series (like myself), Detective K and his sidekick are like Sherlock Holmes and Dr. Watson with a heavy dose of slapstick humor in which is part of its charm. The mystery element doesn’t suffer from it like it does with 90% of all the comedy mystery films that has come out in the last 20 years. Plus, this movie is self contained from the others in the series, so watching the first two movies isn’t needed. Though, I recommend it, as all three are a much needed breath of fresh air in the mystery genre.

There is an element of the supernatural at work within the story’s final solution, but you will have to endure a tonal change in the story at the midway point. Normally, it could take away from a film to take such a risk, but – for this movie – it works because the script sets itself up that way. As with any good mystery movie, there are plenty of red herrings and awesome action pieces to keep one’s interest.

I recommend checking this out along with all the fine offerings from WellGo USA.