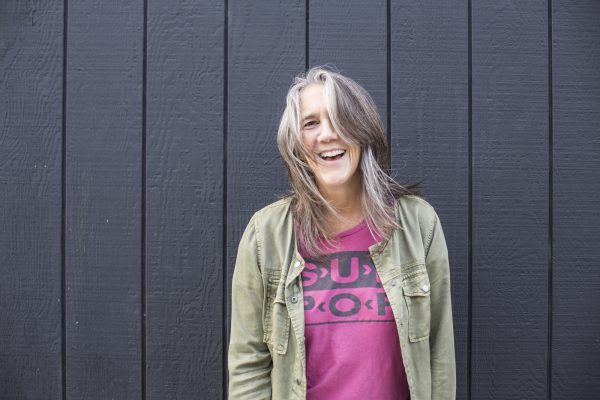 When Deb Montgomery‘s new EP kicks off, it’s hard not to immediately draw comparisons to artists like Neko Case and The Cranberries. Other outlets have compared her music to Brandi Carlisle, Neil Young, Elbow, and Wolf Alice – all are equally appropriate comparisons, as well. Her folk rock sound is decidedly introspective and deliberate. There are no upbeat and “fun” tracks on this five song EP, opting instead to build slower power ballads with thick bass lines and thumping drums.

Based in the Seattle area, Montgomery’s tour schedule is west coast heavy, the songstress and her band have spent time in other cities over the years, notably New York and Toronto. This latest release, however, was written solely while staying in Oregon and, perhaps, we can credit the time in the Pacific Northwest for the dark, brooding electric sound. Prior to the writing and recording of this EP, Montgomery’s sound was acoustic guitar based. The EP was written exclusively on electric guitar and the grunge rock influence on the songs is undeniable.

The long and the short of it is that this new era for Montgomery is one that fans of folk rock with a less bubbly or upbeat sound will find worthwhile. The five tracks blend the alternative and grunge flavor of 90s and early 00s Seattle with classic folk elements and old school folk rock to create some powerful emotive moments. Whether this sounds like it’s for you, it’s undeniably well written and full of raw and powerful emotion. Fans of Nirvana and Soundgarden have as much here to chew on as the folksters and that’s saying something.