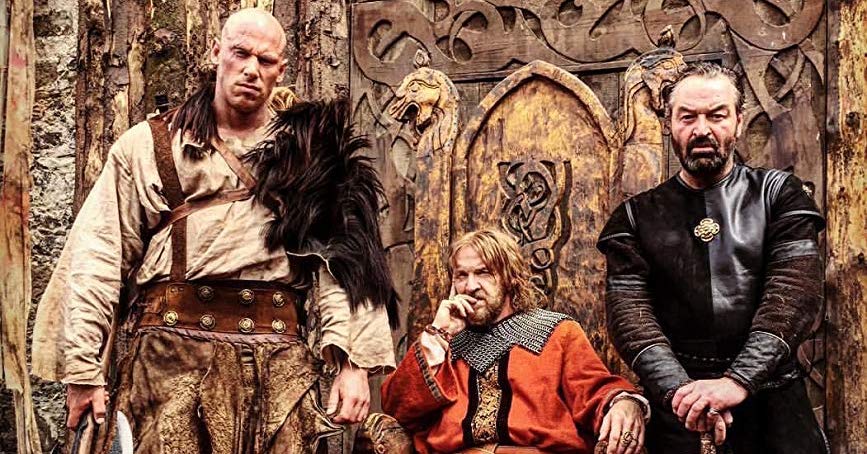 Viking Princess Helle is forced to flee her kingdom after being framed for the murder of her father, the King Asmund. Under the guidance of the God Odin, she travels the world gaining wisdom and building the army she needs to clear her name and win back her throne.

I am starting to believe I am the go to reviewer for the “women rising up to face great odds and win while kicking ass doing it” type of films and you know what, I’m fine with that because it gives me a chance to discover some non-horror gems I may have overlooked elsewhere. Viking Destiny impressed me greatly because it looked like a well put together film on a limited budget. Genre fans will love that fact that Terence Stamp (General Zod of Superman 2 fame) plays Odin who guides our heroine Princess Helle in her quest to not only avenge her father’s death but reclaim her rightful place as his heir.

A movie like this comes off the heels of a renewed interest in the Viking culture with the shows Vikings and Game of Thrones being top rated shows on cable and a ton of Viking themed movies that was released over the last couple of years. Also I can’t forget the interest in Viking themed metal that has cropped up too. What really amazed me about the film was that it told a a complete story in its very short running time of 93 mins. I guess the only down point is that Loki is under used to me because he provides some of the films most humorous moments while moving the film’s plot a long as does Odin. The many fight scenes were a mixed bag as the One on One battles out shined the final battle towards the end of the movie. Thankfully there was no digital blood and practical effects were used in which made the movie more real to me.

So, if you are a fan of action films or of The Vikings show then this movie is for you. Anyone who loves female empowerment films will also enjoy this as well. Odin knows I did a lot more than I thought.