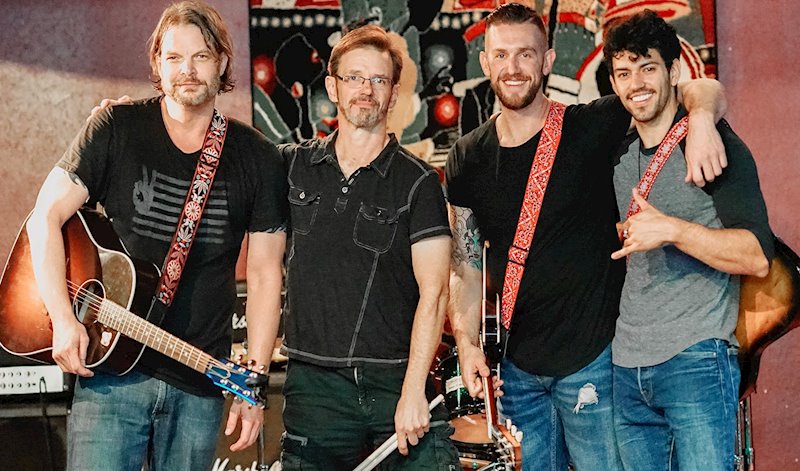 A few months back, we discussed the first single off of American High’s latest album. It’s a fantastic and powerful political pop punk track called “Cheye Calvo” and the music video for the song has gained a ton of steam since it debuted. Since that time, they’ve dropped the entire album and fans of punk rock, throwback rock n’ roll, and political rock music should all take note. UN Article 14 is quietly one of the catchiest and most potent rock releases in recent years.

American High blends a high energy punk rock vibe with throwback surf-inspired pop rock. With a sound comparable to bands like The Queers, many will appreciate their sound as something very few bands are doing these days. Beyond all labels, the music can best be describe as extremely catchy and infectious – bratty like good punk rock should be, smart, politically charged, and filled with great harmonies. American High fills a void in in music that has been missing for a good few years with their radio friendly sound that stays true to punk ethics and values.

In addition to the lead single, “Cheye Calvo”, their new album – UN Article 14 – boasts several other standout tracks. The opener, “Second Sister”, is upbeat, poppy, and hard to ignore. “Test Pilot” feels inspired by the like of Tom Petty and Weezer simultaneously, while still maintaining the punk aesthetic that remains a throughline on the album. The title track, “UN Article 14”, is raucous and fun, with that undeniable surf sound, once again evoking the likes of The Queers or the more surf inspired songs from bands like The Vandals or Screeching Weasel.

If you like your pop punk from bands who admire British Invasion bands, classic rock, and the Beach Boys, this is the album for you. It’s highly recommended for just about everyone, as far as I’m concerned. As “Cheye Calvo” was one of my favorite songs I heard in 2018, this is easily one of my favorite albums I’ve listened to in some time. In fact, UN Article 14 is an early contender for the best of 2019.

Check the band out at americanhighband.com or Facebook today.