Love is not easy. Love can be dark. Love can be truly fucked up. Filmmaker Rob Grant’s new film Harpoon is all about this type of love… the type that doesn’t always go the way you plan. The three protagonists of this film are all connected via love, whether it be romantic love or a kinship. First, we meet Richard (Christopher Gray) and Jonah (Munro Chambers), long time friends through thick and thin… despite some serious volatility and intensity in their relationship. Soon thereafter, Richard is beating the living shit out of Jonah and we’re introduced to our third primary player, Emily Tyra’s Sasha – whom is Richard’s girlfriend and close friend to Jonah.

We find out early on that there’s somewhat of a love triangle here, whether real or perceived. Richard thinks Jonah and Sarah are sleeping together, which the two deny. To blow off steam after the fracas, the trio heads out on Richard’s boat for a day trip of deep sea fishing and a whole lot of day drinking. From there, things spiral out of control into a bizarre and unique story that feels equally influenced by Wes Anderson films, gore soaked horror flicks, and survival movies like Castaway or even Alive.

Like Sadistic Intentions, another film I reviewed from Chattanooga Film Festival this year, this film is essentially a single location film with a small – but exceptional – cast. While only Munro Chambers was familiar to me going into this film (from his incredible performance as the lead in the gory post-apocalyptic insanity that is Turbo Kid), all 3 of the primary cast members are impressive in this film. All flow back and forth from serious and pained emotions, carefree and upbeat highs, and absolute psychopathic lunacy. Despite these wild fluctuations in emotions and observable motives, the 3 all feel believable in their see-sawing. 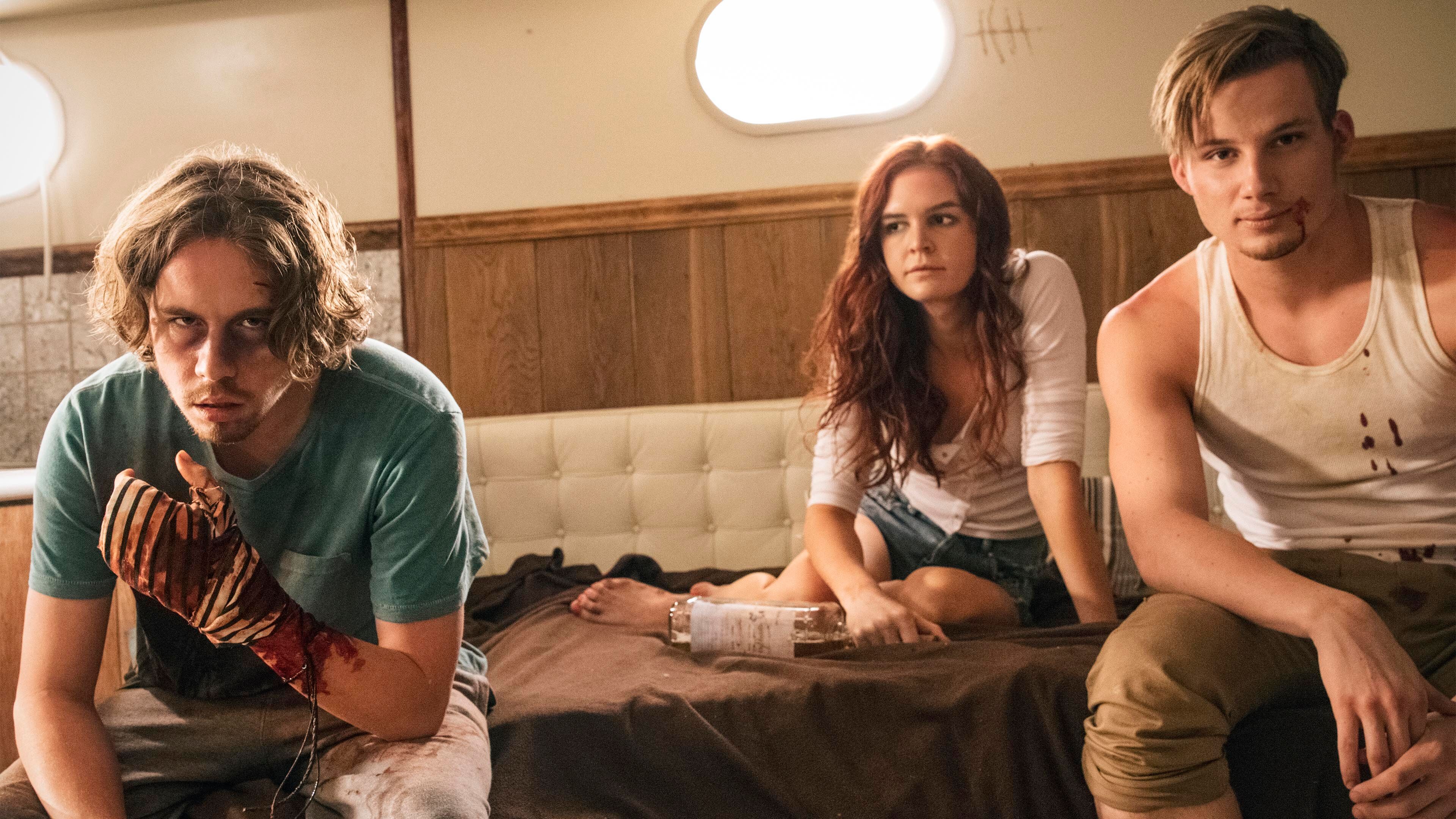 The film isn’t exactly a horror, but it’s also unfair to say it’s firmly “not horror”. Tonally, it plays as a black comedy with so seriously intense moments and a good use of horror tropes. With the intensely gory scenes in the film, it’s probably fair to use the term “red comedy” that Mick Garris has introduced to describe films that push beyond the stand black comedy trappings into darker and bloodier ends. No matter what it’s called, however, this is a deeply fucked up and wildly unique film that shows an artist with a warped and powerful vision.

Harpoon is currently in the midst of a festival run and will hopefully be more widely available in the coming months. Follow the film’s status at the Yellow Veil Pictures website or the releasing company’s Facebook page.