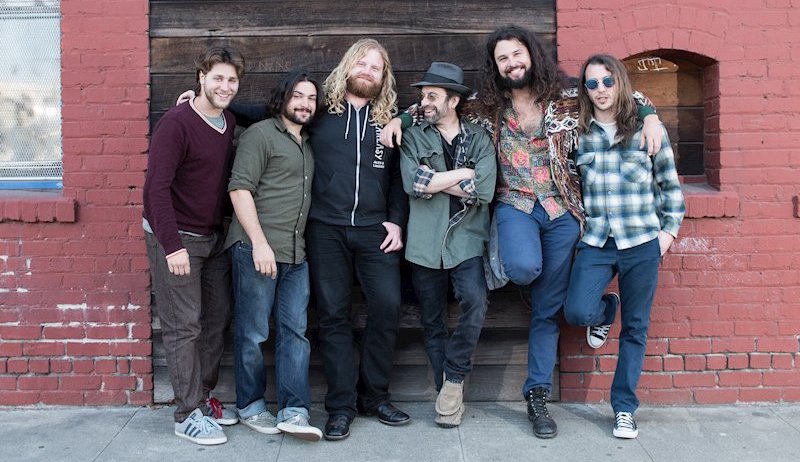 Dan Ingberman from Crooked Flower, a band we’ve featured here before, is a prolific songwriter. He loves writing music and, in time, he’d accumulated quite a collection of classic rock inspired tunes that just didn’t fit into the mold of what Crooked Flower does. Naturally, it was a sign that he needed to gather up some musicians who like to play these kind of tunes to form a side project.

With influences ranging from Southern rock to progressive rock to jam music, the group that formed became known as The General Maynyrd Band. The collective has now released their debut LP, a self-titled collection of 10 tracks that fans of Styx, Allman Brothers, Grateful Dead, King’s X, and Hawkwind alike will find pleasing to the ears.

While all 10 tracks have their own flavor, the album’s 6th track really captures it all with its rocking sound, progressive influences, and its title. Simply put, The General Maynyrd Band can’t stop rockin’ and there’s no better way to send that message than with a song called “Can’t Stop Rockin'”.

The entire album is available now on Spotify and most other major streaming services. Check out “Can’t Stop Rockin'” below!