Huuuh?Podcast had the opportunity to talk with actress Ashleigh Morghan about her new movie, Head Count (2018) which released Friday, June 14th.

The film, which is directed by Elle Callahan, is appropriately described by Ashleigh as “old school horror” where the true nature of the adversary is not revealed until much later in the film. This was an aspect of the process that intrigued Ashleigh; Elle held many characteristics of the antagonist close, revealing only what the actors needed to know, when they needed to know it. This allowed for what comes across on the screen as natural reactions to what is unfolding before the characters eyes.

The location of the film, Joshua Tree, and the home itself became undeniable characters. In this isolated, and highly creepy location, everything can be seen as something that it is not. Ashleigh mentioned the shed in particular, as being a place she did not like; it being able to heighten her own fears. She agreed that living in this world, away from the hustle of LA, amplified the story for the actors and hopefully the audience. It is a welcome departure from the jump scare that we have all come to expect. 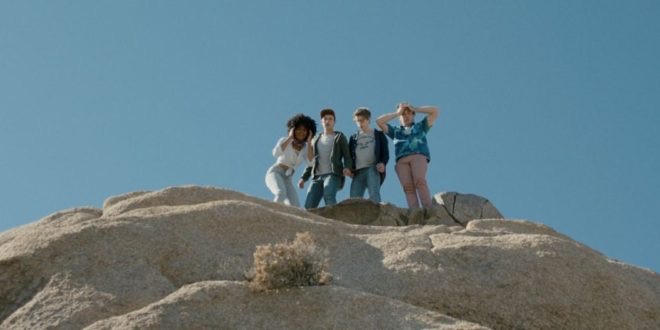 We had the time to talk a little shop as well and Ashleigh told us that she thoroughly enjoyed doing her own stunts, but, admitted that at time they “pushed her athletic ability”. Her experience filming Head Count has opened her up to doing more genre work in the future, helping her to further face her own fears. Looking for more thought provoking horror, that will have everyone confronting monsters not readily visible on the screen, but ever present in our minds.