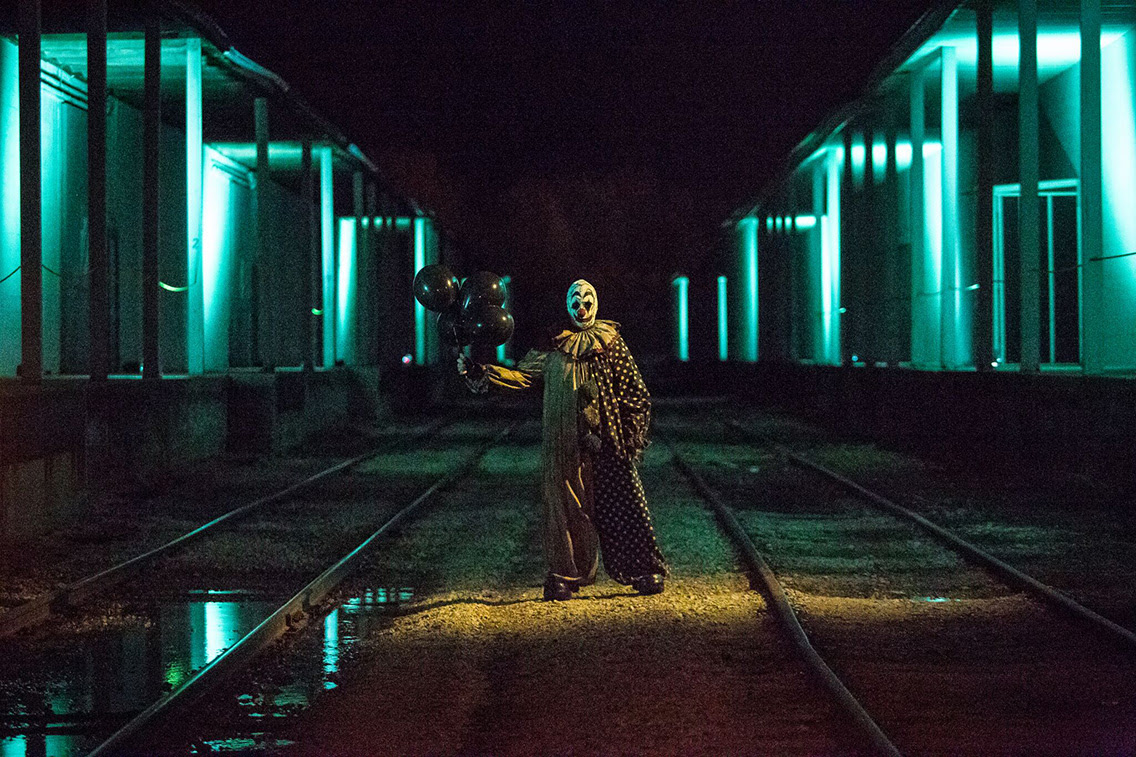 I am not one for clowns. Never have been and probably never will. They’re creepy and just give this weird vibe that I’m not a fan of. I’m looking at you Ronald McDonald. When Gags was presented to me I was hesitant… but after hearing some hype, I became overly curious.

Gags the Clown is based off of director Adam Krause’s short film Gags. An unidentified man has been dressing up as a clown and lurking around Green Bay, Wisconsin. Gags has been taunting teenagers, police, and anyone who is willing to give him the satisfaction of attention. Gags, however, isn’t a fun clown. Though the clown itself may not be causing vile damage with his own hands, he walks around town with black balloons filled with a white powdery substance that when popped around its subjects leads them to perform horrific types of self mutilation in a drug like state. Once the media finds out, it’s no holds barred for Gags as he continues to cause mass hysteria.

Originally, I was hesitant on this film; however, it’s pretty fun to watch and a great kickstart to the spooky season! This is very reminiscent of the time when random individuals would dress up as clowns to scare people around their neighborhoods, albeit in Wisconsin. The hysteria when this came around was large and who do we have to thank for that? Media in general is who we have to blame. Everything needs to be amped up to the next level these days, so in Gags the Clown, the news outlets are all hot on Gags’ trail while teenagers are hunting him parallel to a YouTube ranting ex war vet who wants to eliminate Gags from Green Bay by gunfire. This raises the question of who do we fear more, the hysterics forced on us from the media or the clown and its devious ways? I say both, leaning more towards media filling our heads with overhyped emotions.

One of my favorite parts of the whole movie is Lauren Ashley Carter (Imitation Girl, Darling). She nails it in her role as new broadcaster, Heather Duprey. She gracefully switches from a bubbly on screen broadcaster persona back to her characters true self once recording stops. Being a huge fan of her prior work, she excels more and more as time goes on and makes everything look so easy. Not to mention, she can scream! There is one small segment where she lets out a scream that should be in every horror movie. It is ear piercingly superb! 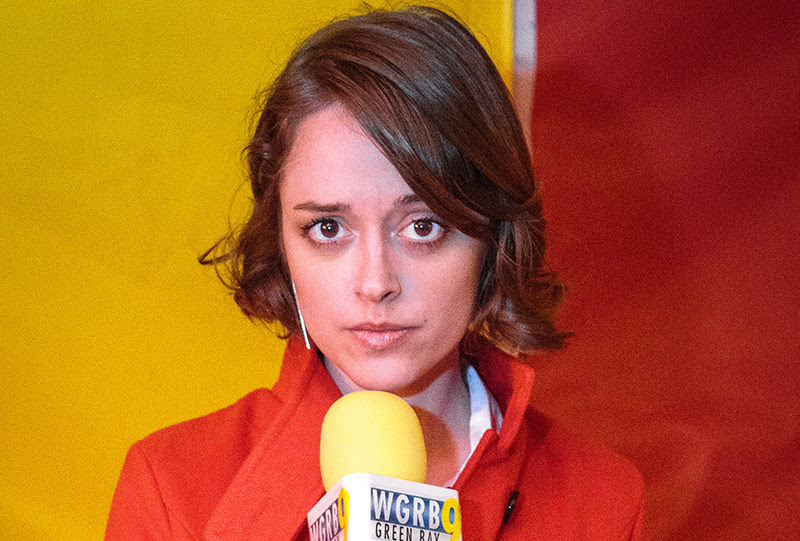 Though I may not be a “found footage” or first person film fan, this movie’s utilization of cameras is impressive. From body cameras, security cameras, phones and news cameras, the movie is shown through through lenses other than what you’d normally expect. At times you may not even realize that you’re watching the movie through the body cam on a police officer. It completely works for this movie and only ups the ante in the realm of uneasiness as jump scares are at a minimum and tensions are high.

Gags the Clown misses some umph it needs to take it to the next level and it may not be everyone’s cup of tea, but I enjoyed it. It also has some awesome Killer Klowns from Outer Space vibes mixed with it when carnivals come to play. A mere hour and a half is all you need to set aside for this one. This is Adam Krause’s first feature film and I’m very excited to see where his career takes him.