In preparation for some awesome events at this year’s Sleepy Hollow International Film Festival, I was able to talk to some of the great greats that will be there. On of the more incredible and fun events looks to be a table read of Plan 9 from Outer Space with a star studded genre comedy cast. I was lucky enough to catch up with Dana Gould and Janet Varney about the event and more. 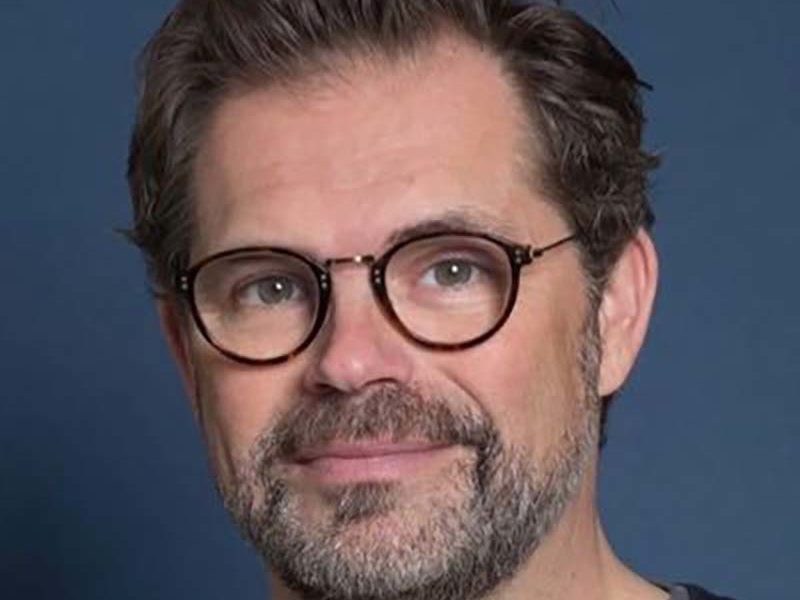 Let’s start with the reason for our chat. Tell us a bit about the special event you’re doing at Sleepy Hollow next month.

I will be joined by a cast of 11 of my funniest friends to perform a live staged reading of Ed Wood’s famously not great movie Plan 9 from Outer Space.

The idea originally came from a friend of mine named Chris Nichols. Chris was organizing a benefit show for the Bob Baker Marionette Theater in LA, which is a beautiful, historic building that developers are dying to turn into an ugly parking lot. Chris came to me with the idea of doing a live stage reading of the script. It was one of those, “Why didn’t I think of that??” moments. It seemed like the next best thing to inventing a time machine and going back to the 1950’s and somehow putting your butt into the actual movie. I cast the first show out of my address book with comedian friends and actor pals, and just having them read it straight… I have to tell you, I knew it would be funny, but I had no idea how funny. How consistently funny this script was all the way through. All the way through. There is not a dead patch in there.

What’s your history with Plan 9 and the works of Ed Wood?

I became aware of Ed Wood and Plan 9 in the mid 80s. I was a comedian living in Boston and my friends Tom Kenny (now the voice of Spongebob) and Bobcat Goldthwait (who is in the cast) would rave about how hilariously terrible this movie was. I watched it for the first time at their apartment and, although they were undeniably right, I also fell in love with it. It was everything I’m into rolled into one. It’s a horror movie, a science fiction movie, and an (unintentionally) hilarious movie. Later in life, I because friend with Maila Nurmi (Vampira) who’s actually in the movie. But that’s another story. 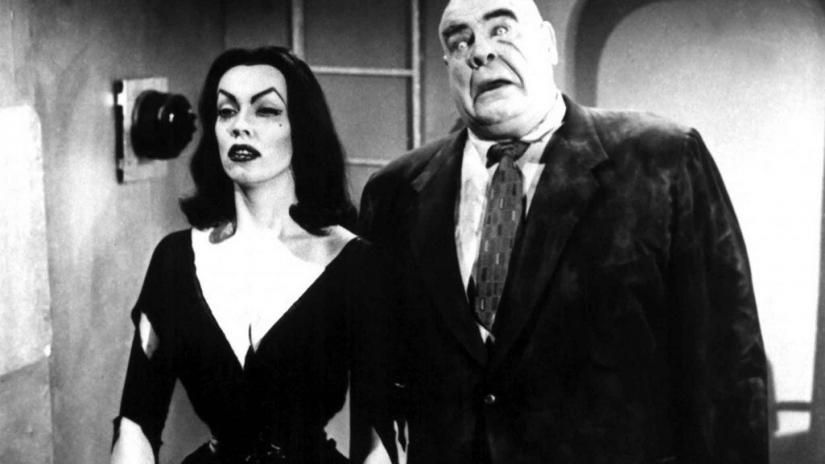 You’ve done a ton of acting, writing, and producing, what’s your favorite role in the industry? Does it differ if separating those roles in making TV vs. film?

I think of myself as a stand-up comedian who also acts, writes and produces, but I’m a comedian at heart. I get different pleasures from each one. Writing is very solitary. You get up, get the kids to school, sit down at your computer and grind it out. Even if you are writing something utterly ridiculous, like Plan 9, it takes a lot of focus and stamina. Believe it or not, I really enjoy that part of the process.

A lot of folks know you as of late from Stan Against Evil. How was working on that project? What did you love most and what do you wish you could have done differently?

Stan Against Evil was probably the most rewarding project I’ve ever worked on, in the sense that it started out as an idea I had standing in my kitchen and it went all the way through the process and became show. It was my attempt to make a horror show that was also funny – I’m sure you can see a pattern emerging here – and I’m very proud of how it came out. The character of Stan as it was originally conceived was much older and far less active in the stories, but when we got John C McGinley, I had to rethink it and it made the show much better. That’s a great example of how, unlike writing or stand up comedy, producing is a very collaborative endeavor. I try very hard to stay open minded and adapt to necessary changes. John’s casting was a great example of something I didn’t think of that went on to make the show much better. The only thing I would’ve done differently in the show is with the character I played, Kevin. He was originally envisioned as this creepy hunchback who worked at the cemetery and was always seen walking around town. He would maybe have one or two lines, but he didn’t really contribute to the stories in any meaningful way. He was just the sort of background weirdo. I kind of think that would’ve been a funnier choice.

I, personally, loved you in I’m Dying Up Here. That show got an unfair cancellation, in my estimation. As you’ve been involved in several shows, how do you handle when a show you’re involved with gets the plugged pulled prematurely?

I also loved I’m Dying Up Here but I think Mrs. Maisel stole its thunder. I think people can only take one TV show about the behind-the-scenes of stand-up comedy. It always stinks when something you’re working on that you love gets canceled. I was in a show called Mob City that Frank Darabont created that I absolutely loved being a part of, and I could’ve very happily spent 10 or 20 years acting on that show. Unfortunately, it’s the nature of the business that, with a few exceptions, 1 to 3 seasons is the norm. You just have to accept it and try to get excited about the next thing. 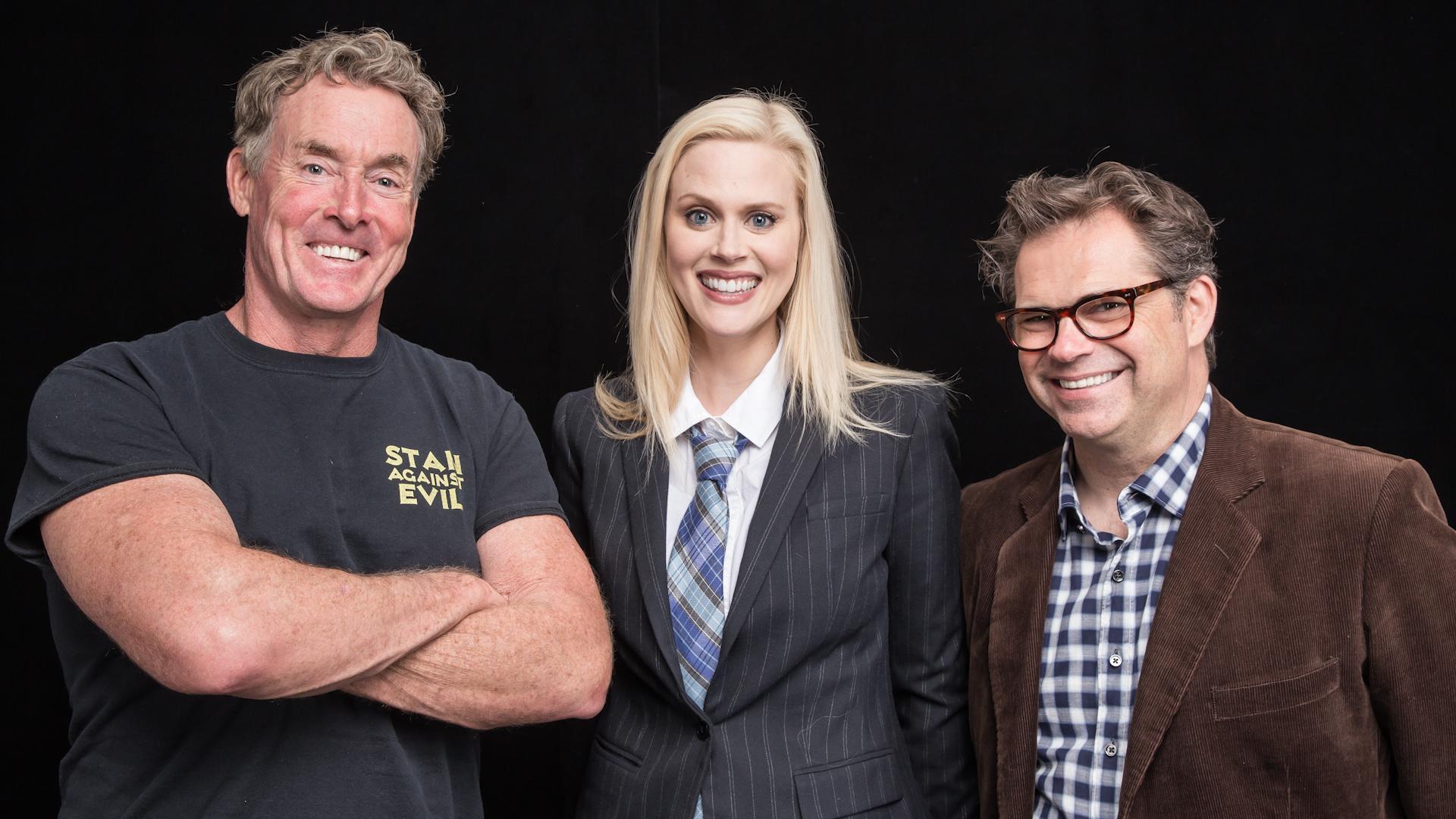 I’ll be talking to Janet a bit, as well. Do you have any particular experiences or stories about Janet you’d want to share?

Janet’s involvement in Stan Against Evil is quite simple in that there would not have been a show without Janet. I originally thought of the idea for Janet. The character of Evie was always Janet. I could never imagine anyone else on earth in that role. Unfortunately, it’s just the nature of a TV series, with a network and a studio and lots of important people with opinions, that I couldn’t just hand Janet the role. I’m not that powerful. So we read a lot of very, very talented people, but no one could touch Janet. She nailed it. Janet has a very specific quality in that she is incredibly beautiful, incredibly funny, but I also saw, for Evie, a sort of Harrison Ford quality. She’s a gung ho.

And with all that, she still did stuff on the show that surprised the hell out of me.

Before we wrap, what should people expect in when coming out to this fun event at SHIFF?

You are going to laugh, hard, for 90 solid minutes. And that is a promise. 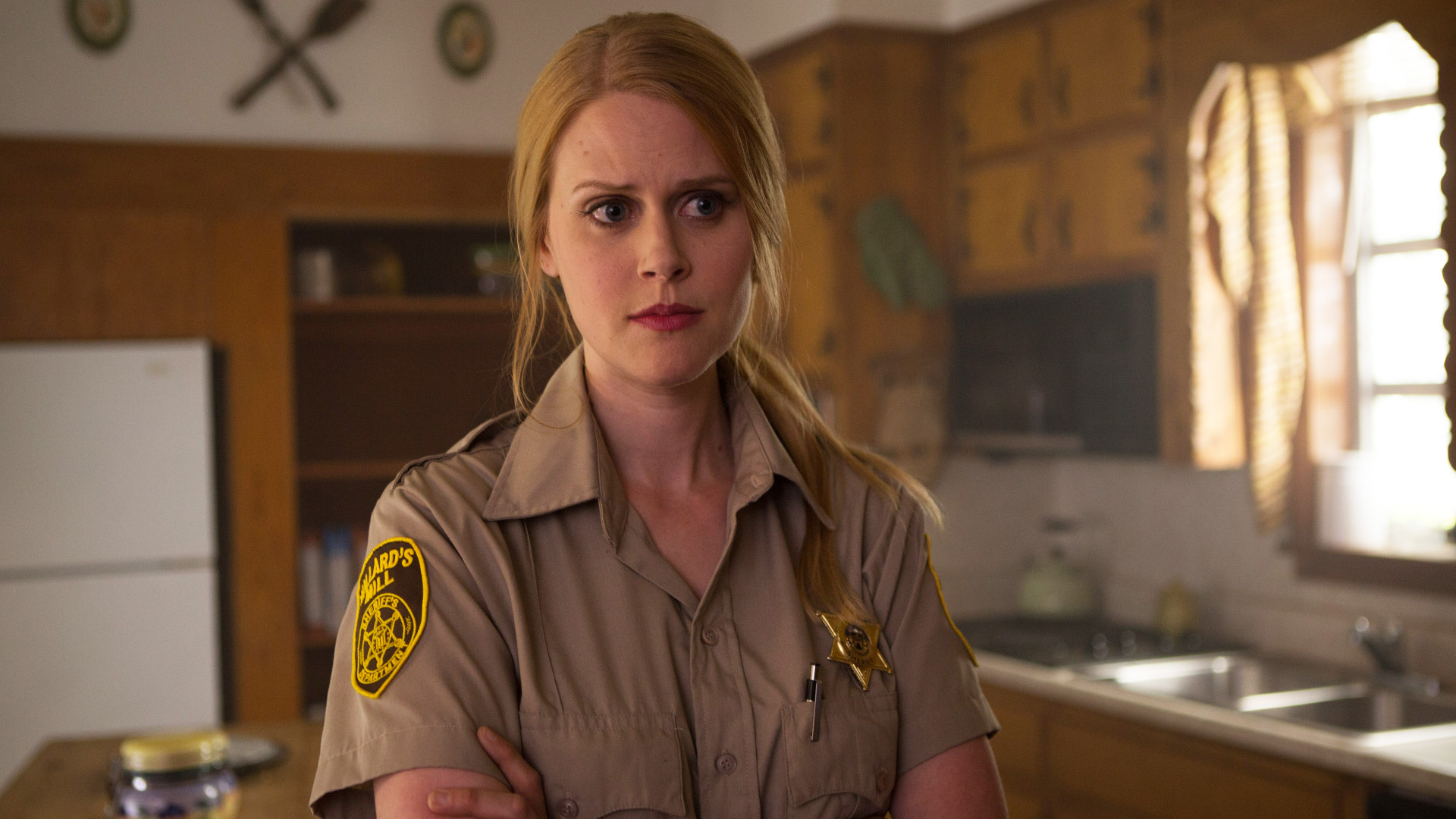 So, I ended my chat with Dana by asking him if he had any good stories about you? I’ll start this chat by asking you if you’ve had any fun experiences or good stories to share about him.

I guess the hardest part is teasing one particular memory apart from all of them, because there are many! I feel like I have a dozen or more “inside jokes” with Dana, but one that we like telling other people (and I wouldn’t be surprised if he told you this story or one like it) was the day Dana had to get into this slimy “cocoon” thing inside our Demon Baby’s lair — an homage to the people who get cocooned in Aliens. Our special effects guy, Bob, is like this incredible war veteran who used to go into tunnels to disarm bombs and whatnot, and now works in effects in movies. At one point when Dana was all wrapped up and COVERED in slime, Bob came up to Dana’s face, nose to nose, and said (I guess to make the slime more… sparkly?) “Now Mr. Gould, I’m just gonna blow a little of this pixie dust on you.” Which for some reason was the funniest thing Dana and I had ever seen/heard, so we still like to quote that to each other from time to time.

This upcoming event at Sleepy Hollow sounds like a blast, how’d you get involved in this project?

The credit goes entirely to Dana! He asked me if I wanted to be a part of the very first reading for this “adaptation” of the beloved Plan 9. I am a HUGE fan of this movie, so I was thrilled! And luckily he’s asked me to do it each time since.

What’s your personal experience with Plan 9 and the works of Ed Wood?

I just love this movie specifically, although all of Ed Wood’s work and his general… Ed Woodsiness… is kind of amazing. Plan 9 is so special in that it’s just utterly absurd and so deeply flawed, I mean cartoonishly so, that it shouldn’t work in the incredibly charming way it does. I just never get tired of it.

So, clearly you’re best known for the role of Attractive Woman Driver in Drillbit Taylor, but what have been some of your favorite jobs as an actor?

THANK YOU for recognizing my PIVOTAL ROLE! Favorite jobs… definitely doing the voice of Korra. Also Burning Love, Stan Against Evil and You’re the Worst. All characters I just absolutely loved and miss!

You’ve done some writing too? Do you think that’s a direction you’d like to head more into in your career or is acting really your favorite thing?

I love both! When I got to make the IFC show Fortune Rookie, the joy of writing for my funny friends was one of the best feelings I’ve ever had. And then shooting it with everyone- the teamwork, the magic of seeing your ideas come to life… it’s just an incredible feeling! I want everybody who wants to try that (creating/writing a show) to get to experience it.

Where can folks catch you on TV and in films these days? Any new projects on the horizon?

You can definitely still see things like Stan and You’re the Worst and Korra thanks to the wonders of streaming apps, etc. I’m currently co-writing a show my partners and I sold and it’s been a blast! And you can definitely hear me every week on my podcasts The JV Club and Voyage to the Stars!

Thanks again for the quick chat. Before we wrap, what should folks expect when they come see your stage reading on Plan 9 at SHIFF?

Honestly? To not stop laughing. My face always hurts after we do that show.