Motherhood is a tough road to drive down. You’re at the beckon call of everyone in the family and then some cooking food, cleaning the house or dishes, and being the chauffeur, all while completing your own personal to-do list and live your life. Having all of this commotion build up causes sleepless nights and a mass multitude of stress. In The Swerve, we see Dean Kapsalis tackle these primary concepts with a twist of terror.

The Swerve introduces us to Holly (Azura Skye), a high school teacher who is famished by how her life is in present time. She’s exhausted from doing everything for her seemingly ungrateful children, while she is slight in receiving affection from her egotistical and unfaithful husband, Rob (Bryce Pinkham). No matter what Holly does she cannot seem to lift her spirits to a happier state. To make matters worse, Holly has a dark secret that is haunting her on a daily basis. After a surprise appearance in Holly’s house by a mouse, and the continuation of life cripping around her, how long will it be until Holly loses it?

Azura Skye delivers one extremely stunning but heartbreaking performance. Her cry for help is completely sorrowful to watch. The Swerve showcases the deep dark world of depression and just how it can rule ones life. Everything is bothering Holly after a fateful and life changing accident occurs in her life. No one is helping her and the weight of the world is on her shoulders, even though to the outside world she has the perfect portrait of a modern home. Holly’s family can’t even seem to help as her spunky sister (Ashley Bell) is always narcissistic to her. As a viewer, you feel remorse and want to help Holly and almost kidnap her out of her life to help her start anew, but the pain and turmoil take over until there’s no turning back and regretful spur of the moment bad decisions are made. There aren’t enough claps in the world for Azura Skye performing the hell out of this role. It’s dark and distressing to watch herself plumit into her downward spiral hitting ultimate lows. 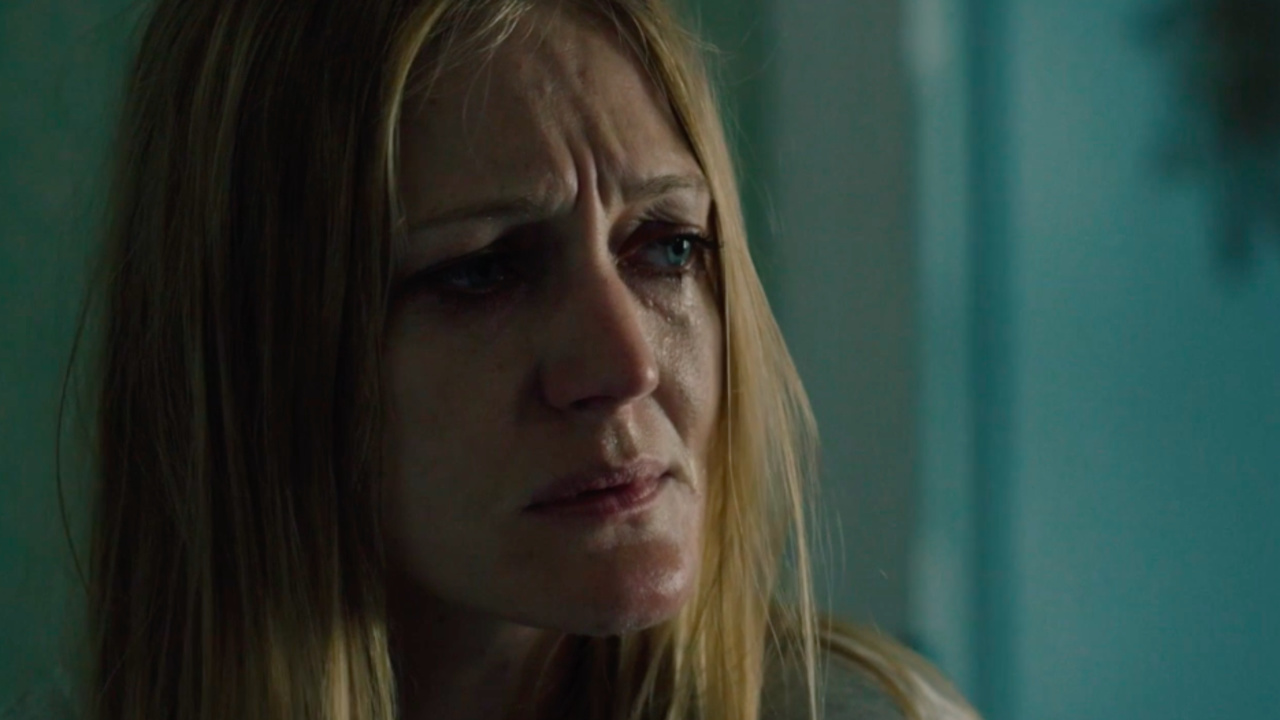 The even more astounding fact is that this is Dean Kapsalis’s debut feature film, and one hell of a feature at that. Drab colors compliment the loneliness and depression of Holly. The only colorfulness in the film is that of a grocery store where Holly’s self centered husband thrives. There’s no happiness to The Swerve, even up until it’s titular jaw dropping ending. This is what makes this film so good. It takes a subject matter and goes full force without letting up at all, and that is the real horror. To say I’m excited for what Kapsalis has in store next would be an understatement. From cast to visuals, The Swerve is a heavy toned film that will not be an easy watch for many, but I definitely wouldn’t miss it.

The Swerve made its East Coast debut at the Brooklyn Horror Film Festival tonight!