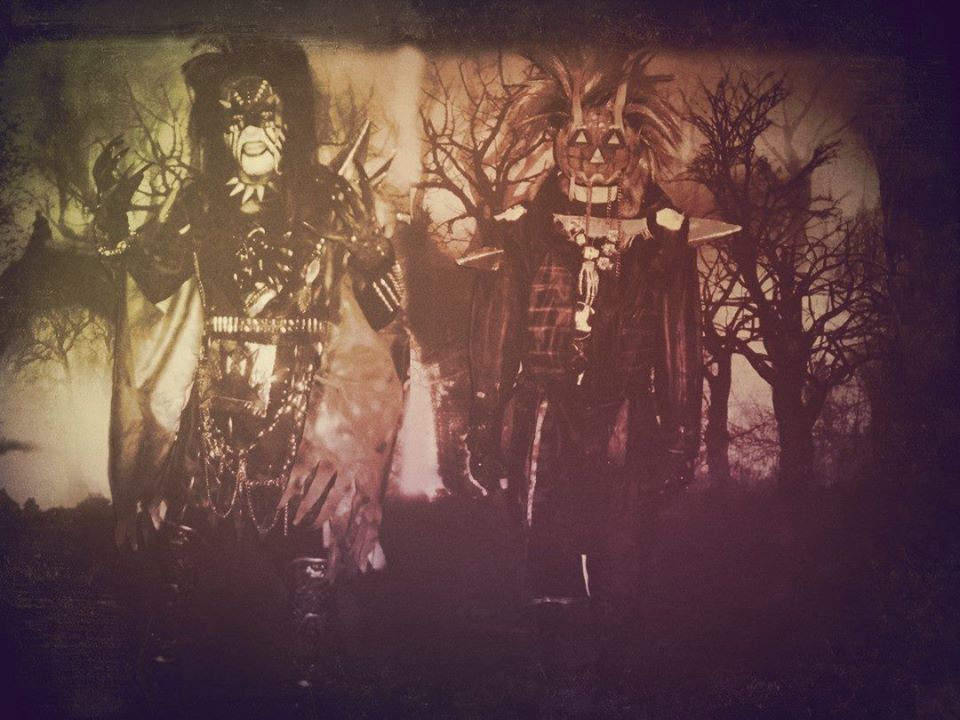 Finland is a very special place, taking the reign from Sweden and Norway they have become today’s top exporter of metal. In a country where metal demos have as much household commonplace as a loaf of bread, there is no end to the underground where four track recorders and basement bands. S.H.O.U.T is one of these bands. Formed by a costume maker and songwriter only known as Glamster, S.H.O.U.T is a dirty mix of horror punk and metal that started in 2013 and since then has eight releases. But for those unfamiliar with the legacy of S.H.O.U.T, their latest release Tales From The Monsters will serve as an excellent introduction.

A compendium of ‘best tracks’ from S.H.O.U.T’s varying releases, this release will anoint you in schlock rock with it’s ghastly groans and moans, punk rhythm and metal shreds. Opening up on the title track “Tale From The Monsters” kicks right in with a grooving bass line that feels right out of any 80’s horror introduction. A moderate punk beat builds the suspense and soon the growling vocals come howling in. Right off the bat this feels like one of those rare treasures you find on the bottom of a vendor box at some convention or festival. Lo-fi production, a dissonant tone and gruff attitude ring out from the speakers. Whether it’s avant garde or just another basement recording is debatable but it certainly has a unique presence.

Songs like Out of The Grave, Catch Me (Before I Kill), The Monster Under Your Bed deliver rocking and rolling tunes with schlock lyrics paying their horror homages. Upbeat with the punk attitude and crunchy guitars these tracks are the faster of the tracks on here. Others like I Will Wake The Dead, Ghost, Rock ‘Til I’m Dead slow it down for some classic downbeat that accentuates the grizzly vocals. There’s even some chorus moments featuring group vocals which reiterate the 80s influence on the project.

For someone like me who’s never heard of S.H.O.U.T and has a penchant for all things basement demo, underground and unique, Tales From The Monsters is an enticing release. Complete with a costume, Glamster shows up to bring it all with just the right amount of cheese and heart that makes any horror movie worth its salt. It may take a few beers but S.H.O.U.T will get you nodding along and appreciating that someone thought it up.