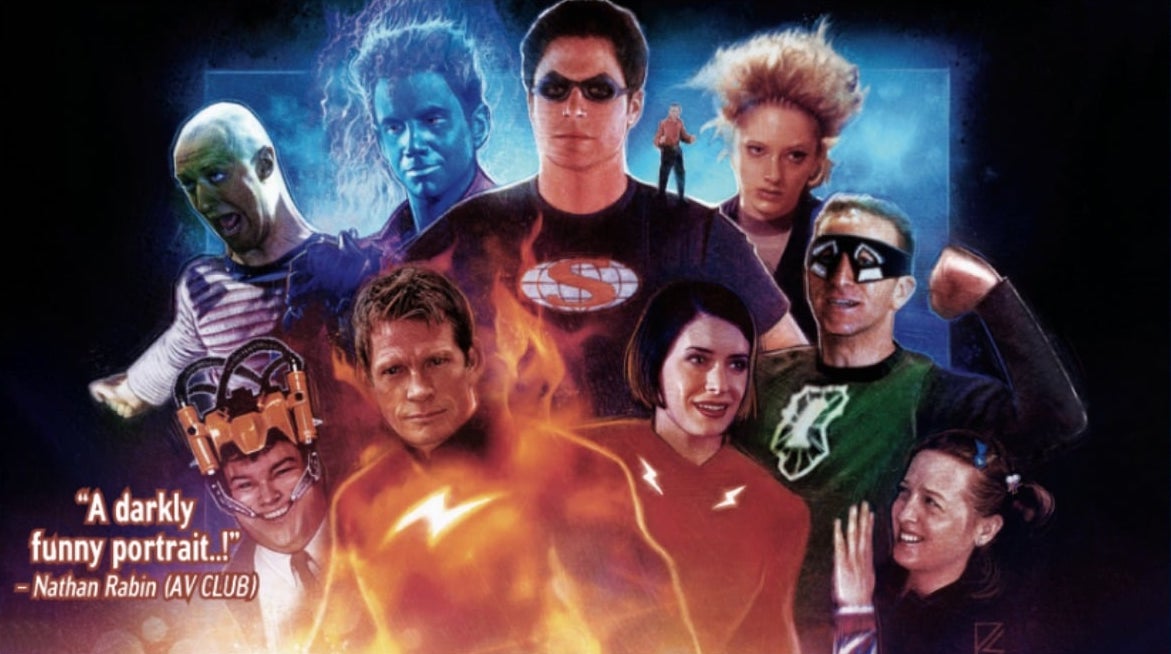 We all know James Gunn as the Guardians of the Galaxy guy and are excited for his involvement in the upcoming Suicide Squad sequel(s). Some of us think of him as the writer of the underrated remake of Dawn of the Dead, the director of fantastic creature feature Slither, and/or a former Troma creative team member. However, I doubt many of us ever thought much about this underseen and hard-to-find 2000 superhero satire The Specials.

While surely not as dark as his other superhero satire film, Super, or the fantastic Amazon Prime series, The Boys – The Specials isn’t the goofy fun of 1999’s Mystery Men either. Situated somewhere in between lies this gritty, moderately budgeted, and surprisingly star-studded affair. Gunn’s signature witty writing makes this Craig Mazin helmed joint something a bit different than the director’s follow up spoof film Superhero Movie or the other similar spoof films he wrote or produced like Scary Movie 3 and 4. The Specials is aptly named, as it really is something special.

Hard to pin down, the films unique tone is equal parts dark and slapstick comedy, with some fun superhero moments in the mix. Like the work of Gunn’s previous employers, Troma, it flirts with a variety of genres and finds itself in the fringes of such entertainment. Unlike Troma, it never dives headlong into full gross-out territory, though it has its moments for sure. In other words, this really has a strong James Gunn stamp on it and fans of his later work will see a lot here that finds its way into his later work, albeit with a much bigger budget these days.

Completists and fans of quirky genre fair would be smart to snag a copy of this one in short order, because the collector’s edition is sure to sell out.