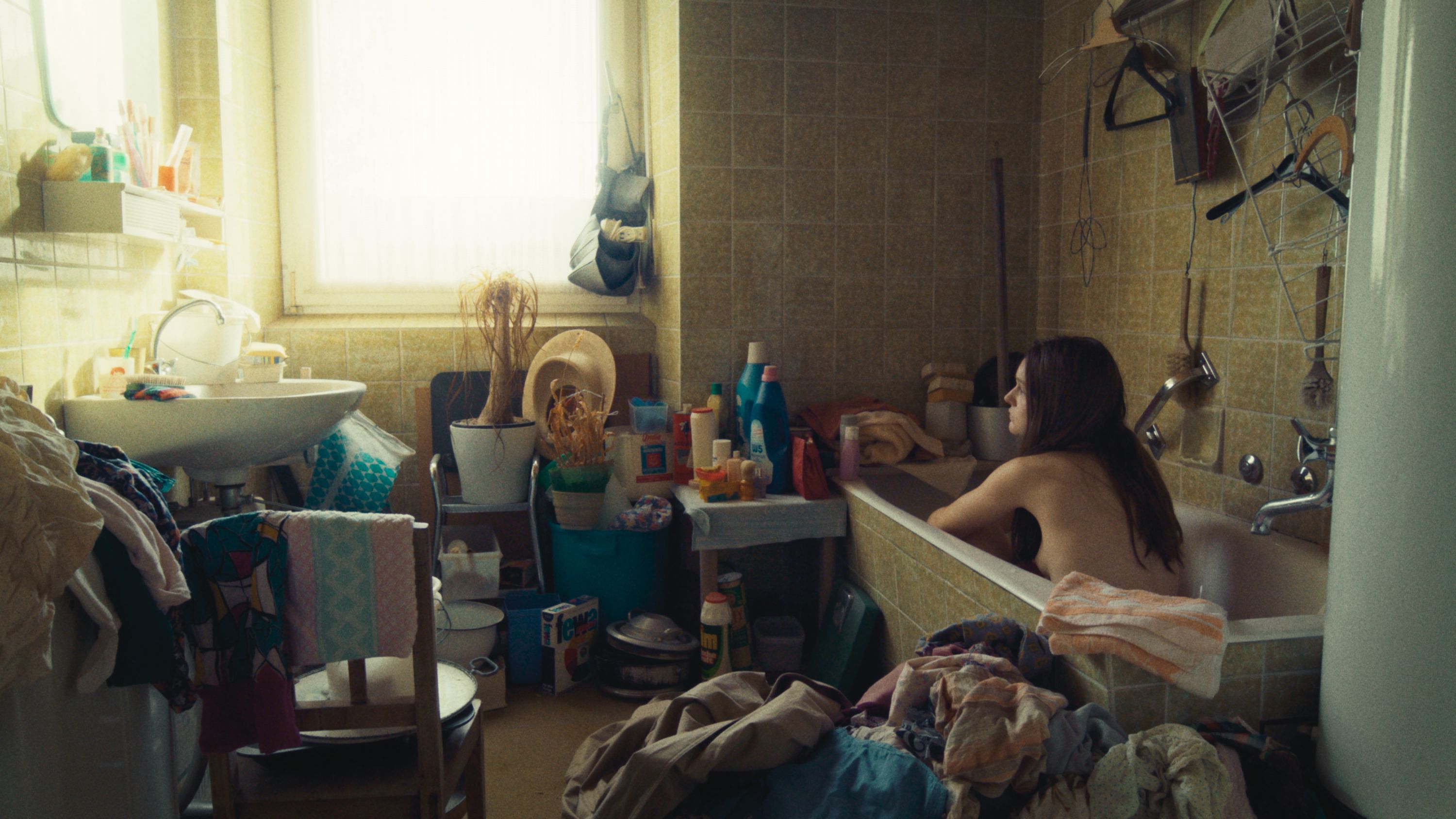 A beautiful thing about the German language is how it lends itself to these complex compound nouns that cannot be translated simply. A German word may need a whole phrase in order to be repeated in English. The German title of this film, Fellwechselzeit, can be read less elegantly as “moulting-time” – but Time of Moulting is both the most perfect and most upsetting way to translate the common storytelling genre, “coming of age”. Now, the dictionary definition of the word Molt:

molt: /mōlt/  verb, (of an animal) shed old feathers, hair, or skin, or an old shell, to make way for a new growth.

Moulting is a term typically associated with animals, but as humans grow, we do shed our hair and our dead skin – and dust contains a large percentage of that dead skin. Time Of Moulting is a coming of age story about a young girl named Stephanie growing up with her unbalanced parents in a house covered with dust.

Stephanie (played by Zelda Espenschied as a child, and Miriam Schiweck as she grows older) is growing up stunted, her often bedridden mother her only friend. She refuses to allow other children over to play until the house is cleaned, and it is never cleaned. Her mother (Freya Kreutzkam) dresses too youthful, brushes the hair of dolls, and seems incapable of handling any chores or responsibilities. Stephanie’s father (Bernd Wolf) sticks to his routines while silent and uninvolved, likely much older than her mother. As their home sinks further into decrepitude, Stephanie is rotting as well. 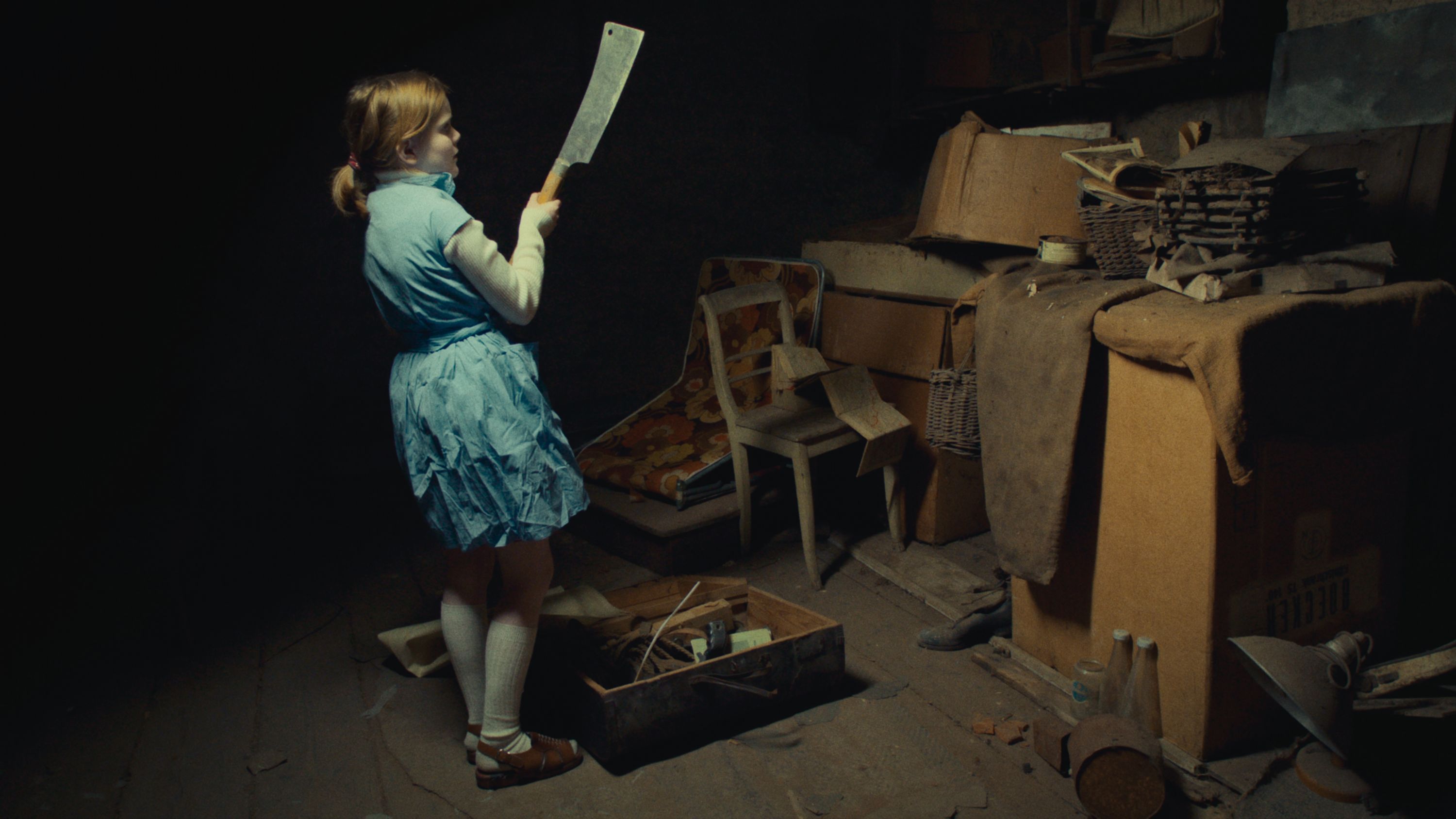 Time of Moulting is undoubtably a work of slow cinema, requiring patience and attentiveness to unravel its troubling story. The unsettling ambiance of every shot, however, is mesmerizing, with an approach reminiscent of Michael Haneke’s early films. In only her third year of film school, filmmaker Sabrina Mertens has crafted an impressive observational family drama that is tinged by a horror difficult to explain in words.

Mertens previously had only worked in non-fiction, which heavily influences the framing in Time Of Moulting. Each scene is a single static shot in which the clutter contained within becomes claustrophobic. Shot digitally, Mertens collaborates with cinematographer Jan Fabi for an impressive use of the video medium. Everything is carefully lit for realism, light sometimes barely reaching the edges of the frame. Stephanie appears swathed by the only light source, hinting at a coat of grime covering everything in the dim corners.

Mertens wore many hats on the project, including that of set designer. Her talents for shaping both tone and time are on full display, the attention to detail giving the movie an eerie verisimilitude. Set in the 70s, each framing is packed with knick-knacks true to the decade, but dirty and disheveled, as if this is a place that has been abandoned for years. The depiction of a hoarder’s home is without the typical red flags one would expect to see, so at first, I mistook it as messy. The more time I spent trapped in the space with these characters, the more it began to register, that things were being amassed, never discarded, never cleaned or tidied. They do not seem to be living in poverty, merely ill-equipped to be living at all.