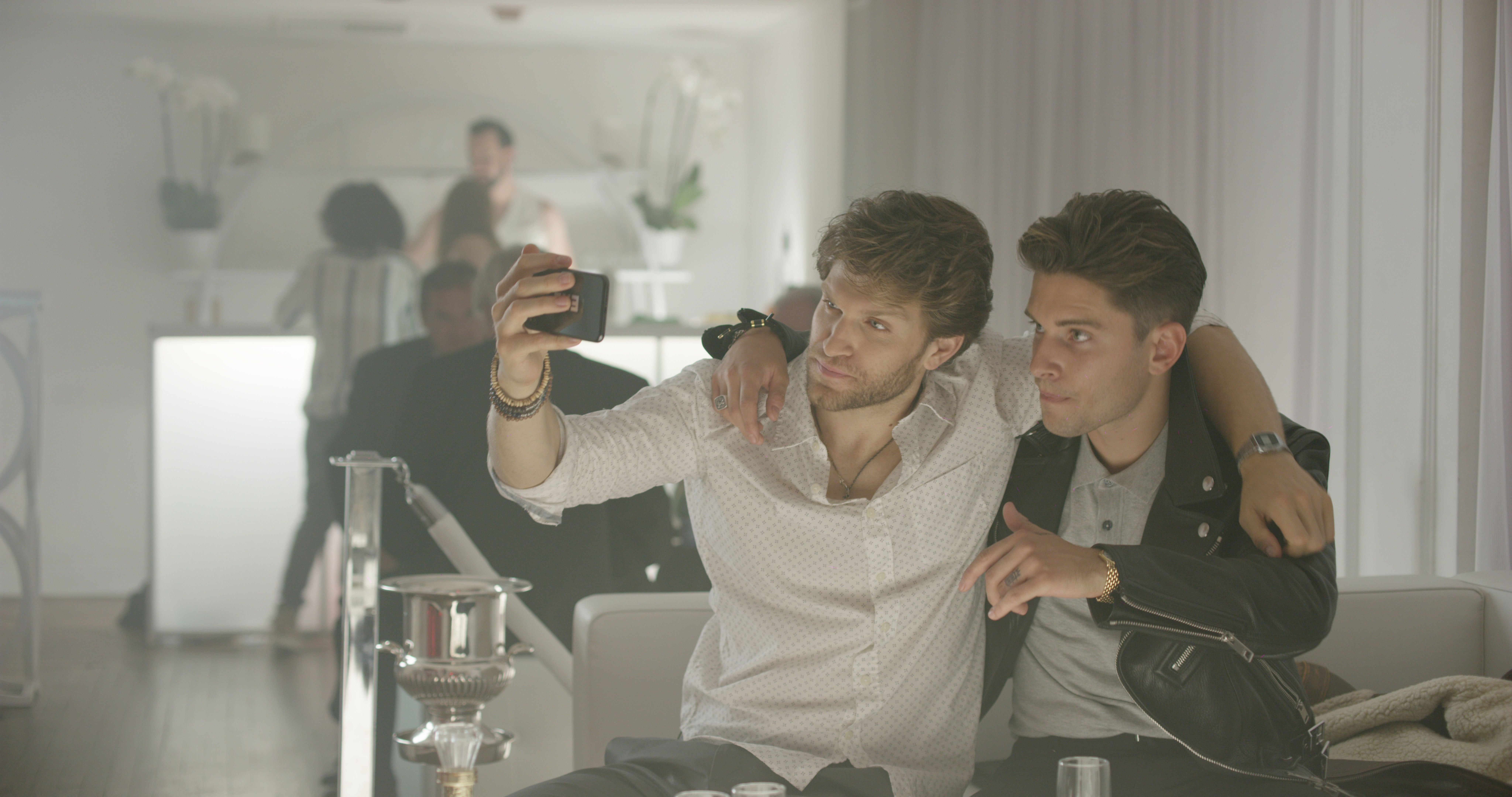 Although a late capitalization on the escape room craze of past years, No Escape provides what most seemed to shy away from and may stand the best amongst that particular sub genre. While many of the former films avoided the marriage between their premise and the torture porn genre, No Escape finds a way to lean in with a more palatable approach. There’s still kills that thrill and violent maniacs that pay homage to the likes of Hostel and Saw but this torture chamber knows when to take its hands off you and let you breath a bit. You will, however, root for nearly every character to die at some point.

Satisfying every violent urge one can have toward a self-proclaimed, let alone successful social media influencer, Cole (Keegan Allen) is a product of the digital age, a rambunctious self absorbed persona addendum to his phone and followers. These include both his social media numbers and his entourage; deadly prankster Dash (George Janko), old friend Thomas (Denzel Whitaker) and girlfriend Erin (Holland Roden). All of whom have arranged a mysterious trip for Cole to celebrate his 100th episode. Unknown to Cole, Dash has arranged with a Russian rich boy named Alexei (Ronen Rubenstein) who promises an “extreme experience.”

Live streaming every stop along the way, the group meets up with Alexei who introduces them to the fine living of Russian wealth and mafia. An encounter with local crime reminds the group that they are in a dangerous place and the adventure suddenly lacks its travelogue charms. A bit anxious they insist Alexei hurry along and reveal the surprise….an escape room. But not just any escape room, an escape room that has been custom made per each individual’s fear where anything can happen. A novel pitch for any escape room, but the whole warehouse in Russia set up really does give it an extra sketch factor.Before they do anything though, Cole needs to assure it’s streamed. Alexei assures him people will be watching… and away they go. 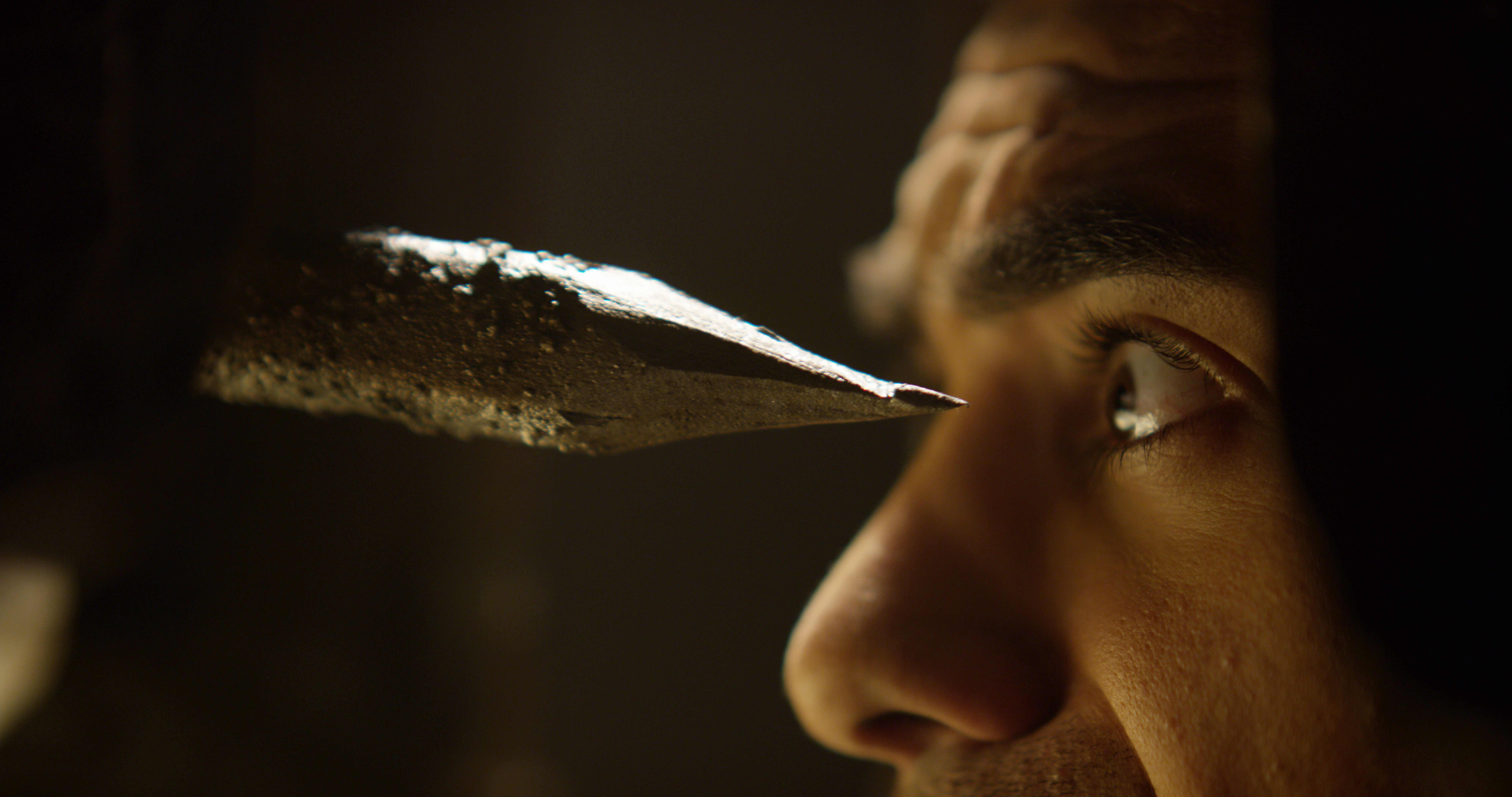 Cole awakes only to find his friends all trapped in a variety of torture devices and a timer, this escape room begins to feel less and less fun. Terror begins to settle in when his friends seem to suffer actual harm by electrocution, drowning and an iron maiden, all rigged by puzzles Cole must solve to stop them. But when the timer runs out and the group demands to be let out, they quickly realize that this is no game. And the pain is real.

Well devised in its execution of both terrifying torture set pieces and plot twists that turn the crank of a well devised apparatus for suspense No Escape feels like a kinder Hostel. But it’s exactly what makes this film work. Just as the rooms within the film change from amusing spectacle and persuasive terrors, the film tracks its tone with its escalation of the violence that leads to a climax of an inventive twist rather than goregasm. Though there’s still plenty of blood drawn and dragged into the spotlight in this escape room terror.

So if you’ve always wanted to get that chance to possibly reveal your secret love of torture rooms and destination vacations or perhaps wish to enjoy the puzzles death without the icky stomach afterward, No Escape is the solution. Out now on demand and digital!