Are we destined to live and die on this rock that we call Earth? Or did Christopher Nolan predict it right with Interstellar. There’s a line within that movie that states mankind was born on Earth; it was never meant to die here. What if we are truly living in the final days of this planet as we now know it? I’m not trying to be doom and gloom but speak realistically. We seem to be more divided than ever. Whether that catalyst is politics, COVID-19, or something else entirely.

In an age run practically by machines and social media; we seem to think division is our only option. Instead of listening to one another we’ve grown to speak on why the other party is wrong. We’ve fully calculated our argument before the other party is even done forming their full thought. Years ago, the future was imagined by filmmakers. Movies like Mad Max and Blade Runner sought a future of isolation and violence. That’s exactly what we’re seeing now. Some could argue we’ve stepped right into those dystopias and made them our future. As if we’ve turned cinema into prophecies.

Seth Larney is stepping into his own distant future with his science fiction epic, 2067. In a society, much like ours could be, a virus has wiped out the natural air supply. A corporation which is in charge of the world’s pseudo air supply sends a pair of mine workers (Kodi Smit-McPhee and Ryan Kwanten) into the future to find a cure for the world’s ales. Only on the other side what they find proves they weren’t ready for the answers. 2067 feels like the result of The Lion King and Planet of the Apes coming together. It’s interesting to note that the story takes place within three separate time lines. One being the 2067 timeline with the scientists working on the time machine. While another one takes place 20 years before in 2047 and another in a foreseeable future. It’s interesting to note the way in which Larney crafts all three time lines together in the end. The modern one feels fairly cut and dry until Larney finds a way to masterfully converge all together. 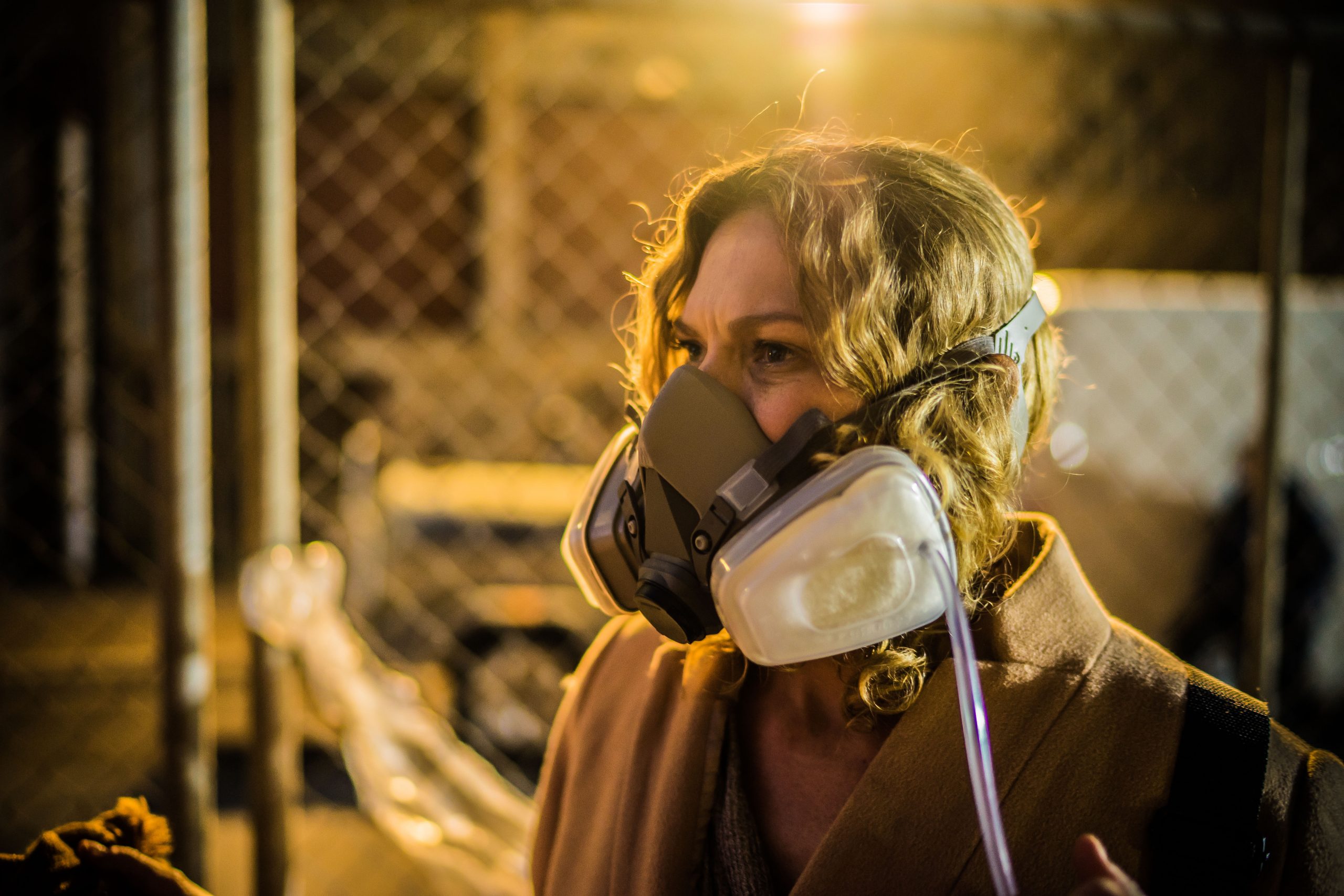 This movie does twists and turns fairly well continuously bringing redemption to good deal of characters along the way. Smit-McPhee and Kwanten have astonishing chemistry between one another. The pseudo brothers have a legacy that magnificently carves out the heart of the film. That’s one thing that 2067 does really well – it has heart. That relationship and Smit-McPhee’s tragic back story demonstrates the emotional foundation with utter ease. Movies like 2067 comes along every few years it seems like. 2014 offered us the aforementioned Interstellar. While 2017 gave us the long awaited Blade Runner 2067. Now we arrive in 2020 with 2067.

In a lot of ways, 2067 feels very similar to other offerings in the genre we’ve received before. The previous comparisons to The Lion King are woven throughout the timelines. Whereas the Planet of the Apes analogy comes in the form of the film’s central mystery. There are several times where the narrative can drag. Mix that with the fact that the plot can suffer from formulaic notions and generic science fiction tropes – this one is a mixed bag. It offers up stunning visuals, great performances and a compelling narrative that make boast a lot of heart.

Overall, 2067 might forge into future but it can’t escape the generic scientific formula of film’s past. The film pulls from sources like The Lion King, Planet of the Apes and more to offer up something familiar. Though, it’s the heart of the movie that stands out most. The performances from Kodi Smit-McPhee and Ryan Kwanten at its center will satisfy any film lover. The way in which writer-director Seth Larney masterfully converges three times is an impressive feat that demonstrates true vision and mastery. Despite its somewhat generic appeal, 2067 soars for the cinematic stars. 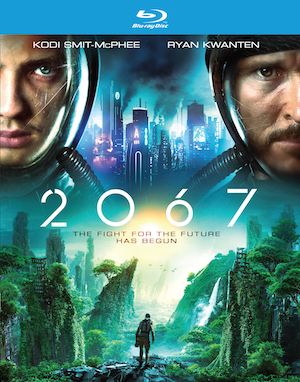 Should You Buy the Blu-Ray?

This film will most likely be a blind buy for most people. I would strongly recommend this to anyone who loves the genre of science fiction. Again, the movie is wonderful with truly great performances and stunning visuals. On top of a fun movie, you’re also getting a great deal of special features. While they might not be much they are sure to satisfy the cinephile and physical collectors; rather than casual movie watchers. The Blu-ray comes equipped with a director commentary. That alone is worth the cost of the movie in physical format. Add in the additional features that cover everything from cast, visual aesthetic, the music and more. This Blu-ray is a strong recommend from me! You can pick it up everywhere beginning November 17th, 2020 from RLJE Films!