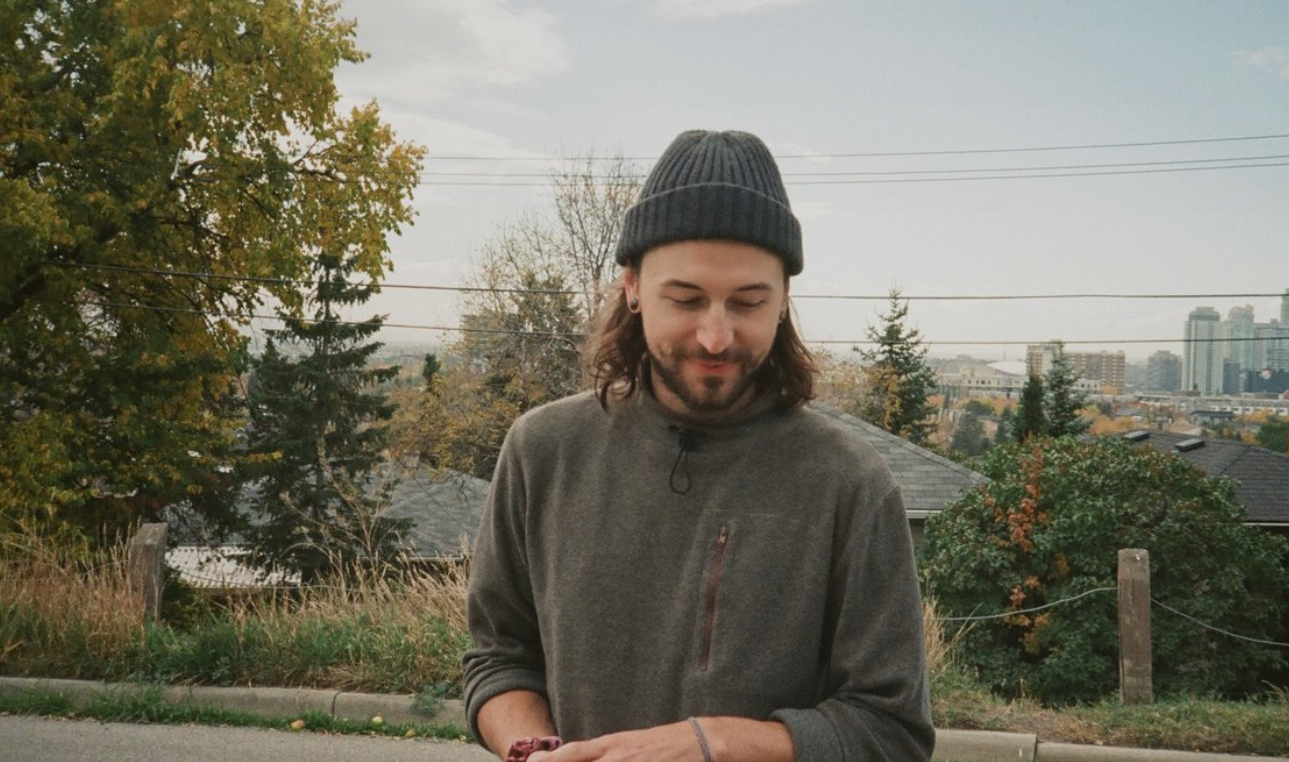 TJ Elkin took a break from the world, amidst all this chaos and hellscape that we’ve all been experiencing, and set himself up to heal. That healing came through music that poured out of him into his Calgary, Alberta, Canada basement. He decided that this vulnerable catharsis was worth sharing with the world in hope that it can help others heal, as well. This resulting release is SEL Fellow, the EP released by his new project Tawni Bias this past October. Playing with sounds, concepts, and instruments, his healing sounds vary from track to track. Some work more than others for this particular reviewer, but that’s what healing is… it’s sometimes beautiful and sometimes messy. And, in the case of the song “Two Poodles One Cake”, it’s the sheer beauty that takes me away to my own place of healing.

The second track on SEL Fellow and the first full song – the first track is a 36 second track entitled “Admonition” that plays more as an intro that a full song – “Two Poodles One Cake” blends trumpet, keyboards, and guitars with several layered vocal tracks to create a sound that feels like Coldplay, Polyphonic Spree, The Shins, Travis, Sufjan Stevens, and Iron & Wine all came together to create a subtle, tender, and soothing track with a very medicinal quality. Fans of any of the aforementioned bands are certain to find something in this song and this release that they truly love.

And with that, I present to you this week’s New Music Monday SoundByte, a song I have had on repeat through my stressful workdays and relaxing writing sessions alike, “Two Poodles One Cake”:

Grab the entire release at Bandcamp or visit tawnibias.com for more.