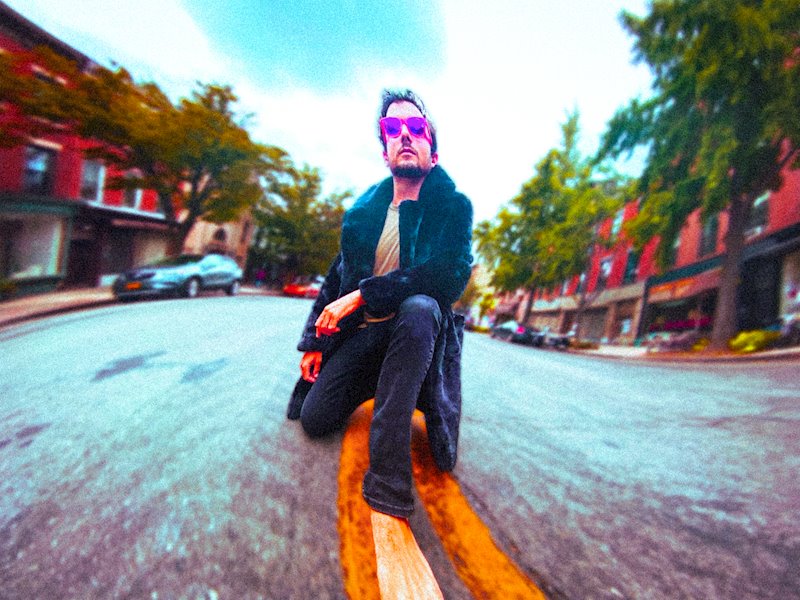 Even if I didn’t already know that Frank Cogliano was involved in the world of film and visual art, I’d figure it out rather quickly. The former NYC studio session guitarist turned film composer/music producer/audio visual genius has an undeniably cinematic vision and ear when it comes to his art… and as a huge cinephile that’s equally obsessed with music, that certainly suits my tastes.

As a member of the music team for a variety of projects ranging from independent short films to one of the most recent animated Mortal Kombat features to multiple VICE productions, Frank’s music may not be entirely foreign to you. There’s a good chance his score has crossed many of the earholes of those reading this very review. However, it’s this latest album, where he has full control of everything from the first note to the visual decisions, that can truly give us insight into the unique mind of one Mr. Cogliano.

Released last month, Computers of the World is a 17 track album that clocks in at just under 40 minutes. While most of the tracks are shorter in length, they pack a punch. And, many of them have fantastic accompanying “official visualizer” music videos to help paint the full picture of what Frank whats us to not only hear, but see. Above, you can view the accompanying visuals for this reviewers favorite track, “Downtown”. Below, you can see the visuals for the far more ominous sounds of “Evelyn Horne”. You’ll quickly notice how distinctly different the visuals are from one another, but how well they compliment the compositions they are synced up to.

The Brooklyn based artist has several of these videos that enhance the experience of the album, however one need not watch if they’d rather strictly close their eyes and envision their own cinematic landscapes and scenes while playing the album for themselves. This is the beauty of Frank’s work. We can see glimpses into his mind, but also welcome our own visuals to his great tunes that can grow and advance with each listen.

If I’m not being perfectly clear here, I really enjoy this album. My mind also operates very cinematically, especially as I listen to music. Thus, it’s not hard to understand why I’d connect with the music of a film and television composer so easily. Yet, I don’t think you need a mind like mine to connect to well composed and performed electronic music that could be compared in sound and scope to the likes of Brian Eno, Aphex Twin, and the great John Carpenter.

Right now you can stream. the album at all of the major platforms, but the album is also available on limited edition vinyl via Frank Cogliano’s Bandcamp page. You c