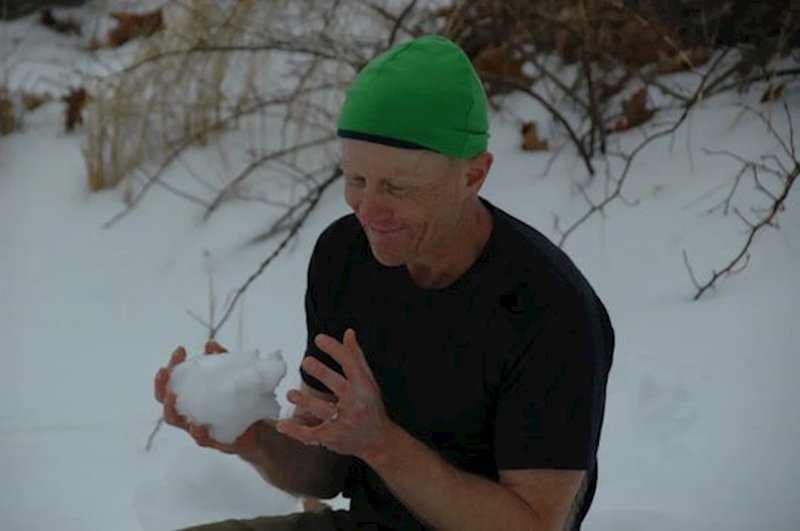 Long-time musician and accomplished music scene vet Markus Belanger is The Last Optimist. With a musical background that includes playing trombone on stage behind The Four Tops and The Four Seasons, playing in an influential emo-core band in the 90s, and significant folk music cred, Belanger’s musical biography is rather impressive. Blending these various experiences and an even broader range of musical influences, The Last Optimist crafts indie folk flavored singer-songwriter fare that’s unique, extremely well written, and quirky.

The soul of the songs is evident on this moment is gone, the new 6 track EP from Belanger. Along with him, pianist Sam McArthur and drummer PJ Donahue add depth to a few of the tracks, but it’s the songcraft of Belanger that’s on full display. The unique blend of musical influences is rivaled by Belanger’s singular vocal style and his way of weaving a social message into his storytelling lyrical style. Of course, the social message is no mistake, as The Last Optimist has noted that its central goal is to “de-stigmatize mental health, to build community, and to pull behavioral health out of the darkness and into the light” and Belanger’s day job is running an organization working hand in hand with local governments on the goals of furthering mental health care and reforming the system.

While each song tells a great story and there are no tracks that fall short of creating a perfect word picture framed with simple but masterful melodies, this reviewer told a particular liking to “youngest American ninja warrior”. It would be difficult to explain what specifically is so unique and enthralling in an effective way. There is a classical minstrel quality to the song that carries throughout and juxtaposes well with the more modern references and elements.

Each song share some of these qualities mentioned above, but it’s with this track that this particular vibe is defining. It’s not a vague feel of a minstrel here, but a song structure that actually mimics the olden days of the Shakespearean minstrel. This particular song plays well off of that structure to present a story that has specifically modern elements, thus creating a really clear old vs. new aesthetic that feels different than the other tracks here, despite still belonging entirely within the grander sound and musical picture painted here.

But one of 6 great tracks, the entire EP is not to be missed. You can find the EP and more over at lastoptimist.com.