Insiders to the U.S. prison reform movement are now familiar with the term “justice reinvestment.” For those unfamiliar, the Justice Reinvestment Initiative (JRI) is a movement that began nearly a decade ago as a framework for reducing America’s exorbitantly high incarceration rate, which is unprecedented both in historical and comparative terms. The out of control size of the U.S. prison population (popularly referred to as “mass incarceration”) is well-documented. We are home to 5% of the world’s population but 25% of the world’s prisoners. After decades of stability from the 1920s to the early 1970s, the rate of imprisonment in the United States more than quadrupled during the last four decades. We now house more prisoners than China, despite the fact that China has more than four times the civilian population of the United States.

JRI is a data-driven approach to improving public safety and reducing prison populations. JRI works through a three-step process:

Through federal funding and support from a consortium of partners and think-tanks, nearly half of the states in the U.S. have now undertaken the JRI process in order to rein in their prison spending and reduce their prison population. In my home state of Pennsylvania, our criminal justice system has gone through the JRI process two times during the last decade, and is preparing to embark on a third round of JRI.

An absolutely crucial part of the JRI strategy is the third step in the process, the “reinvestment” step, in which short terms savings are reinvested into longer-term strategies for further achieving prison population reductions. Oddly enough, some states in fact never reach the third step. This is odd given that “reinvestment” is an operative term in the label “Justice Reinvestment.” There are probably a variety reasons why the “reinvestment” step is difficult. One challenge is choosing among the broad menu of options that are worthy of being invested in. A case could be built for reinvesting in any policy or practice with an empirically proven record of reducing crime and the prison population. A number of effective policing strategies deter crime, which in turn reduce the number of people coming to prison. Similarly, effective probation supervision strategies reduce re-offending and thus prevent offenders from graduating to the prison system so to speak. There are a variety of alternative sentencing and diversionary treatment programs which have also been shown to reduce recidivism that could be invested in as well.

One critique of the JRI movement is that policymakers haven’t thought creatively enough about reinvestment options. There are a lot of things outside of the purview of the criminal justice system that could effectively reduce crime and thus eventually reduce the prison population. A prime example is early childhood intervention. For example some research shows that expanding availability of quality pre-k education to at-risk children reduces their later likelihood of turning to crime and going to prison. Yet not a single JRI effort that I am aware of has specifically earmarked JRI savings for reinvestment into early childhood education funding.

In some sense this is understandable. Funding something like pre-k education, which will only reap benefits outside of the current career lifespan of today’s elected politicians, does not make for good politics. Politicians need to show results before the next election cycle. Changing the trajectory of today’s at-risk children won’t change the prison population for at least another decade.   Also, keeping reinvestment within the criminal justice system might simply be easier to implement. It is hard enough to coordinate efforts across multiple levels/agencies within the criminal justice system, and much harder still to coordinate between systems such as between the criminal justice and the education system. 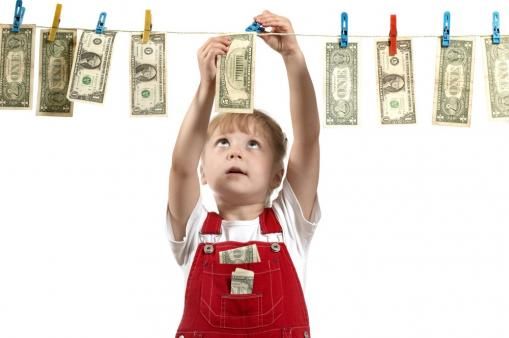 Second, even though early childhood interventions might represent crime prevention strategies that are well worth investing in, traditional funding sources are exceedingly difficult to come by for bringing such interventions to scale. Asking taxpayers to foot the bill up front is a difficult sell, especially when it is so easy to point to examples of wasteful government spending and mismanagement. In my opinion, raising taxes should not be the go-to option for funding early childhood interventions. Using JRI funding is a better strategy because it involves reallocation of money from one area of wasteful spending (i.e., over-incarceration) to another area involving a better return on investment. Cutting inefficient spending and reinvesting in smarter spending seems a much more desirable option than raising revenue through tax increases. In essence, the selling-point motto for JRI should be “smarter spending, not more spending.”

So what else might we invest in if we’re starting to think more creatively about JRI investment options, especially about those targeting early childhood intervention and leading to a larger return on investment? In my closing thoughts, I want to suggest one such option. What if we used JRI savings to invest in the abatement of lead exposure? Lead exposure recently grabbed national headlines because of the Flint, Michigan scandal in which government officials failed to provide safe public drinking water, resulting in a large spike in intolerable rates of lead exposure among Flint, Michigan residents. 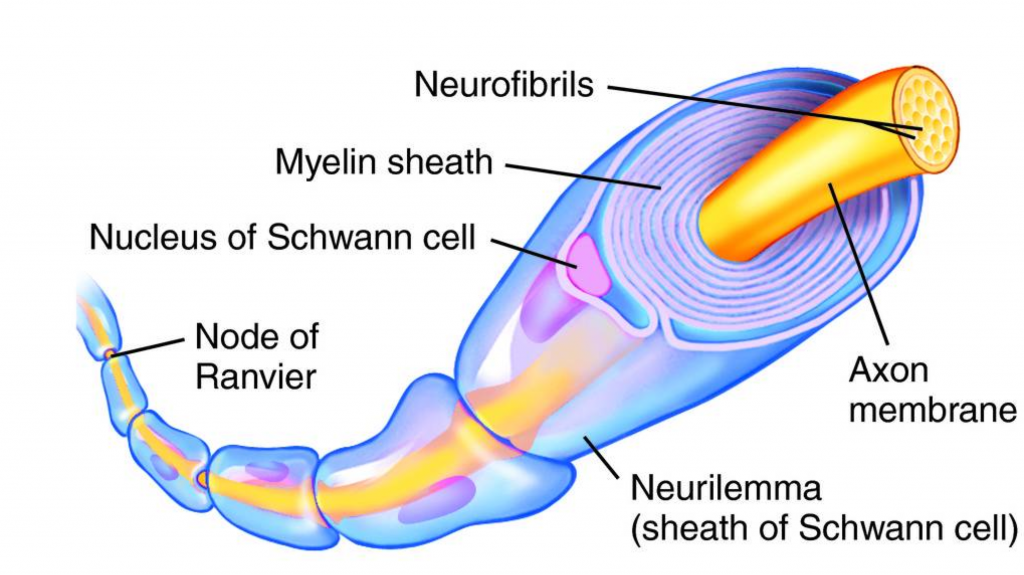 It has long been known that lead exposure increases the risk among children for developing lower IQ and ADHD. As it turns out, however, lead is not only highly poisonous, it is also highly criminogenic. Kevin Drum has written a wonderful series of pieces documenting the evidence behind this. Lead works in two ways as a criminogenic agent. First, it attacks the production of white matter in the brain (called myelin) which results in the network connections in the brain becoming slower and less coordinated. Second, it damages the prefrontal cortex area of the brain which regulates aggression and impulse control. Lead exposure is thus a double whammy. Several academic studies have now documented the relationship between early lead exposure among children and later delinquency and crime. 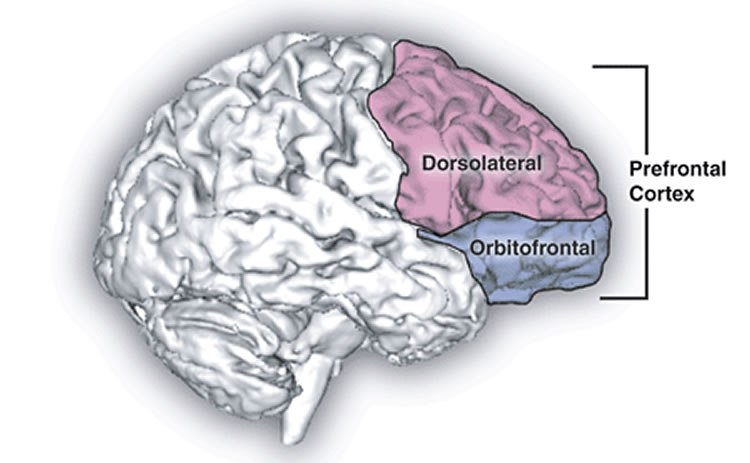 Kevin Drum’s piece also carefully documents the evidence behind the theory that the removal of lead in gasoline during the 1970s may have been largely responsible for the American crime decline that began in the mid-1990s which has continued ever since. In essence, the theory goes that as children born in the 1970s and thereafter were less exposed to lead because of its removal in gasoline, crime rates among that generation started to decline when they reached their crime-prone age in the mid-1990s. Drum makes a convincing case.

Before Flint, Michigan, lead exposure also surfaced in another recent news story last year. Remember Freddie Gray? Freddie was the Baltimore youngster whose run-in with the police in early 2015 resulted in him dying in the back of a police van, which set off chain of protests in Baltimore surrounding aggressive policing tactics. As attention started to turn to Freddie’s history of delinquent behavior, media accounts also started to uncover at least one source of his delinquent behavior – high levels of lead exposure. Freddie may not have had a chance in life from an early age. Freddie lived in a house in Baltimore where lead paint literally peeled off the walls. A story in the Washington Post carefully detailed Freddie’s over-exposure to lead from an early age. 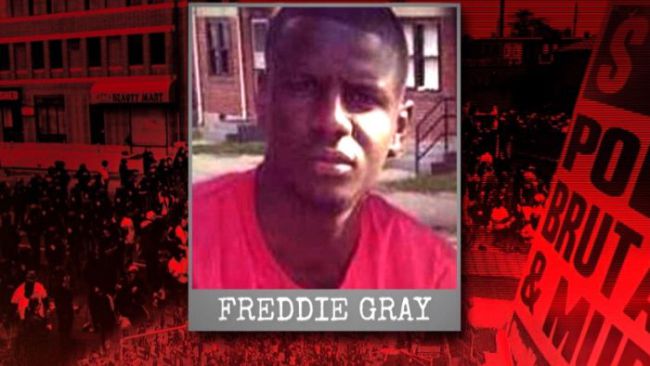 While the removal of lead in gasoline during the 1970s was a major advancement, children are still being exposed to lead from two major sources: residual lead in soil, and lead paint in old homes. In a frightening recent piece in Vox, it was revealed that 18 cities in Pennsylvania reported higher levels of lead exposure than Flint, Michigan. In these cities, nearly 10 percent of the more than 140,000 children who were tested had levels of 5 or more micrograms per deciliter of lead in their blood, which is the threshold the government uses to identify children with dangerously elevated blood lead levels.

It is unclear what the price tag would be for complete elimination of lead exposure in high exposure areas. The return on investment is almost certainly large, however. So why don’t we look at a JRI proposal for reinvesting prison savings into a program for the abatement of lead exposure among children? This is just one idea for how we might start to get more creative in our thinking around how we can use our JRI reinvestment dollars.